Google is preparing to retire its Drive backup app for Mac and PC in the near future. Learn about your alternatives and how to prepare.

It’s official: the rollout of the new Google Backup and Sync app has deprecated the Google Drive syncing app for PC and Mac. The app, which let users keep their files, photos and other media synced across devices, was originally launched in April of 2012. Google’s successor to Drive, Backup and Sync, was launched in March 2017 and is a completely new app with different capabilities called Drive File Stream.

Google made the announcement in a blog post promoting the new Drive File Stream app, which provides on demand access to files similar to OneDrive On Demand.

With this launch, Google Drive for Mac/PC is officially deprecated. It will no longer be supported starting on December 11th, 2017, and it will shut down completely on March 12th, 2018. We encourage you to use Drive File Stream. As an alternative to or in addition to installing Drive File Stream, you can upgrade to the new version of Drive for Mac/PC, called Backup and Sync. Source 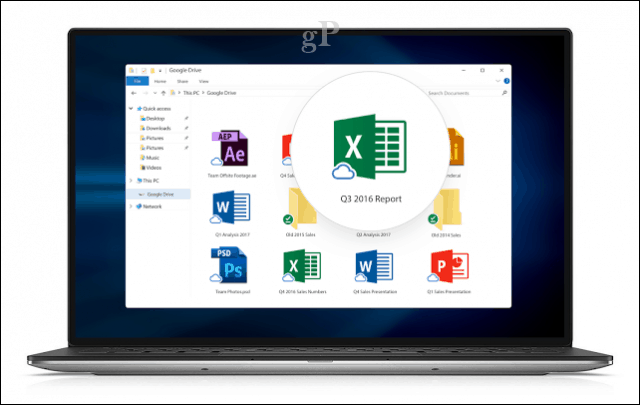 Google notes that users of the older drive backup service will begin to receive notifications in October about its discontinuation:

A few important things to note:

There are some limitations between Drive File Stream and Backup & Sync. Most of the differences are enterprise related. Below is a table, which lists these differences:

One of the much-touted benefits of Google Backup and Sync is the ability to back up anything and everything. Over time though, you are likely to use up the free 15 GBs of space offered. Users can always upgrade for additional storage, which starts at $1.99/month for 100 GB. Or you can get 1 TB For $9.99 / month.

These past few months have been quite a whirlwind of announcements regarding backup and file hosting services. In late August, CrashPlan announced it was shutting down their home backup service, while Microsoft noted in a support article that a future unknown feature update will remove support for legacy backup tools such as File History and System Image. It’s a lot to take in, but it’s good to see reasonable alternatives available while the industry restructures itself.

Let us know what you think and what your current backup plans and strategies are going forward.