Google Backup and Sync is a new app that syncs to Photos and Drive. Read on to see how it stacks up against OneDrive, Dropbox, Backblaze, and Crashplan.

This month, Google launched a new Backup and Sync desktop app for files and photos. This new app replaces its previous Drive app for Mac and Windows.  Google Backup and Sync also upload photos and videos to Google Photos, making the Google Photos app obsolete. In addition, Google Backup and Sync works on any folder, not just a designated Google Drive folder. This makes it possible to backup all your personal files or files from a USB drive or SD card or your entire system (if you wanted to). You can even use it as a redundant backup for your files in other cloud storage services like Dropbox and OneDrive.

I was already using Google Photos to maintain a backup of all my photos on my PC and iPhone. So I decided to give it a try to see how the new unified app works.

One question you might ask: Does this make Backup and Sync a viable replacement for services like Backblaze and CrashPlan? Let’s find out.

To get started, download the  Google Backup and Sync app from the Google Drive or Photos page. Backup and Sync requires a Google account, of course, which is free if you don’t have one already. 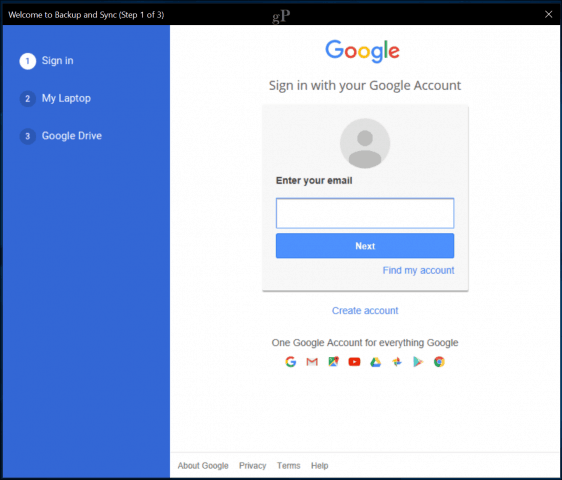 Once installed, the software is pretty simple and straightforward. All you need to do is sign in, choose the folders you would like to back up, then let Google take care of the rest. When it’s done, you can easily access your files on any device, whether it’s using native clients like Google Photos or Google Drive apps or from the web at photos.google.com or drive.google.com. As Google advertises, files are continuously backed up, so the most minute of changes are saved and synced across your devices. 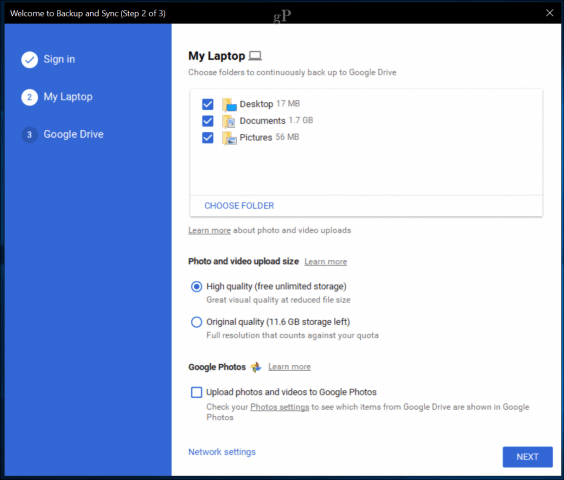 One of the much-touted benefits of Google Backup and Sync is the ability to back up anything and everything.  Of course, once you go down this road, you’ll quickly eat up your 15 GB of free Google Drive storage. Additional storage starts at $1.99/month for 100 GB. Or you can get 1 TB For $9.99 / month. Paying yearly gets you a slight discount. 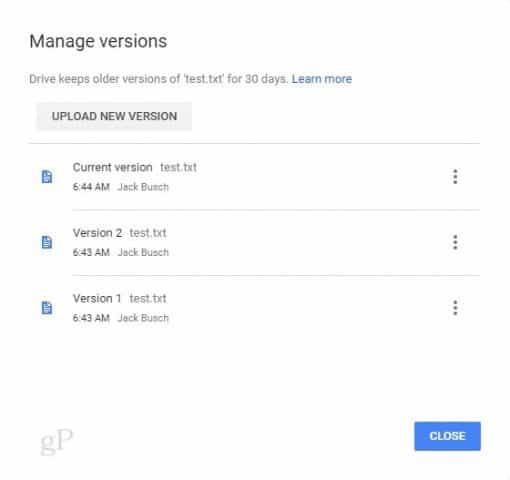 You should also note that Google Drive saves versions of files for up to 30 days. This is a nice feature. It lets you roll back to an earlier version of a document if it becomes corrupted, accidentally changed, or encrypted by ransomware. In addition, previous versions don’t count against your storage quota. 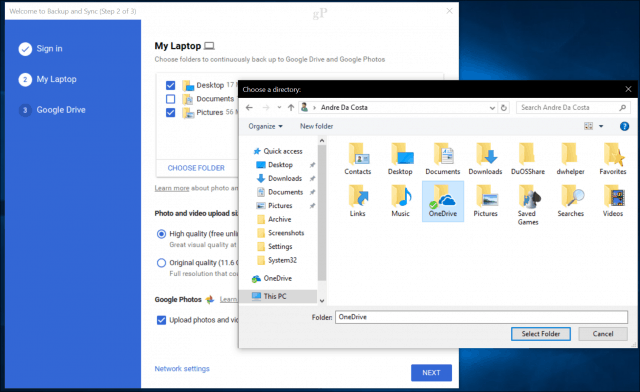 Google Backup and Sync provide some nice options, especially for users who might want to use Google as a secondary backup service for files on another cloud service such as OneDrive or Dropbox. For example, you can upload unlimited high-quality copies of photos and videos. If you are a Mac user, this is definitely a reason to leave behind Apple’s mediocre iCloud, limiting you to 5 GBs. You can even have your attached SD card, and USB storage backed up.

Finally, you can sync the contents of your Google Drive to your local disks, or if you prefer having specific folders—for example, just your photos and videos—you can choose those instead. When you are ready, click the Start button to start syncing. 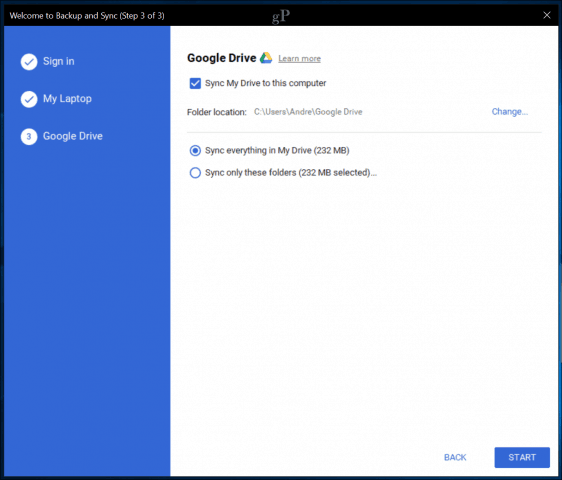 You can monitor your syncing activity from the Backup and Sync notification within the Taskbar. 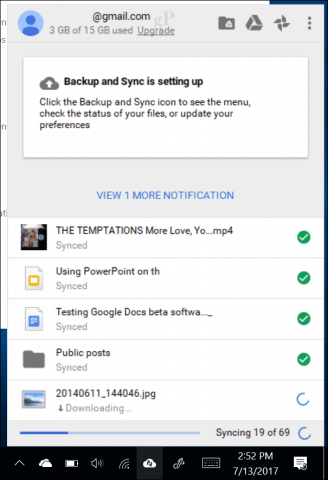 An option you might want to enable after setting up is the ability to delete files across devices. I decided to enable it because sometimes I backup screenshots I don’t want to see on other devices. Deleting them frees up space on my Drive and across my devices.

The Google Drive website provides a clean web interface that makes it easy to navigate and find the backed-up files for each computer.

Google Backup and Sync vs. CrashPlan and Backblaze

So, the Google Backup and Sync app have “backup” right in its name. But is it a viable replacement for something like CrashPlan or Backblaze?

At this point, probably not. Remember, you only get 15 GB of free storage with Google Drive and only 30 days of recent versions. On the other hand, CrashPlan gives you unlimited backups for one computer for $59.99 a year and unlimited versions of your files. Restoring an entire system with something like CrashPlan or Backblaze is easier, too. If your files were encrypted or infected by malware and you needed to restore them, you’d have to restore files on an individual basis with Google Drive.

Even if you don’t choose an online backup solution, the built-in System Image option in Windows 10 is still a better choice for a system backup. But, of course, if you have 5 TB hard drives of data—not to mention existing configurations using technologies like Storage Pools—Google Drive won’t replace your backup needs. That being said, for users who might own a few devices, especially a mix of Windows and Mac, and you want to easily backup the most important things like Videos, Photos, and Files, it’s definitely recommended.

I was most impressed with the performance and stability; it seems much faster than Microsoft’s OneDrive, which can sometimes fail for one reason or another. I am a bit peeved, though, why Google, which uses many open source technologies, doesn’t provide similar clients for Linux. The benefits outweigh the disadvantages, though; Backup and Sync takes the chore out of more traditional drag and drops or organizing files and folders to get them backed up to the cloud. So for anyone with or without a Google Account, I recommend you check it out.