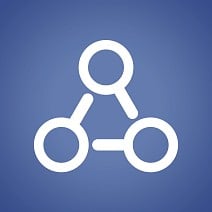 Earlier this week Facebook had an event for the press where Mark Zuckerberg announced the Graph Search Beta. Here’s how to sign up and get on the wait list.

Earlier this week Facebook had an event for the press where Mark Zuckerberg announced the Graph Search Beta. This a new service that will allow Facebook users to search through photo, connections and photos from 1 Billion users. Essentially, it’s going to make searching through Facebook a much better experience and actually be useful.

According to the Facebook Press release, here’s the four main areas Graph Search will focus on.

The new search service will start rolling out slowly to users and is currently in a “limited beta” stage. And you can get on the list! Log in to your account and go to the Introducing Graph Search Beta page, and scroll down to the bottom and click Try Graph Search. You’ll automatically be added to the waiting list.

As you can imagine, the demand to join will be high, and you might not even get in. But, you definitely won’t if you don’t sign up!