Recently Microsoft started a new promotion called Bing it On. It lets you compare Bing results to Google’s on the same page. As part of the promotion, the company is also giving away a Surface tablet.
This reminds me of the Pepsi Challenge back in the day where you would taste Pepsi and Coca Cola. Pepsi claimed more people preferred their soda during that promotion however… since they were also paying for the survey, yeah.

Go to Bing.com page and you’ll see a message come up prompting you to compare search results. 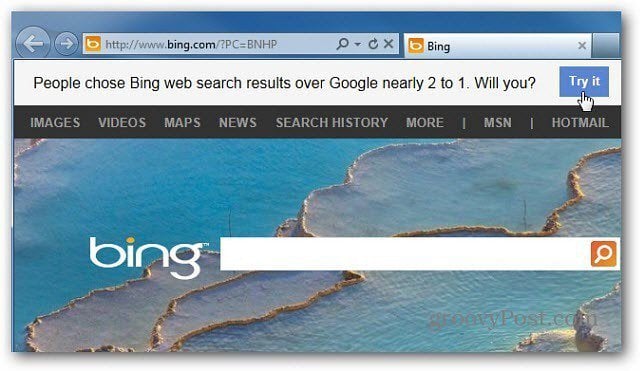 If you don’t see the message, just head to the Bing It On webpage. Then start one of your five searches. You can try search queries they offer you or just try your own. 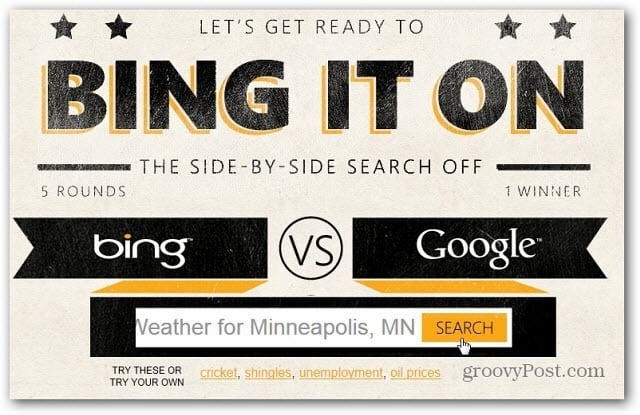 Here I did a general search for weather conditions in Minneapolis. The results for both Bing and Google search are displayed. The idea here is that you won’t know which side is Bing or Google. Although to a trained eye, it’s possible to tell which is which.

Scroll through the results and choose if you like the results on the left, right or if you don’t have a preference, select Draw. 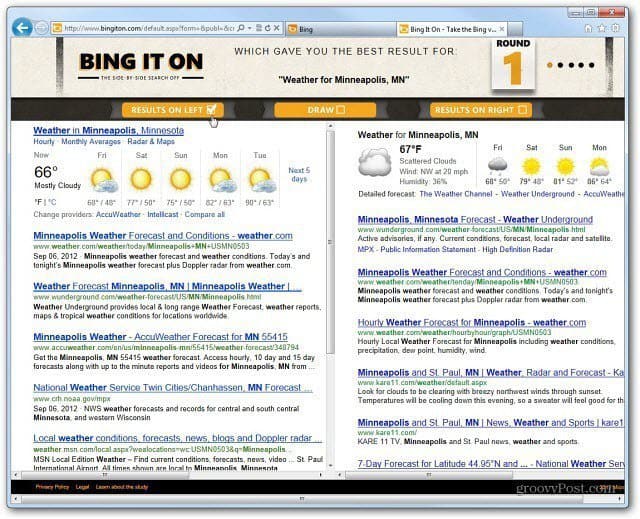 After making your choice continue to your next search and decide which one you like the best.

After you’ve gone through the five rounds, you’ll see which search engine you liked best. Here I guess I chose Bing. For each search it will show which engine you picked. 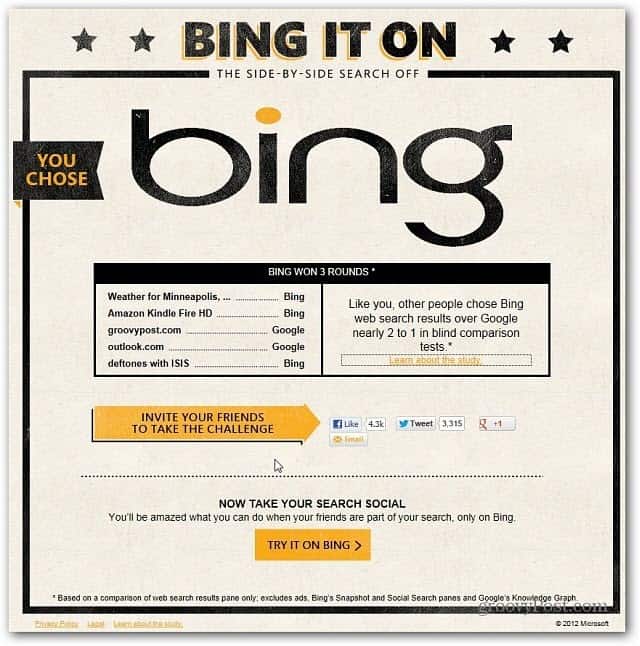 While I would certainly take the results with a grain of salt, it’s a pretty clever marketing campaign for Microsoft.

As part of this promotion, Microsoft if giving away the following prize package. Just visit http://www.bingsweep.com to participate and get the full set of rules and conditions.