Apple today released tvOS 12 for fourth-generation Apple TV and Apple TV 4K. Here is a look at some of the new features in the update.

In addition to releasing iOS 12 iPhone and iPad devices this week, Apple also released tvOS 12 for fourth-generation Apple TV and Apple TV 4K. While there aren’t as many fancy and prominent new features as tvOS 11, there are some new things here that will add to the overall experience, including some beautiful new screensavers. Here is a look at what you can expect. 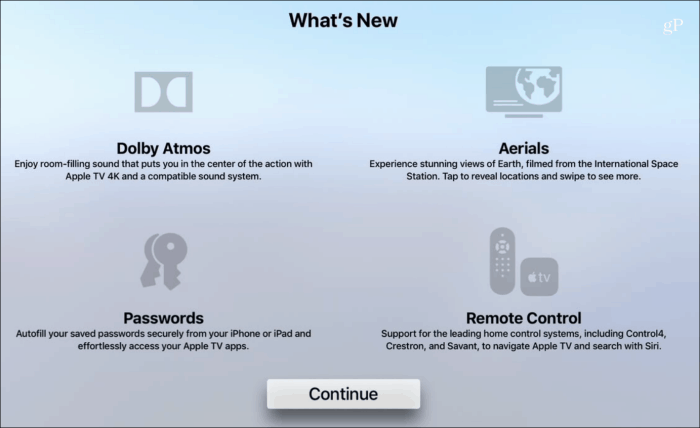 Dolby Atmos on Apple TV 4K: If you have the latest 4K Apple TV, your audio will be upgraded to the high-quality surround sound format of Atmos. Of course, to take full advantage of the new sound technology you will need a dedicated Atmos speakers setup or an Atmos soundbar, for example. Apple also says it has the largest catalog of Atmos movie titles. And it will upgrade titles you’ve purchased if Atmos is added. This is similar to how it will upgrade your movies to 4K HDR when made available.

New NASA Screensavers: One of the cooler features of tvOS is the high-quality screensavers. The update includes new satellite imagery from NASA. You will see new scenes filmed in 4K HDR from the International Space Station. To get a new image and see the location you can swipe to the left or right on the Siri remote and switch between different aerials. For more on using the screensaver option, check out our article on Apple TV screensaver tips. 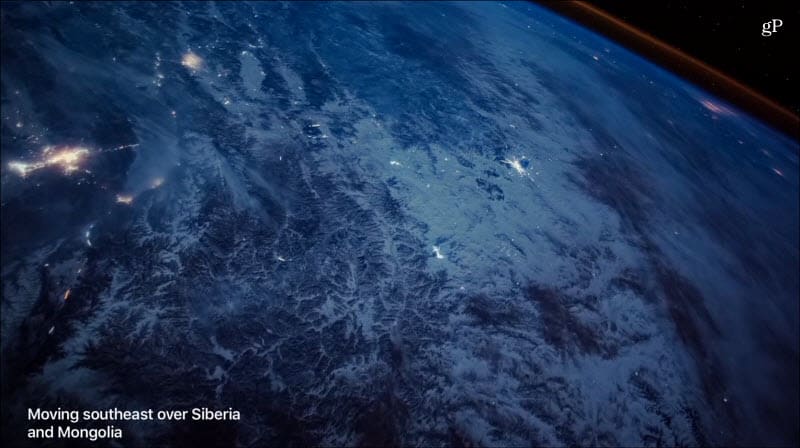 Zero sign-on: Apple already has a “single sign-on” that allows you to sign into TV apps like AMC or FX with your cable provider. You sign in once and Apple will sign you into all installed cable apps. Now with “Zero Sign-on” you literally won’t need to sign in to any of your cable apps with select cable providers. It’s not available at launch but will be supported by Charter Communications first, and other provers will be added over time.

Autofill Passwords: If you have an iPhone or iPad running iOS 12 you can get an alert on your device when you get a login screen from an app – Netflix or YouTube, for example. Tap the alert to bring up your device’s keyboard and enter your password with the suggested fill-in. Guest sign-on is coming, too. All this is meant to make it easier to log into apps and eliminate the “hunt and peck” method when logging in using the on-screen keyboard.

If you don’t have your Apple TV set to get automatic updates, you can get tvOS 12 by heading to Settings > System > Software Updates > Update Software. It will take several minutes to install, and your box may restart a couple of times. 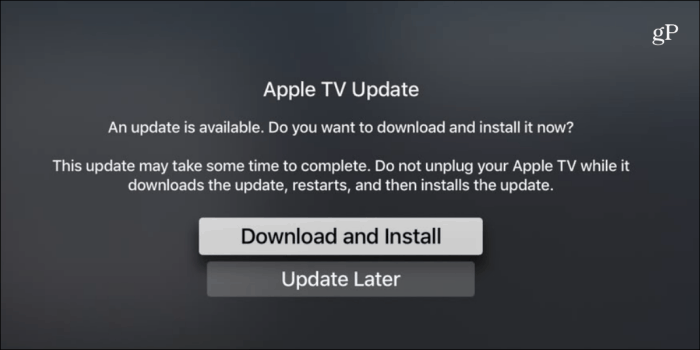