Whether you’re purchasing a new 4K Apple TV or upgrading your existing one, here’s a look at some of the new features you can expect. 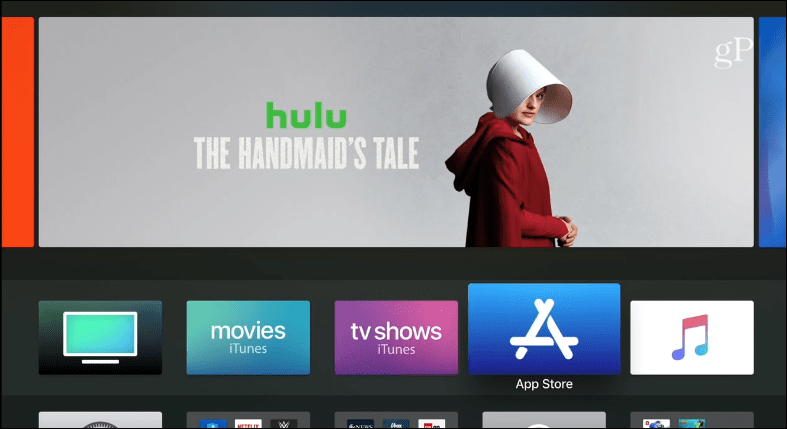 When Apple released its new iOS 11 for iPhone and iPad it also rolled out an improved tvOS 11 for the Apple TV. Like its mobile cousin, tvOS 11 has plenty of great new features that are already available or coming soon. Whether you’re purchasing a new 4K Apple TV or upgrading your existing one, here’s a look at some of the new features you can expect.

The improved operating system will come pre-installed on the new 4K Apple TV and you can upgrade your fourth-generation Apple TV to it, too. To install tvOS 11, go to Settings > System > Software Updates. The upgrade process will take at least an hour, so keep that in mind when deciding when you want to kick it off. After the upgrade, you will get the following screen letting you know about some of the new features. 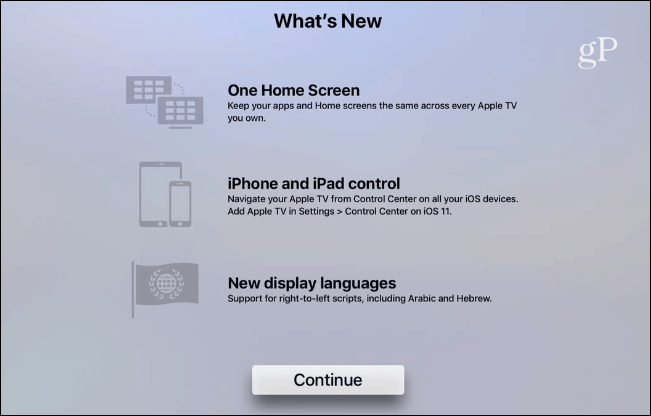 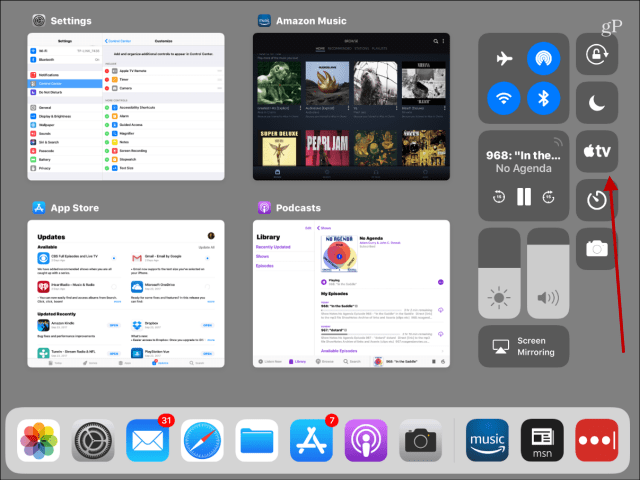 Head to Settings > General > Appearance. Just like in the previous version of tvOS, you can change between a Light or Dark theme. However, you might want to leave it on the new Auto option. It will automatically change the appearance based on the time of day in your location. Of course, during daytime hours it will be Light and in the evening, switch over to Dark. 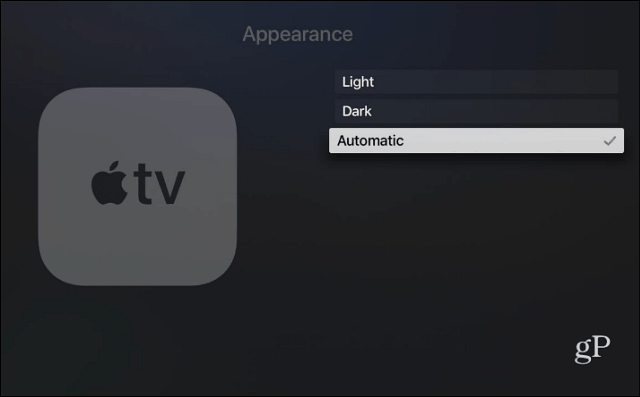 Head to Settings > Accounts > iCloud and turn the One Home Screen option on. Now, anytime you sign into an Apple TV with your Apple ID you will see the apps you have installed as well as the icon layout. So, if you change the order on one Apple TV, it will sync to the other. No longer will you need to manually change the items on the Home screen for each TV. 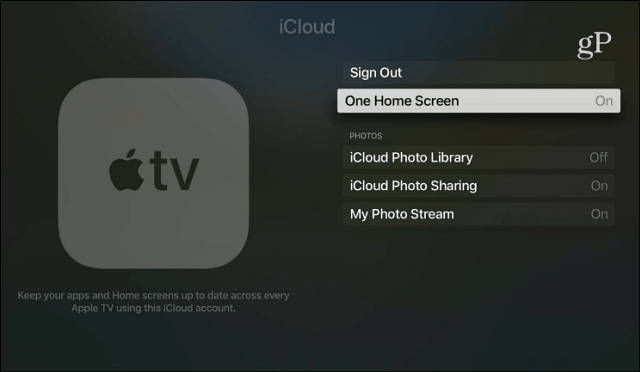 There are more new options and features coming to tvOS 11 and the Apple TV 4K in the future. A few of the major improvements discussed at the 2017 event are live streaming sports via the TV app, Amazon Prime Video, and free 4K movie upgrades. Also, a lot of under-the-hood and app store improvements that developers can take advantage of.

Do you own an Apple TV? What are some of your favorite new features in tvOS 11 and what would you like to see in the future? Leave us a comment below and let us know.