Amazon has quietly added its Amazon Video app to the Google Play Store for Android users in the U.S. Here’s a look at what you can expect.

Amazon this week quietly added its Amazon Video app to the Google Play Store for Android users in the U.S. Previously, it required a bit of work to get Prime Video on your Android device (unless your Android device is a Fire tablet). You either needed to sideload it directly or get it through the Amazon Underground app. The Prime Video app has already been available in over 200 countries, but the Play Store in the United States has been the notable exception. 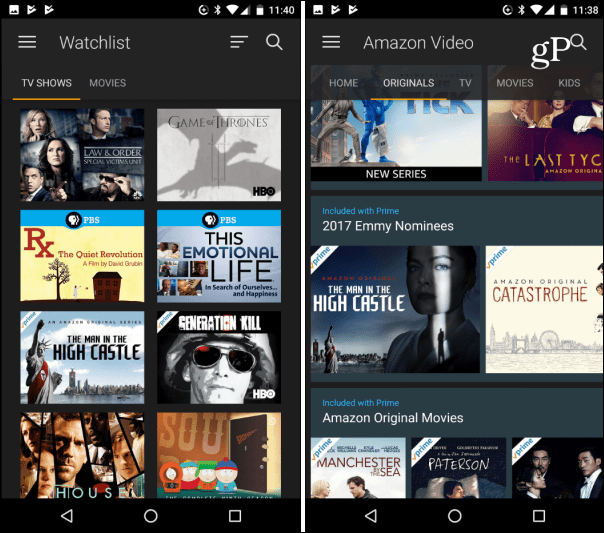 The Android app doesn’t limit you to just watching content through Prime. You can watch and download TV shows and movies you have already purchased, too. But, unlike the iOS version, you can actually purchase additional content through the Android app. Prime Video offers unlimited streaming of Movies and TV shows including Amazon Originals and, for this season anyway, live streaming NFL Thursday Night Football games.

Here’s a look at the listed Prime Video app features:

While you can get the app on your Android phone or tablet, a glaring omission is support for the Chromecast and Android TV (at least for now). To watch Prime videos on your big screen, you could stream it to the Chromecast through your computer running the Chrome browser. Or, run it from a separate set-top box or streaming stick such as one from Roku or a Fire TV. Amazon has announced that an Apple TV version of the Prime Video app is on the way. 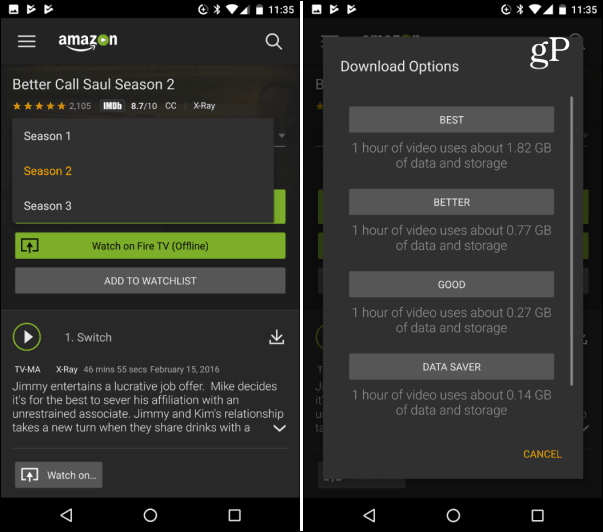 Are you an Android user as well as a Prime subscriber? Download the Amazon Video app on your device and let us know what you think of it in the comment section below.