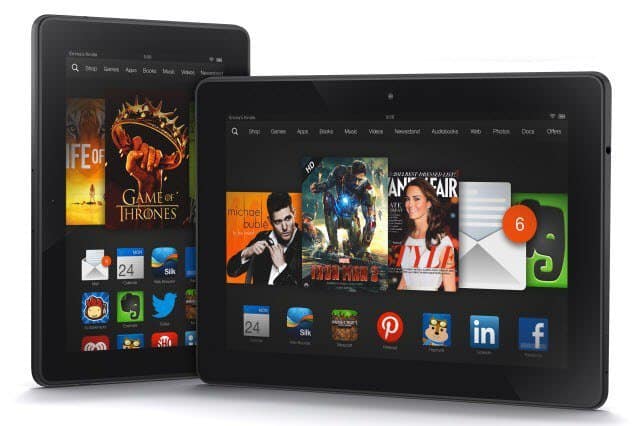 Amazon has taken a big step forward with its new Kindle Fire HDX line of tablets, which offer improved specs and screens. Here’s a look at what’s new.

Amazon has taken a big step forward with its new Kindle Fire HDX line of tablets, which offer improved specs and screens. Here’s a look at what’s new.

The new Amazon Kindle Fire HDX tablets are available with 7 and 8.9 inch screens. Both versions are powered by the new Qualcomm Snapdragon 800 CPU, coupled with 2GB of RAM memory. The CPU runs at 2.2 GHz, with the graphics side of things being handled by the new Adreno 330 graphics engine.

This should especially appeal to those playing games on their tablets.

Display-wise, the 8.9 inch version has a resolution of 2560 x 1600 (339 ppi), while the 7-inch Kindle Fire HDX has 1920 x 1200 pixels, like the new Google Nexus 7. The display promises perfect sRGB color reproduction, as well as dynamic image contrast and reduced glare.

The interesting thing is that, by incorporating the touch layer into the glass screen, among other things, the 8.9 tablet is lighter than the previous generation. It weighs 13.2 ounces.

Both tablets have front-facing HD camera, but the 8.9-inch one also adds a rear 8 megapixel camera, so you can take pictures and HD videos. Also on the hardware front, Amazon promises 11 hours of mixed battery life – we’ll see how that fares in everyday life.

As for software, both tablets are running Fire OS 3.0, a.k.a. Mojito, Amazon’s forked Android version. The most interesting thing included is, in my opinion, the Mayday button, available in Quick Settings. This button will get you in touch with an Amazon expert who appears in a floating video box when you need to know how to do something.

The service is available 24/7, for free and you should get a support person within 15 seconds. They’ll be able to control your tablet via a remote desktop-like technology. In case you’re wondering, you’ll be able to see the live support tech on your screen, but they won’t see you. So you don’t need to worry about how you look when getting support. 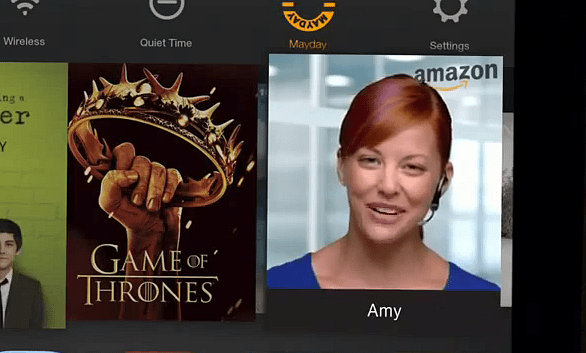 Amazon features you’ve grown to get used to, like Prime Instant Videos, or X-Ray for Music, Movies and TV, are available this time around, too. 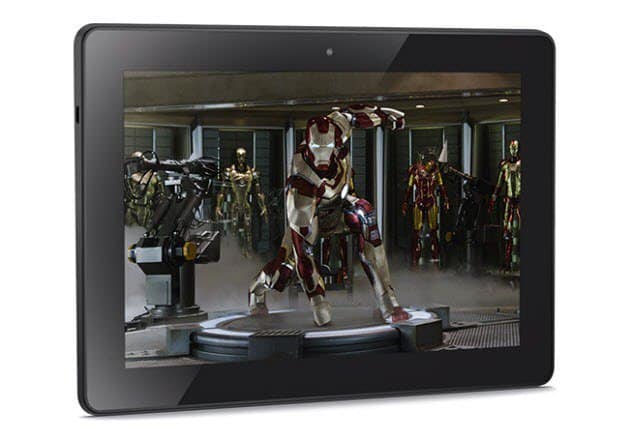 Enterprise support is also extended, as more and more companies tend to support a Bring Your Own Device policy. Support for encryption of the user partition is provided, as well as for secure intranet websites with Kerberos authentication. More enterprise features will be available in the 3.1 update of the OS.

Amazon’s policy of not overpricing its devices and making money on its services instead is still in place.

The 7-inch Amazon Kindle Fire HDX starts at $229 for the 16GB WiFi only version featuring ads and can go up to $424, if you’re getting the 4G version with 64GB of internal memory and AT&T or Verizon data services.

The tablets are available for pre-order now and will be released on October 18th.