Windows 8 has an excellent feature called Play To that allows you to stream media among compatible devices. Here’s how to use it from the desktop and apps.

Windows 8 has an excellent feature called Play To that allows you to stream media to your Xbox 360 and other compatible devices. The Play To feature is similar to Apple’s AirPlay and it’s available via the desktop and certain Windows 8 apps.

For the feature to work, you’ll need to make sure to enable sharing when you connect to the network. You can select this option the first time you connect to your WiFi network. 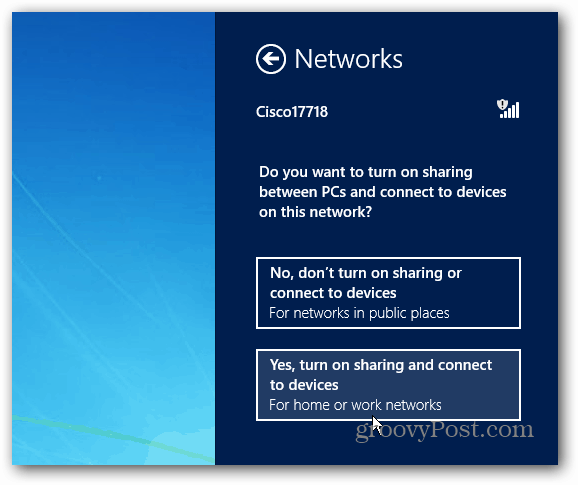 Or to enable sharing later, go to the Charms bar >> Settings >> Network and right click your connection and select Turn Sharing on or Off. 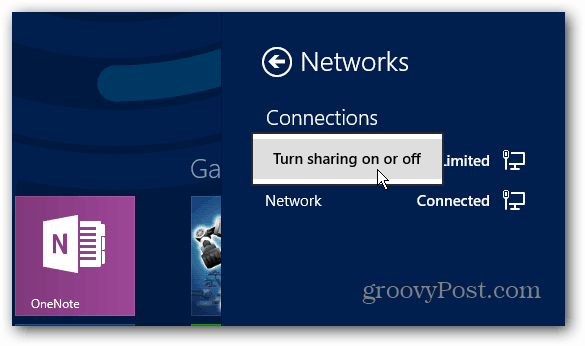 Windows 8 Play To from Desktop

Right click a video, music or picture file and from the context menu select Play To and then the device. In this example I am sending a video to Xbox 360. 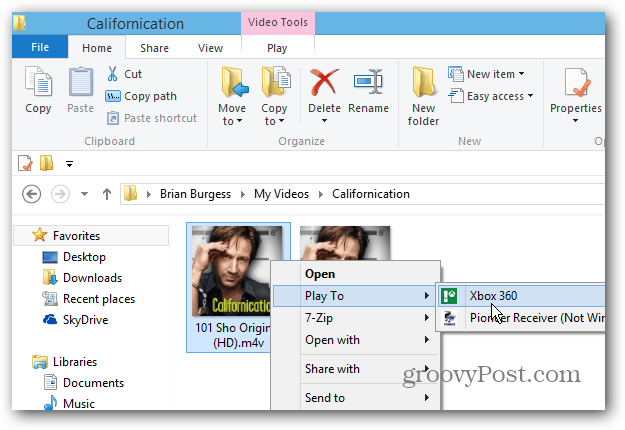 A Windows Media Player Play To dialog screen comes up, where you can control playback and add more files to the list. While the results are the same as streaming content via the Xbox SmartGlass app, Play To is more streamlined and file specific. 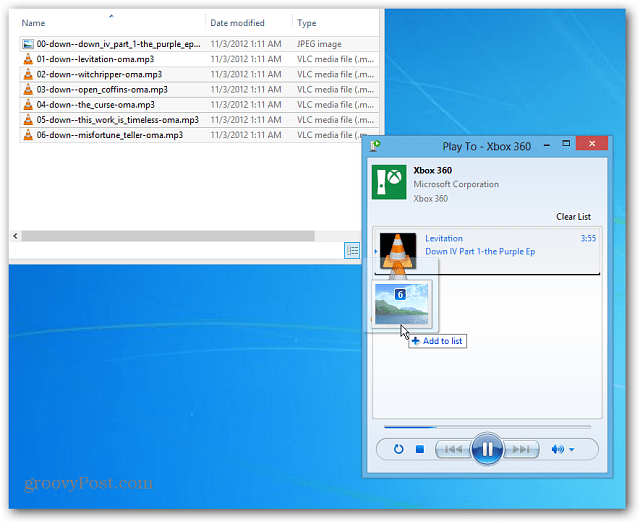 Native Windows 8 apps like Xbox Video and Music have the feature built in. Just swipe from the top down on a touchscreen or right click in the app and select Play To. 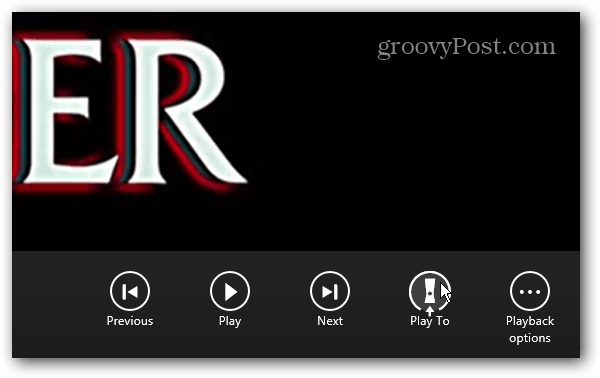 Then select the device you want to stream the content to. 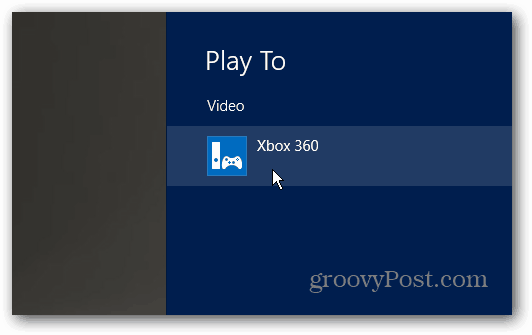 To stream from Windows to another device from other supported media apps, start playing the content, then bring up the Charms bar and hit Devices. 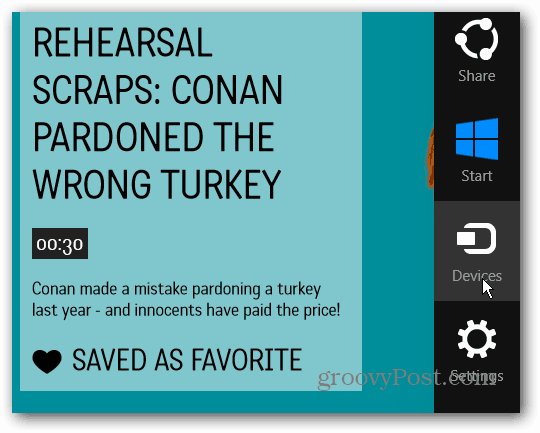 Then you’ll see a list of compatible devices on your network that are powered on. 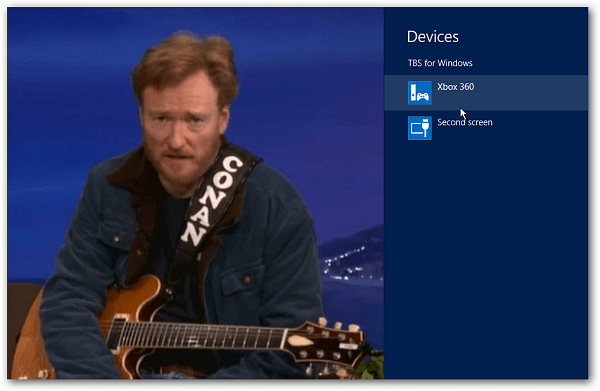 One certified Windows Play To device that you probably already have is Xbox 360, but the process should be the same for any compatible device.

According to the Microsoft’s Windows 8 App Developer Blog:

The Play To experience in Windows 8 is designed to work with Windows certified Play To devices. Certified devices provide a consistent and reliable experience. There are a number of consumer electronics companies working on Play To certification for their devices spanning multiple device categories. This includes TVs, set top boxes, speakers and audio receivers. As disclosed at the Electronics Entertainment Expo (E3) earlier this year, Play To receiver support is a new feature that’s been rolled out to about 70 million Xbox 360 consoles as part of this year’s fall dashboard update.

Right now there are competing protocols that will stream content between devices including Apple’s AirPlay, Sony’s DNLA — Digital Network Living Alliance, and the WiFi Alliance’s Miracast.

I would like to see a standardized protocol that works between all of our devices, but that remains to be seen. It seems to be a battle between the competing protocols and each company wants to lock you into its ecosystem, which is unfortunate. And I don’t see Apple releasing its grip on AirPlay. This fight reminds me of the HD DVD vs. Blu-ray battle years ago where Blu-ray prevailed in the end.