With the announcement of the official release date of Windows 8, Microsoft’s latest operating system has been all the buzz in the last few days. It provides many innovations. One of which is improved support for a Dual Monitor set up.

With the announcement of the official release date of Windows 8, Microsoft’s latest operating system has been all the buzz in the last few days. It provides many innovations. One of which is improved support for a Dual Monitor set up.

How To Enable The Second Monitor

First, begin by plugging in your second monitor. Make sure it’s turned on and that the cable you are using is completely functional.

If everything is correctly configured, a dialog appears on the left side of your screen. If you don’t see it, hit the keyboard combination Win Key + P (Projection Mode) to bring it up.

This brings up the same options that are available in Windows 7. In order to use both monitors, choose the Extend option from the list. 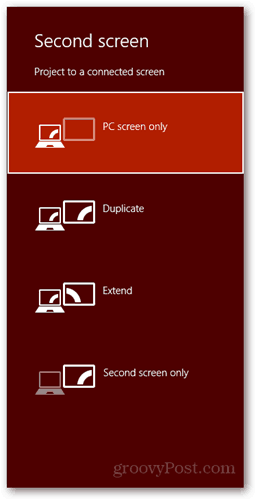 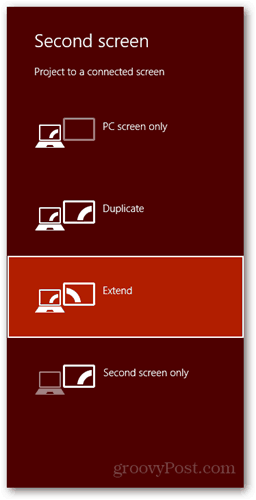 After choosing to extend your desktop, both the external screen and primary screen on your computer might flash for a few seconds until the configuration is complete. If you experience problems, such as having one of the displays function at the wrong resolution, right click an empty area on the desktop and select Screen Resolution. From there, you can configure various options such as monitor position, resolution and more. 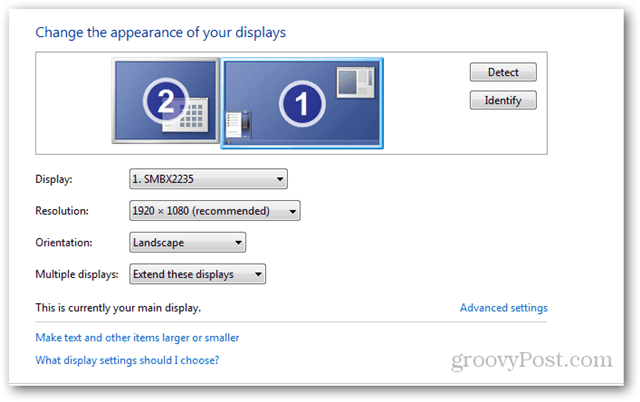 Windows 8 takes care of the problem by assigning different wallpapers to each display you have. As long as you have more than one image in your theme, you can be assured that you won’t ever see two displays with the same wallpaper on them.

The grooviest feature is the ability to have metro on one screen and your desktop on the other.

This is useful since you can quickly jump between Metro and the classic desktop. It’s important to mention that while testing this out I did encounter some strange behavior sometimes, but I chalk that up to it being a preview version of the OS.

Here’s a couple of pictures showing how the dual monitor setup looks with Windows 8. 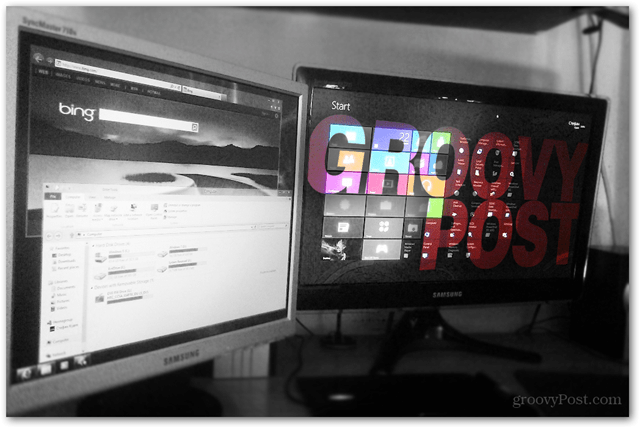 Windows 8 has some great new features for power users with a dual monitor or mufti-monitor setup. If you want to learn how to create effects like the one in the last image, check out our Photoshop articles and tutorials and stay tuned for some upcoming tutorials for Photoshop CS6.