According to the Blogging Windows Blog, Steven Sinofsky announced the official launch date of Windows will be October 26th 2012.

According to the Blogging Windows 8 Blog, Steven Sinofsky announced the official launch date of Windows will be October 26th 2012. The Microsoft president announced it this morning at an internal event in Atlanta. 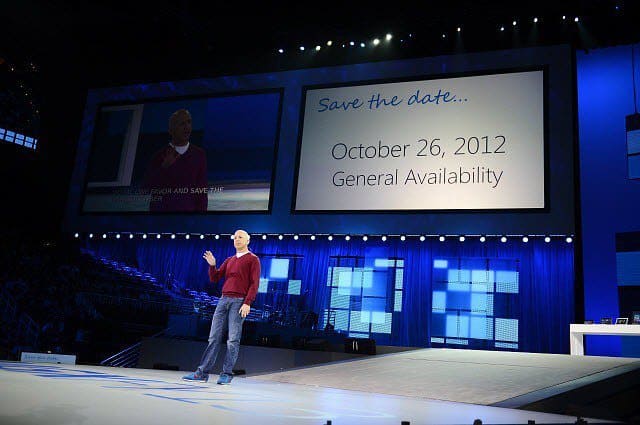 We told you before that Tami Reller told the crowd that Windows 8 will be available in late October. Now we know the specific date.

Every one who’s running XP SP3 or higher qualifies to upgrade to Windows 8 Pro for $39.99. And yes, you really can upgrade from XP to Windows 8.

Will you update right away on October 26th or skip a generation and stick with Windows 7?