You’re already familiar with using Siri on your iPhone but did you know you can use the digital assistant on your Apple Watch, too?

Siri, Apple’s virtual assistant, got its start on the iPhone, then iPad. Eventually, it made its way to Mac and HomePod. You can also use Siri on your Apple Watch.

On Apple Watch, Siri can perform various tasks and deliver the answers right on its display. The assistant supports a wide range of user commands, with many more added each year. These include checking basic information, setting alarms and reminders, adjusting device settings, searching the internet, and providing directions. It can also interact with both native and third-party apps.

Thanks to the recently introduced watchOS 6, Siri can also identify a song that’s playing and give you an instant Shazam result. When Siri doesn’t know the answer to a question, it will still point you in the right direction by displaying the first few search results along with a brief excerpt from each page. From there, you can tap Open Page on Apple Watch to view the listing.

Setting Up Siri on Apple Watch

If you already use Siri on your iPhone, the odds are relatively high that it’s also ready to go on Apple Watch.

To confirm on iPhone: 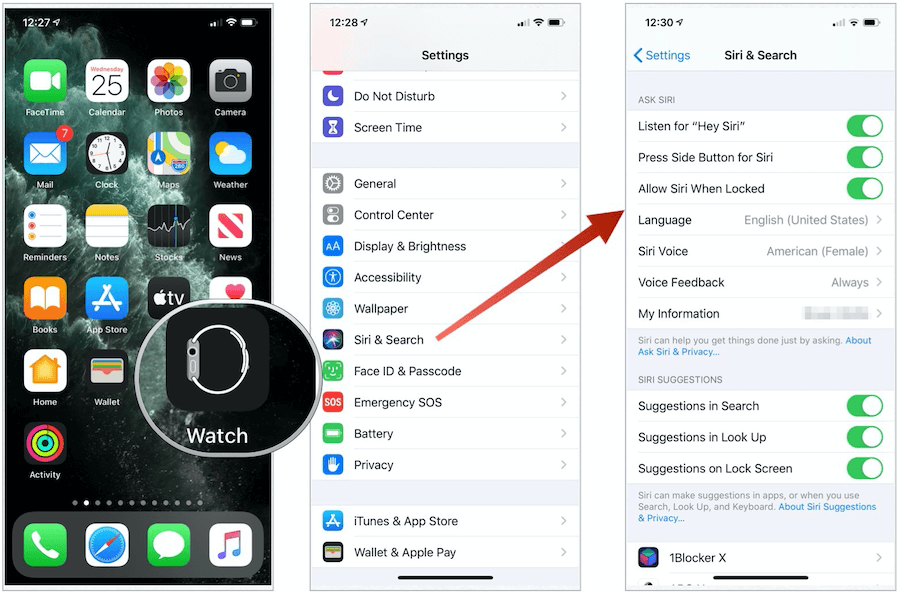 From here, you can begin using Siri. 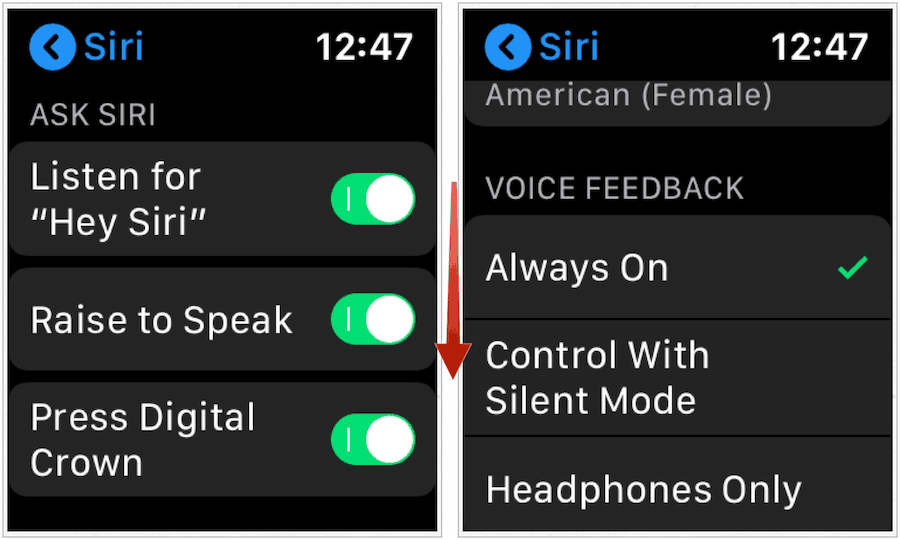 There are various ways to interact with Siri on your Apple Watch. These include:

You can ask Siri anything you want — not that it will understand everything! Among the questions or commands to try:

Turning Off Siri on Apple Watch

You can turn off the many ways to use Siri on Apple Watch. These should be turned on by default, however.

To turn off the Raising to Speak feature:

With the Apple Watch Series 5 now arriving in stores, the popular Apple product should no longer be considered new. Like other technology products, it’s getting better with each new release. The same can be said with Siri on Apple Watch. Improved microphones included on the Apple Watch Series 4 (and carried over to the Series 5) has made it easier to interact with the voice assistant. As a result, its ability to listen is better than ever before. Siri is also much quicker to respond to commands thanks to the Watch’s 64-bit dual-core S5 processor.

Siri still isn’t perfect, however. Despite incredible improvements, it doesn’t know everything. Plus, in a crowded room, it sometimes finds it difficult to hear or understand a command. Regardless, Siri has slowly become a useful tool on Apple Watch, just as it has on other Apple products. It will be interesting to see how it improves in the future.