On Tuesday, Apple introduced its next-generation iPhone lineup. It also announced a fifth-generation Apple Watch, all-new iPad, and more. Here’s a look at everything revealed at the event today, Sept. 10.

The colorful iPhone 11 takes the iPhone XR’s spot in the iPhone lineup, even though the latter remains as one of the company’s lower-priced models. The 2019 model is available in new exciting colors, including purple and green, plus yellow, black, white, and (PRODUCT) Red. Like with the iPhone 11 Pro models, the most significant difference between this year’s and last year’s models are the improved cameras. The iPhone 11 gets one hour of more battery life than the iPhone XR.

With a glass and aluminum design, the iPhone 11 includes a dual 12MP ultra-wide and wide cameras with night mode and a 12MP TrueDepth camera with 4k video recording up to 60 fps. Inside, you’ll find an A13 Bionic chip with third-generation Neural Engine.

The iPhone 11 starts at $699, which is $50 cheaper than the iPhone XR when it was first released. You can pre-order your handset beginning at 5 a.m. PDT on Friday, Sept. 13. The phone officially arrives one week later on Friday, Sept. 20. 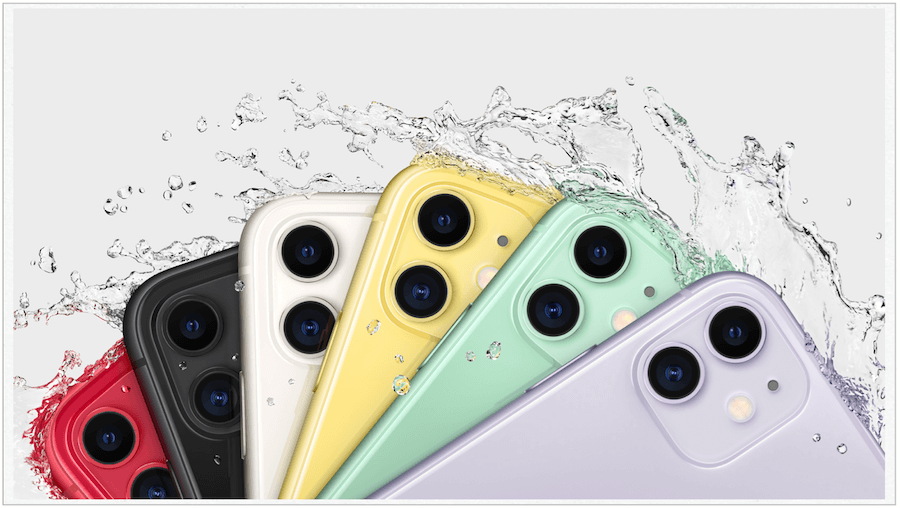 This year’s flagship iPhone includes a triple 12MP ultra-wide, wide, and telephoto cameras with night mode and a 12MP TrueDepth camera with 4k video recording up to 60 fps. Like the iPhone 11, the Pro models include an A13 Bionic chip with a third-generation Neural Engine. 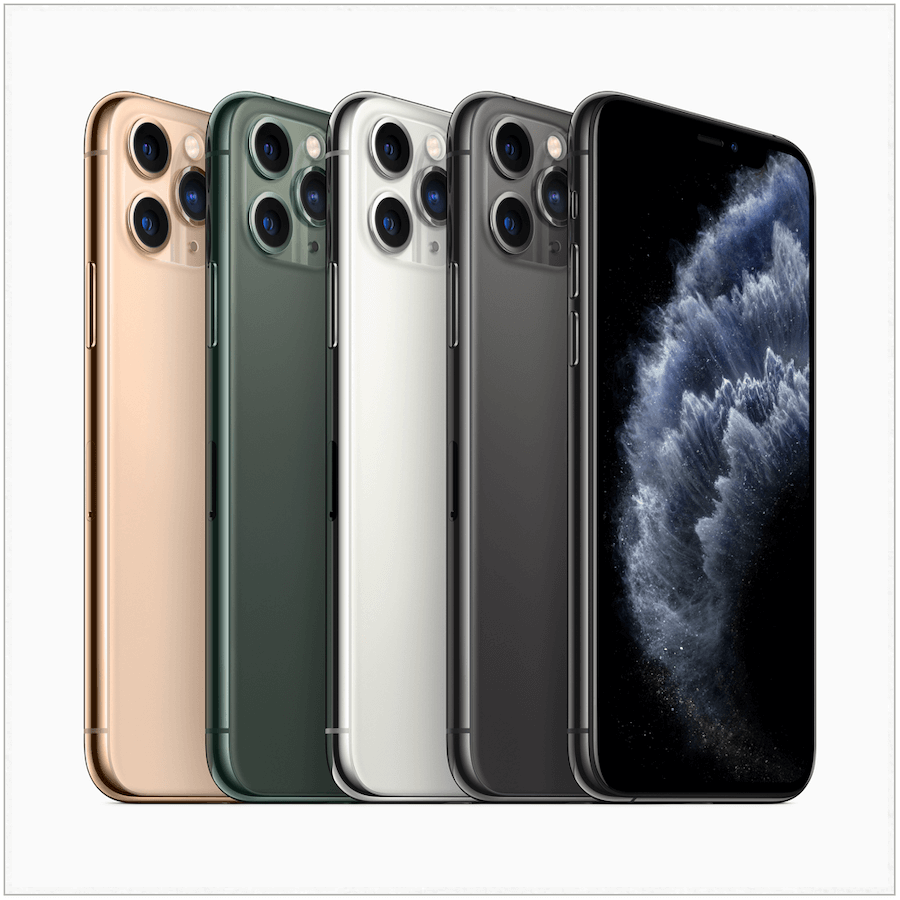 Apple plans on releasing iOS 13, which was announced earlier this year, to the general public on Thursday, Sept. 19.

The newest Apple Watch Series 5 looks exactly like last year’s model. Still, it offers a few new features that make it worth considering — even if you own the Apple Watch Series 4. The new watch is available in natural and space black titanium for the first time; there’s also a white ceramic model. Beyond this, Apple’s offering aluminum and stainless steel models like usual. The former includes 100 percent recycled aluminum this year.

For the first time, you can pick and choose your watch and band both online and at Apple retail stores at the time of purchase.

The Apple Watch Series 5 includes three features not found on the previous model: an always-on Retina display, a built-in compass, and international emergency calling. It ships with watchOS 6 install and comes with 32GB of onboard memory. 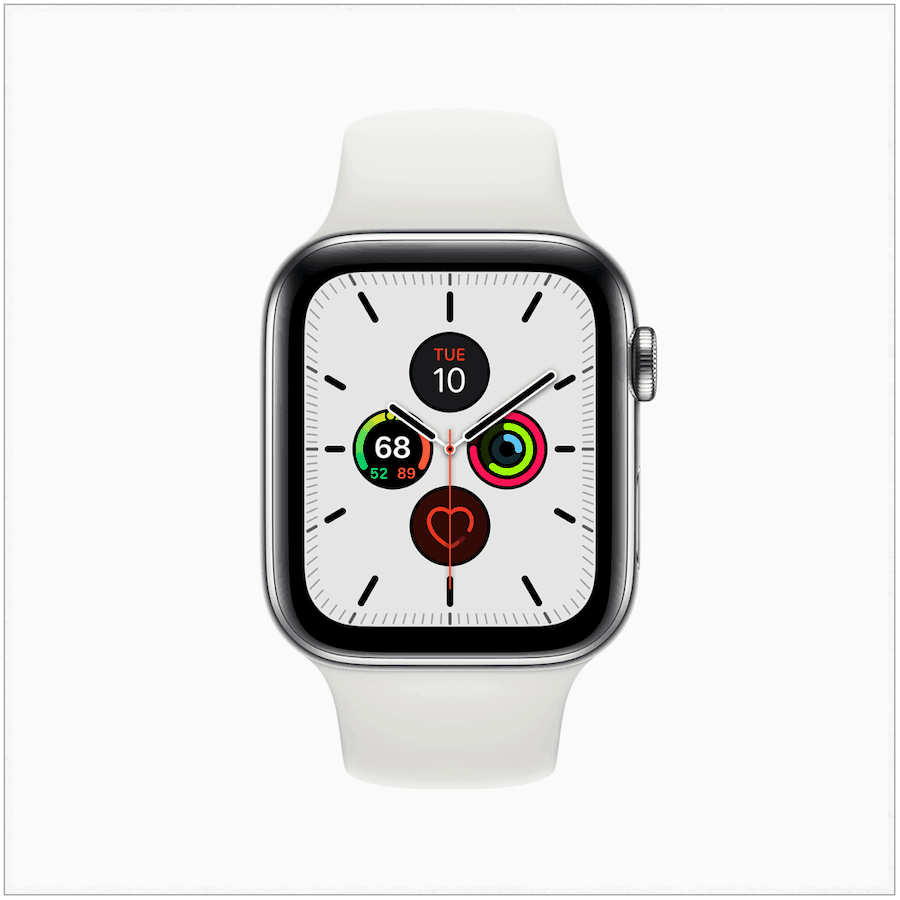 In perhaps the biggest surprise of the day, Apple revealed an eighth-generation budget iPad. Featuring a 10.2-inch display, the company’s newest tablet starts at just $329. Available with 32GB or 128GB of storage, the iPad offers an A10 Fusion chip with 64‑bit architecture and embedded M10 coprocessor. The display has a resolution of 2160-by-1620-pixels at 264 pixels per inch (PPI).

You can begin pre-ordering the new iPad starting today, Sept. 10 with the first orders arriving on Sept. 30. That’s also the day Apple’s expected to release iPadOS 13 to the public. 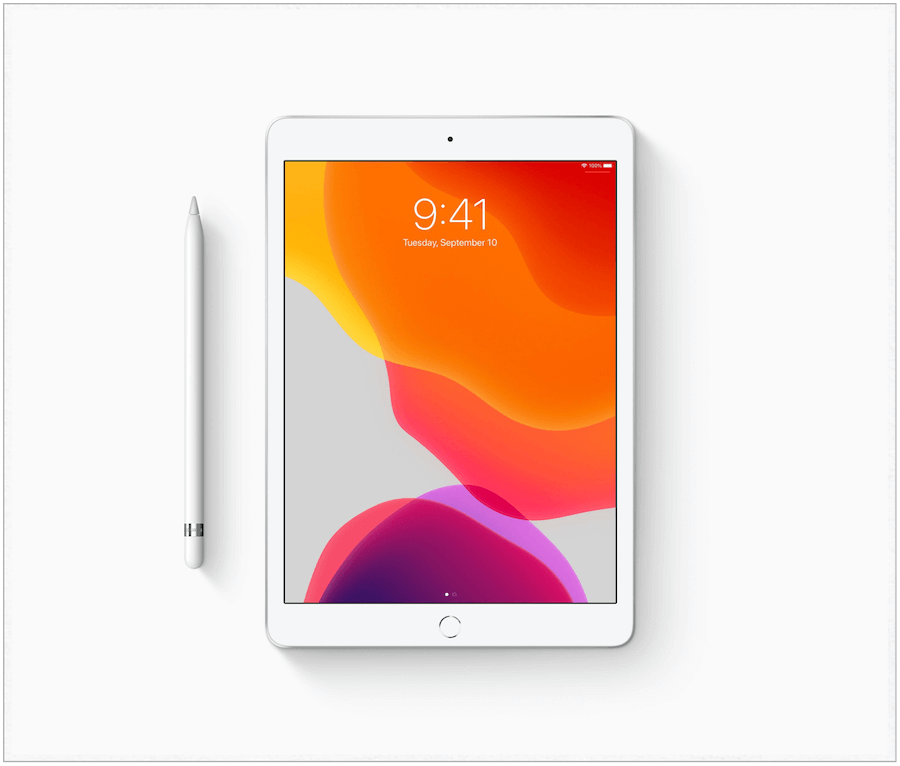 Also on Tuesday, the iPhone maker announced the launch date for Apple Arcade. Available across multiple devices, including iPhone, iPad, Mac, and Apple TV, the gaming subscription service arrives on Sept. 19. The price: $4.99 per month for families with the first month free. Arcade will launch in 150 countries and have 100 exclusive gaming titles before the end of 2019. Gameplay happens directly in the App Store app. 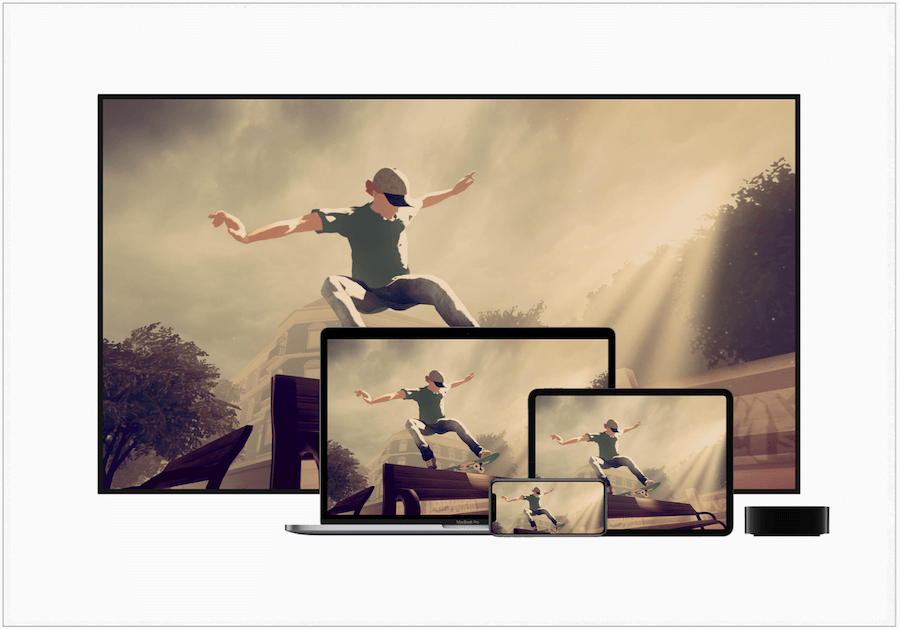 Almost no new information was revealed about Apple’s upcoming premium streaming video service. However, we now know the service launches on November 1 in the United States and elsewhere. The price: $4.99 per month through Family Sharing with a free seven-day trial. You’ll receive one free year of Apple TV+ when you purchase a new iPhone, iPad, iPod touch, Mac, or Apple TV. Apple also revealed the first trailer for a new Apple TV+ series, “See” starring Jason Momoa. No doubt Apple, is playing the long-game with its new TV service. While undercutting its competitors on price, they will instantly bring millions of subscribers onto the service. An advantage no one else on the planet has — leveraging its massive install base to launch new services. Give away the first year then convert them to paying customers.

Although Tuesday’s iPhone event was packed full of news, there were announcements not made that were expected by many. These include the introduction of a 2019 iPad Pro, next-generation Apple TV, and launch date for the upcoming Mac Pro. We also didn’t see the long-rumored 16-inch MacBook Pro. The event also excluded new audio product announcements. Because of these exclusions, don’t be surprised if Apple holds a second fall media event in the coming weeks as it has often done over the years. After all, we now know the public release of macOS Catalina isn’t happening until October. Coincidence?