iOS 13 is now available for iPhone and includes tons of new features, including a system-wide dark mode. Here’s how to prepare your iPhone and install the new iOS 13.

Apple today released iOS 13 for iPhone. This is a big release and includes new features like Dark Mode, QuickPath typing, Siri improvements, Apple ID Sign-in, Memoji stickers, and a lot more. Here is a look at how to get your iPhone prepared for the update. Then install Apple’s latest version of its mobile OS and get it up and running.

Note that the following iPhone models are eligible for iOS 13:

So, it’s the end of the line for updates for older iPhone models. So, if you are using an iPhone 6, 6 Plus, or iPhone 5S, you will be stuck on iOS 12. It’s also worth noting that the 7th generation iPod touch will get the iOS 13 update.

Back Up Your iPhone First!

As with all software upgrades, it’s important to make sure you have your current data backed up. While iOS updates are generally smooth sailing, it doesn’t mean they can’t go awry. You probably already have your device backing up to iCloud. But it would be best if you did it manually one more time before installing the update. Head to Settings > Apple ID > iCloud > iCloud Backup > Backup Now. 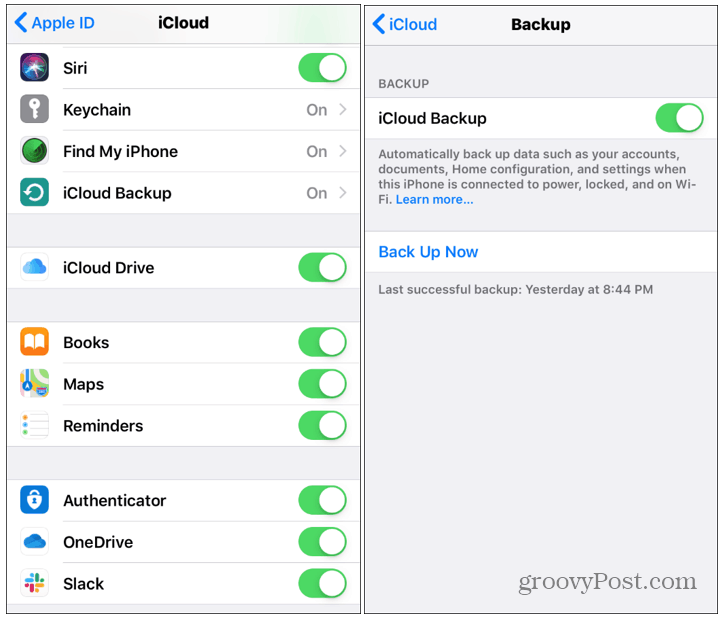 And since this is a major update, you should consider backing up your device through iTunes or a third-party app to your computer, so you have a local archived backup.

Clean Up Your iPhone

Major updates like this are quite large. This is a good time to clean up your phone and free up some storage space. Especially if you have a phone with limited space like a 32GB model. Go through your iPhone and delete old photos, videos, and apps you no longer need. Games take up a good chunk of space, so get rid of the ones you don’t play. You can always go back and reinstall them later after the update. Also, make sure to get delete that pesky “Other” storage category on your phone.

Once you have your data backed up and storage cleaned up, it’s time to get iOS 13 installed. First, make sure your phone has a full battery charge. Or better yet, keep it plugged in during the upgrade. Then head to Settings > General > Software Update and tap on the Download and Install button. Finally, type in your security code and agree to the EULA, and you’re on your way. 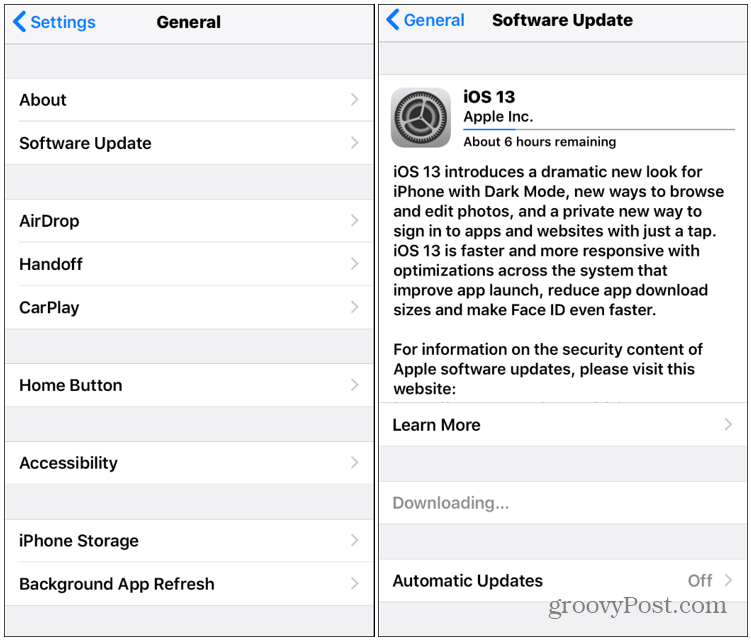 Now sit back and wait for a while as the upgrade process takes place. Remember that the phone will restart a couple of times to complete the upgrade. The amount of time it takes will vary based on Apple’s server load, the model of your phone, and the network connection.

Once the upgrade has been completed, you will get a notification it’s ready to go. First, you’ll need to navigate a few initial settings screens. After that, you’re good to go and start digging into the new iOS 13 features. 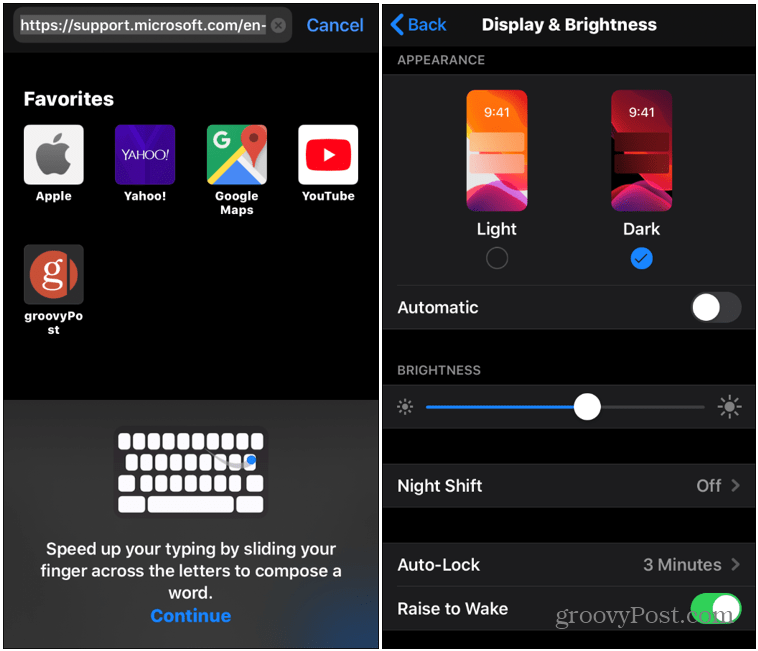 Apple’s iOS 13 is a major update and includes several long-awaited new features. Namely, Dark Mode. But there is a lot to dig into here and enjoy after installation. It’s also worth noting that Apple is releasing iOS 13.1 on September 24th, including features that didn’t make the 13.0 cut. It will also bring a host of fixes and overall system improvements to iOS 13.

Note that Apple Watch users are getting an update as watchOS 6 is rolling out today, too. And this is the first time the new version of iOS isn’t going out to iPad users. Instead, you will need to wait until September 30th to get the new iPad-specific iPadOS 13.