Apple has put a lot of new features in the latest version of iOS 13 which will roll out in the coming weeks. Here is a look at some of the best-hidden features you can expect.

In September, Apple will announce its 2019 iPhone lineup. The company will also reveal the release date for iOS 13. First announced in June, the iOS update is noted for bringing a Dark Mode to iPhone for the first time. It also includes Memoji stickers, QuickPath typing, and other headline-grabbing new features. Lesser-known tools are also set to debut, including those benefiting photographers, drivers, and more.

At this year’s Worldwide Developers Conference (WWDC), Apple spent a great deal of time discussing iPadOS 13, the first iPad-specific version of iOS in the history of the tablet. Some of the biggest new features in iPadOS 13 are also coming to iOS 13. Among these are Memoji sticker packs that are automatically created when you first create a Memoji, which were first introduced with iOS 12. These stickers are easy to use to add some flair in Messages, Mail, and third-party apps. 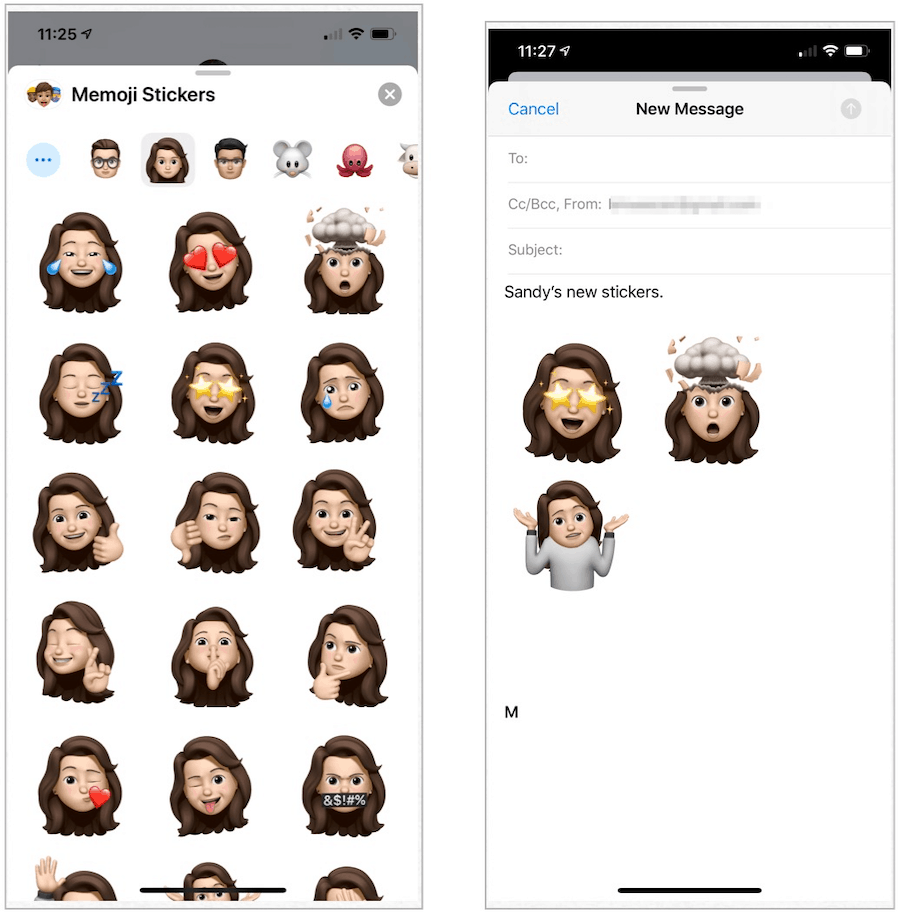 The latest version of iOS also includes Dark Mode, which had previously arrived on macOS Mojave. The new mode, which you can have turn on automatically at night or manually anytime, has been designed to make the iPhone screen easier on your eyes. In doing so, Dark Mode becomes integrated throughout the system. You’ll no longer need to use the Smart Invert trick on iOS 12 to get a quasi-dark mode. 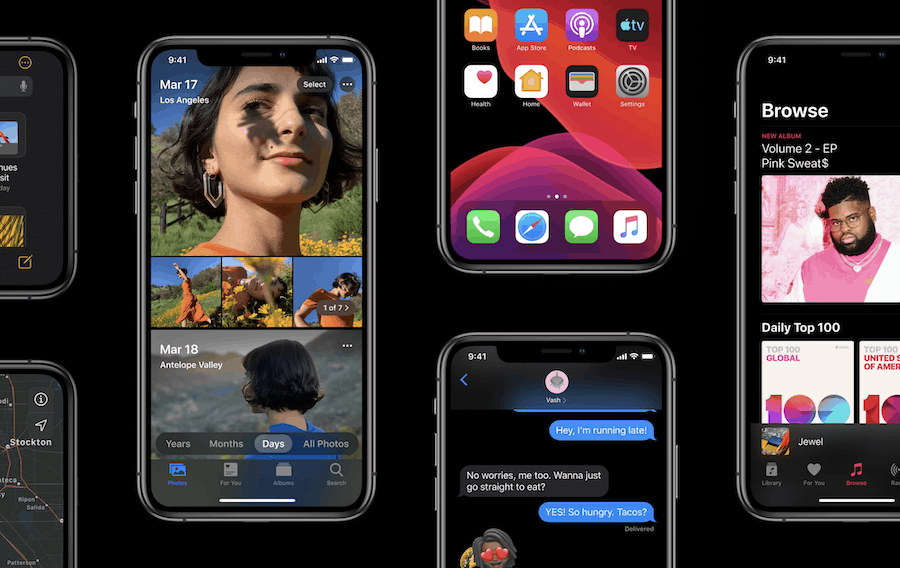 Another top-shelf feature coming with iOS 13 is Sign in with Apple. The feature allows you to sign in to apps and websites using your Apple ID. To get started, you tap “Sign in with Apple” in supported locations using Face ID or Touch ID, and you’re all set.

The feature is expected to compete with similar tools long offered by companies like Google and Facebook. Apple promises its solution won’t track or profile you, and the most information you’ll have to share with an app or website is your name and email address. Time will tell whether Apple’s promise lives up to the hype.

With QuickPath typing, you can type by swiping from one letter to the next. Though perhaps more useful on iPad, it works very well on iPhone also, making one-hand typing much more possible, especially on the larger handsets. 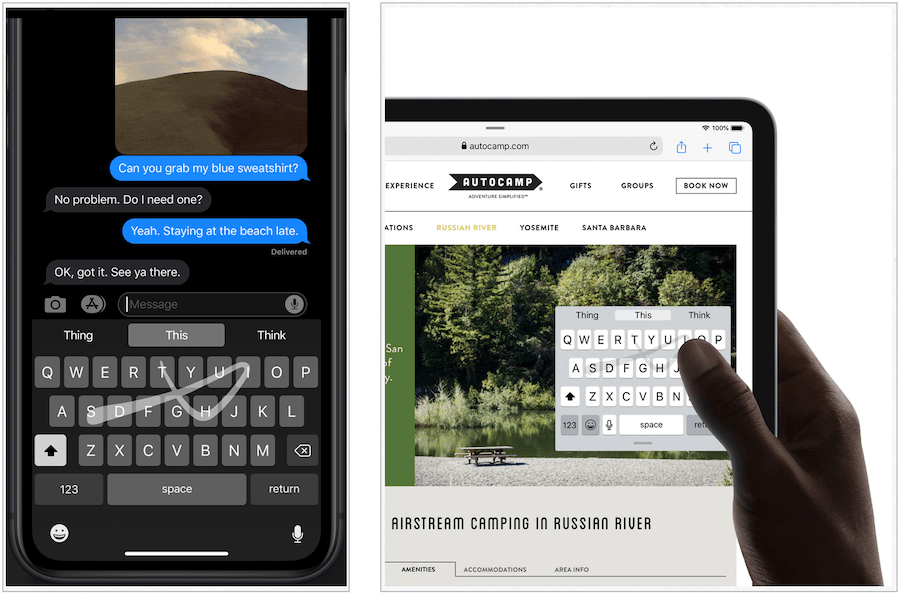 I’ve been using the iOS 13 beta since it was first released in June. Since then, I’ve fallen in love with many of the update’s less publicized new features, including those I’ll mention below.

Apple has spent a lot of time revamping the native Photos app in iOS 13. No doubt, it will spend much of this fall highlighting the app’s new Photo tab, which adds a new layer of curation by showing content according to day, month, and year. My favorite new Photos app tools aren’t nearly as sexy, but they are just as beneficial for this amateur photographer and videographer.

When digital photography finally caught on, one of its many advantages was no longer having to worry about running out of actual camera film. This meant for the first time being able to snap unlimited photos (and video), depending on the storage on your camera and later smartphone. However, not all images are created equal, and many should be deleted.

Finding photos to delete on your iPhone, until now anyway, required third-party solutions which allow you to remove images in bulk, or a lot of patience. In iOS 13, is making it easier to find and remove similar shots and clutter directly from the Photos app. Now, screenshots, imports, and hidden files are grouped automatically and ready to delete.

The Photos app also now includes a new birthday mode, which highlights photos of your friends on their big day. Search has also been improved in iOS 13, as you can now combine multiple words when looking for photos.

With videos, edits are no longer destructive. In other words, trims and effects like filters, are now removable so you can return to the original video. Even better still, Apple has extended most of the photo-editing tools to video. These include adjustments, filters, and crop support. The new video editing supports all video formats captured on iPhone, including video in 4K at 60 fps and slo-mo in 1080p at 240 fps. 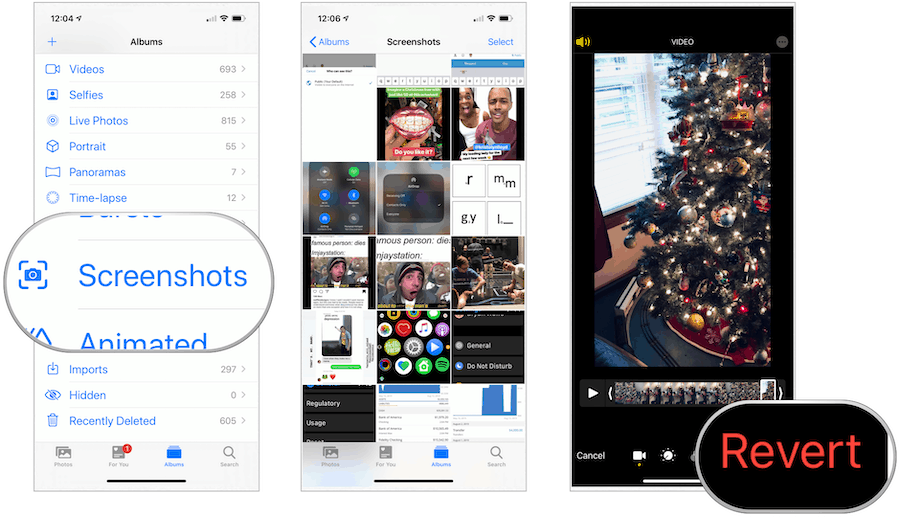 In the revised Photos app, you should also check out the new music for Memories and location controls for shared images!

Apple has also added a few tweaks to the Camera app on iOS 13. There’s a new portrait lighting effect called High-Key Mono that puts a monochromatic subject on a white background. You can also adjust the position of intensity of your studio lighting for each effect.

The native Maps app continues to mature in iOS 13. Besides adding more realistic details for roads, beaches, parks, buildings, and more, the app includes a new Collections tool. You can keep track of your favorite locations in each Collection (including maps, points of interests, etc.) and share them with family and friends. With Favorites, you can create a list of places you visit often for quick, one-tap navigation. 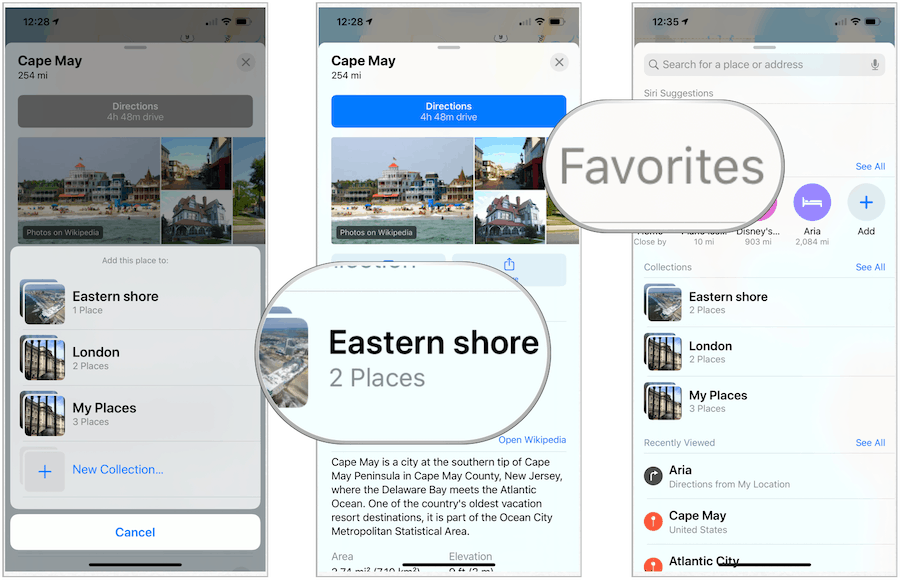 The Maps app is also picking up a Share ETA feature that you can send to others estimating your arrival at a certain location. Many airports in the app also include real-time information on flight terminals, gate locations, departure times and more.

Along with Dark Mode, Apple is also introducing Dark Mode-optimized wallpapers. Currently numbering four, these wallpapers change automatically between light and dark. Hopefully, Apple adds more of these type of wallpapers once iOS 13 is finally released to the public. 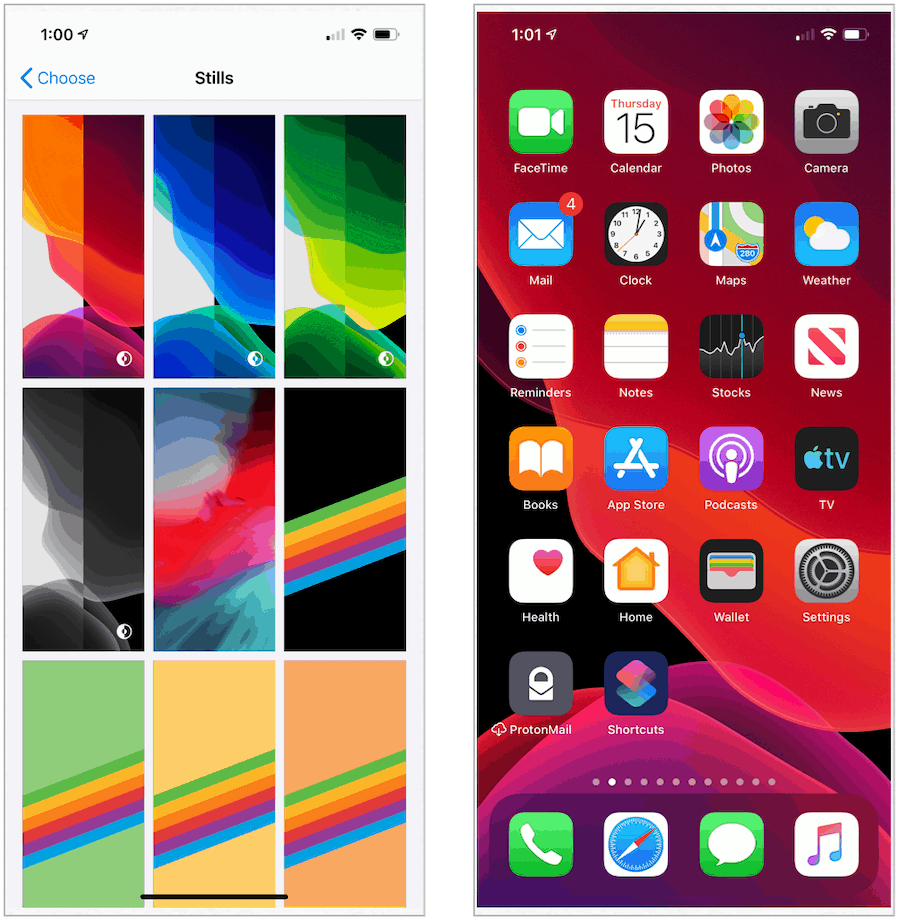 Finally, but certainly not least, is iOS 13’s improved performance. Apple claims apps on the new iOS launch up to two times faster than on previous versions. They are also smaller in download size. Also, on iPhones with Face ID, Apple says unlocking is 30 percent quicker. Until the first full version of iOS 13 arrives, it’s impossible to test these claims. If correct, it should make the iOS experience even sweeter for end users.

As usual, Apple has put a lot of new features in the latest version of iOS. Many of these probably aren’t going to star in an upcoming Apple commercial or get a shoutout at Cupertino’s next media event. These mostly hidden features, however, are what have convinced me iOS 13 is one of the most critical updates in years. Stay tuned!