You can now use your Apple Watch to unlock your iPhone when you’re wearing a mask. Here’s the requirements you need to do this.

There’s much to love about the iOS 14.5 update, available now for iPhone. One of the newest features is being able to unlock an iPhone when wearing a mask by using an Apple Watch. Here’s how to do it.

Unlock Your iPhone When Wearing a Mask

You can now eliminate one of the most annoying tech-related obstacles of the ongoing pandemic. On supported iPhones, you can’t open the phone using Face ID when wearing a mask. There’s now a gigantic workaround to this, thanks to new software updates. With iOS 14.5 or later installed on your iPhone and watchOS 7.4 or later installed on your Apple Watch, you can use the wearable device to open your phone.

Besides the new software updates for iPhone and Apple Watch, a passcode must secure your wearable device. Additionally, your Apple Watch should be on your wrist and unlocked. You guessed it; these are the same requirements to using your Apple Watch to unlock your Mac.

Setting Up to Unlock iPhone

To enable the feature: 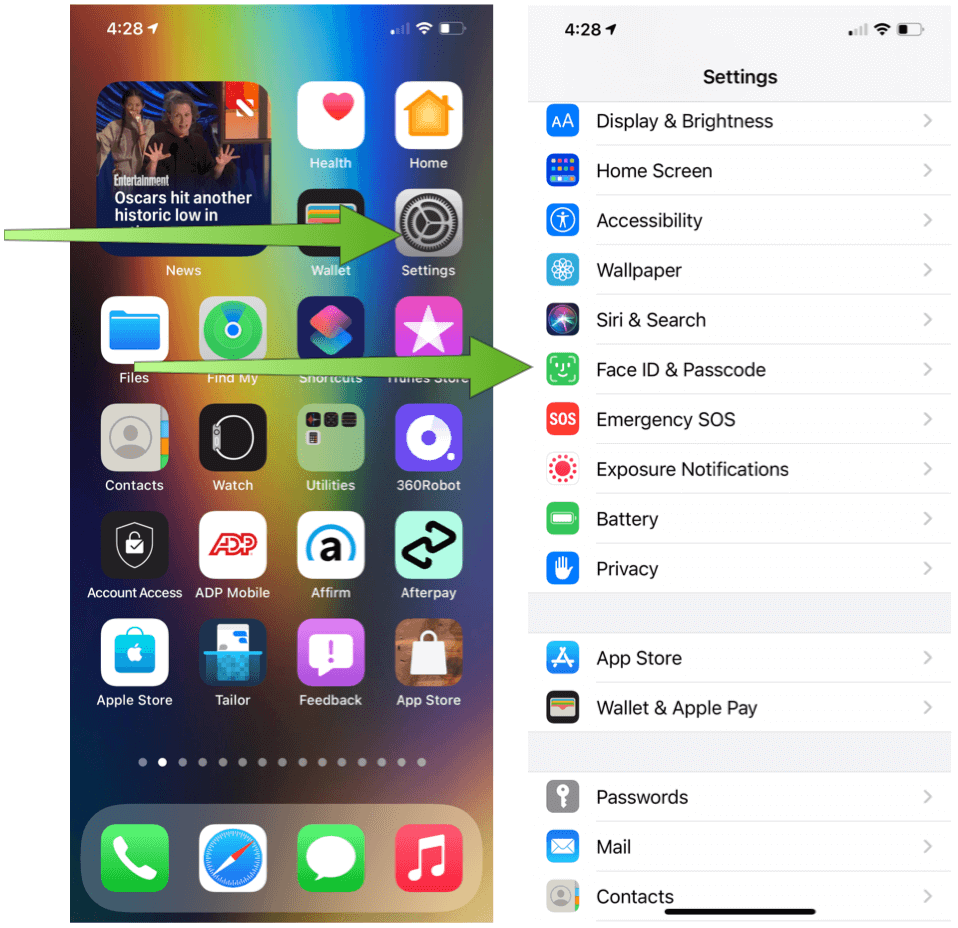 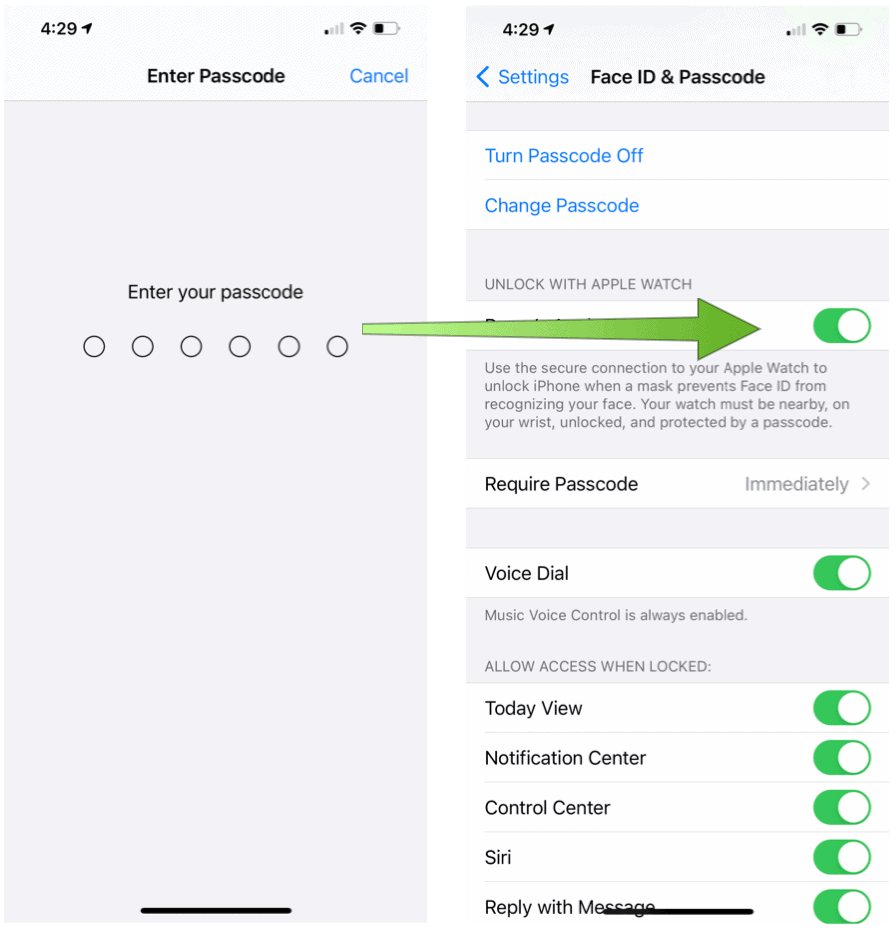 That’s it! The next time you’re wearing your mask and pick up your iPhone, the handset will unlock automatically, thanks to your Apple Watch. The new tool works as expected once you unlock your Apple Watch manually once after putting it on your wrist. If you attempt to use Face ID without a mask, it will unlock as normal. When the iPhone’s TrueDepth camera does recognize that you’re wearing a mask, it will alert your Apple Watch to unlock the iPhone. When this occurs, you’ll feel a quick double-tap on your wrist from the Apple Watch.

Being able to unlock iPhone with Apple Watch isn’t the only new feature in iOS 14.5/iPadOS 14.5. One of the biggest new features is under the hood. With the new App Tracking Transparency requirement, app developers must now ask for permission before tracking users for ad targeting. The new requirement arrives just months after the company introduced App Store privacy labels across its platforms.

In iOS 14.5, there’s also a new Find My app Items tab. It’s from here you can begin tracking non-Apple products that support the company’s new Find My API, including Beats headphones and Belkin wireless earbuds. The Items tab is also where you’ll find AirTag trackers, which Apple recently announced.

You can also change Siri’s default voice during iPhone setup and new skin tone options for some emojis. For the former, Siri is no longer a female voice by default. Additionally, there are more voice choices for English users. The new skin tones come alongside new emojis from the Unicode Consortium’s Emoji 13.1 release. You’ll see the biggest skin tone changes on emojis like “Couples with Heart” and “Couples Kissing.” Updated emojis include a refreshed headphones emoji that looks like AirPod Max, a revised syringe that no longer includes blood, and more.

The watchOS 7.4 update for Apple Watch offers many of the features carried over from iOS 14.5, plus a few more, including the same new emojis found on iPhone and iPad. Additionally, if you’re an Apple Fitness+ subscriber, watchOS 7.4 adds the ability to cast workouts to any device or television with AirPlay 2. When Apple Fitness+ originally launched, you could only use the service via iPhone, iPad, and late-generation Apple TV.

Apple also released a new version of tvOS for the Apple TV. The tvOS 14.5 update, however, was short of significant changes. It adds support for the latest PlayStation 5 DualSense and Xbox Series X controllers and includes a new Adjust Color Balance feature. The latter uses your iPhone’s light sensor to determine the best settings for your Apple TV.