A new thing Microsoft is doing with Windows 10 is displaying suggested apps in the Start menu. If you don’t want to see “ads” here’s how to turn them off.

One of Microsoft’s new things with Windows 10 is displaying suggested apps in the Start menu. If you’re not happy with seeing these “ads,” here’s how to turn them off.

There are a couple of ways to turn off or manage these suggested apps. If you see one, right-click on it and select an option from the context menu. 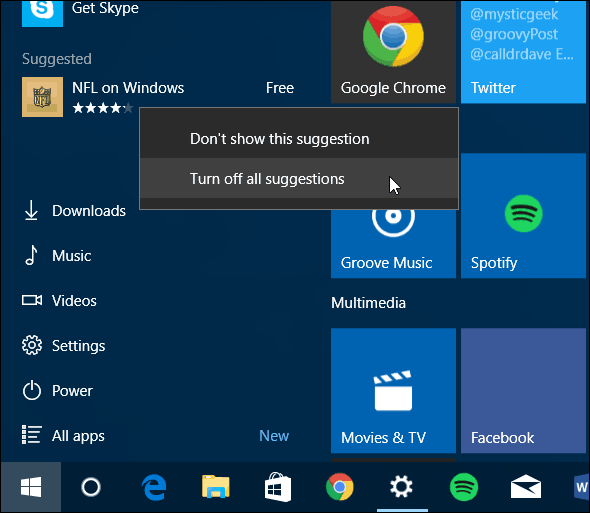 The other way to get rid of Suggested apps is to head to Settings > Personalization > Start and turn off “Occasionally show suggestions in Start.” 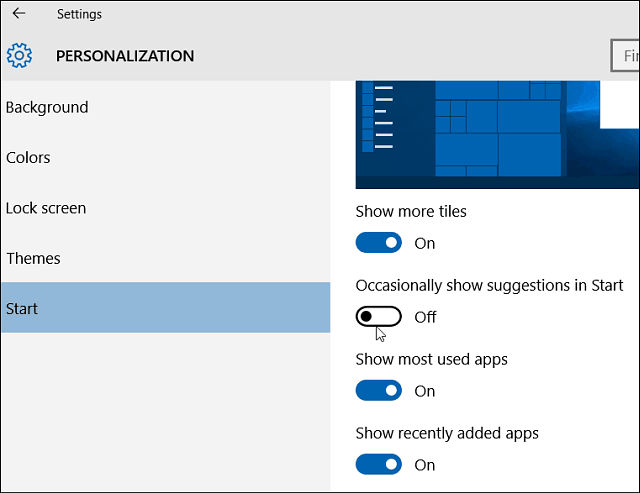 After you get rid of the Suggested apps section, there will be some space left over, and you can rid of it by resizing the menu. Move the pointer to the top of the Start menu and move it down a bit and close the gap. 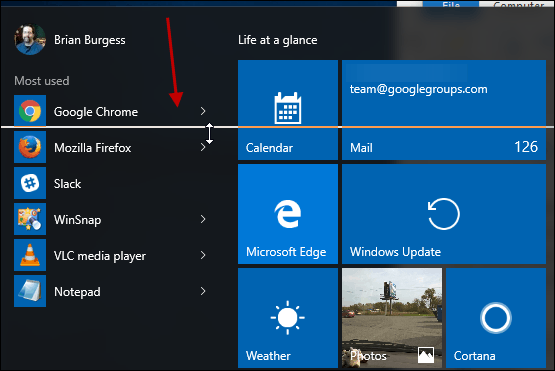 Personally, I don’t consider these to be “ads” per se. Yes, it does allow app developers to showcase their apps in the Store, but they aren’t paid ads. I believe this is a good way to learn about an app that I might not have known about before.

What I would be more upset with is if they were ads for Viagra or something that isn’t related to Windows 10 or Microsoft at all. But something that annoying doesn’t look like it will be happening. According to a Microsoft spokesman about the issue:

We will continue to offer Windows Ads in Apps on Windows 10. Beyond that, we do not currently have plans for advertising in Windows 10…Start content is programmed by Microsoft to help customers learn and discover new features and apps to enhance their Windows 10 experience; app publishers are not paying to be featured.

I can also see the other side where users don’t want Microsoft pushing app ads on their Start menu, and the feature is turned on by default. If you fall into that camp, the good news is you can turn them off.

What’s your take on the Suggested app section in the Start menu in Windows 10? Do you consider them obtrusive ads, and will you turn them off? Leave a comment below and tell us.