Microsoft today launched its latest version of the Windows 10 “Threshold 2” (TH2) update to Windows Insiders, and you can download it now. Build 10565 and contains some new UI revisions, features, and other improvements.

According to the blog post by Microsoft exec Gabe Aul, this new build provides some interesting new improvements.

Messaging and Skype Video Universal apps are now available in this build. These are part of Microsoft’s built-in apps. While the look is rather bare-bones, the Skype Video app will work as a replacement for the old modern app in Windows 8.1.

Revised Start context menu is a UI revision. When you right-click a tile, there are new icons that appear that will better help you organize them.

Microsoft Edge tab previews provide a thumbnail view of the page that’s opened in that tab. Just hover your mouse over a tab to show the preview. It also provides a new syncing feature that lets you sync Favorites and Reading lists between devices.

Installing apps to external storage is now available. It used to be available in an early preview build, but the capability is back, and it will be available in the final TH2 release. This will let you install apps from the store directly on SD cards, flash drives, and other external media. If you have a tablet or laptop with low storage capacity, this is much-needed.

Cortana improvements include the ability to decipher intelligently data your inked notes…like setting reminders, times, and locations. Cortana will also keep track of your leisure time (that is if you have any). It will keep track of movies and event bookings ticketed through your email. It can even track a Uber ride that you set up. 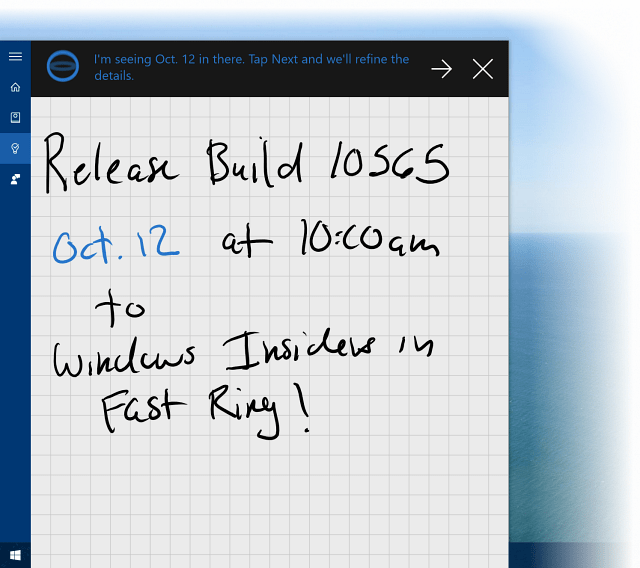 Revised menus and icons are available in this build. It seems Microsoft will eventually get rid of the classic Control Panel, in favor of the Settings app, but while it’s still around, at least it gets an updated look. It also includes improved context menus and more vibrant title bars. Improvements to the Title bars was first starting to happen in build 10525 and more customization options are available. 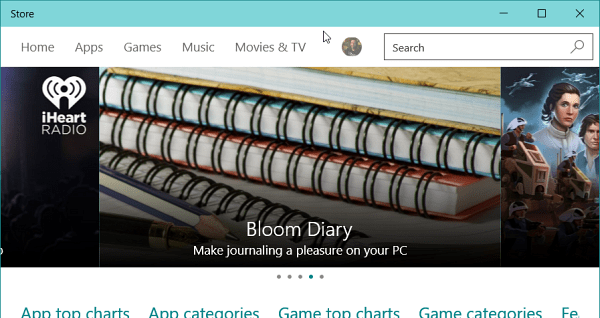 The title bars on your open windows can look less bland, like this example of the Windows Store

Here’s a look at the new adjustments to the context menus on the Start menu. They look cleaner, and easier for touch as well.

What Has Been Fixed

According to Microsoft, the following issues have been fixed.

There are, of course, known issues with this build which Gabe writes about in his post. They include the following:

As always, if you’re a Windows Insider, the update will install automatically. But if you want to grab it right away, head to Settings > Update & Recovery > Windows Update. 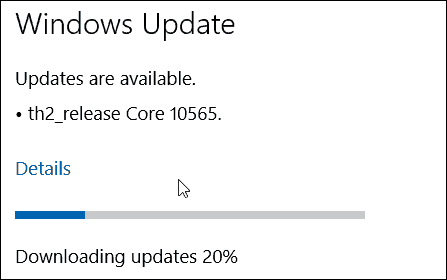 As is usually the case for me, my test system is in the middle of updating while I’m writing this, so I haven’t been able to play with the new features yet. But will keep you posted.

Once you install it and can test things out, leave a comment below and tell us what you think or advise on any issues that you might be having.