Resetting your favorite playlists is one major annoyance of switching between streaming music services. But if you’re moving between services, here are a couple simple and free ways to do it.

Spotify and Apple Music are the two biggest music streaming services. But there might be some times when you want to move from one to another. Maybe you were a long-time Spotify user and got an iPhone and decided to give Apple Music a try. Whatever the case, the biggest annoyance when moving from one streaming music service to another is moving your created playlists. Luckily, there are free apps and services to help you out. Here is a look at two free options for moving between Spotify and Apple Music — or other streaming services.

Assuming you’re moving to Apple Music because you have an iPhone or iPad, first, we’ll look at the free iOS app called SongShift. Just download it onto your iPhone, iPad, or iPod touch and launch it. Tap on the “Setup Source” button. 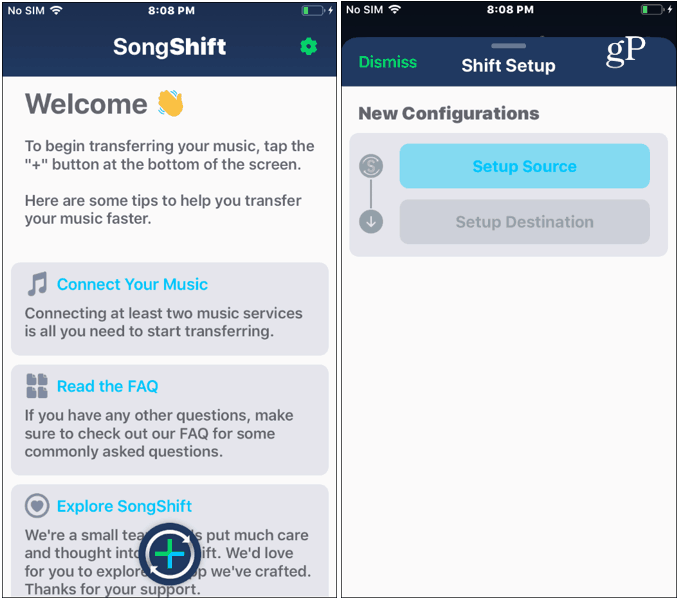 Next, choose Spotify and enter your credentials, then choose Apple Music and sign into it. Note that you will need to have “Apple iCloud Music” turned on in Settings to connect it to SongShift. After both services are connected, tap the “dismiss” button to clear the screen. 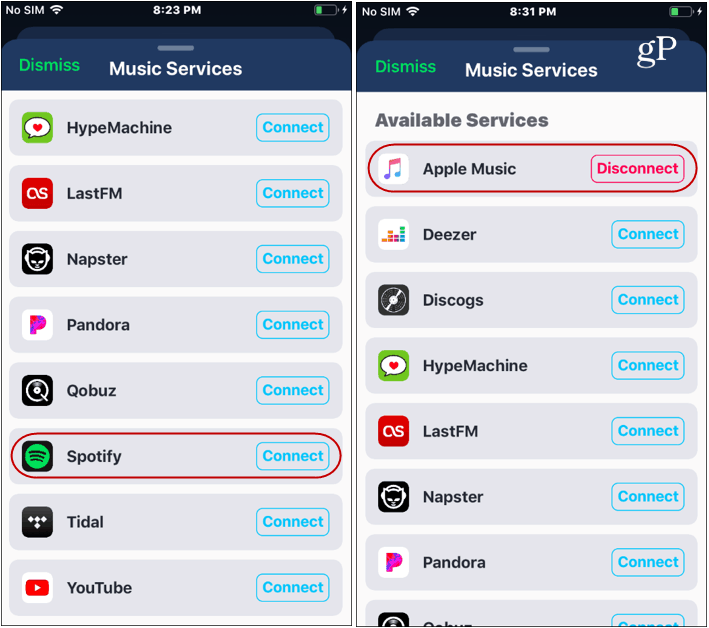 Then go back to “Setup Source” in the app and tap Spotify and whether you want to move an album, song, or playlist. Then choose the item from your library you want to move and tap “Select” in the upper right-hand corner. In this case, I’m moving a playlist. 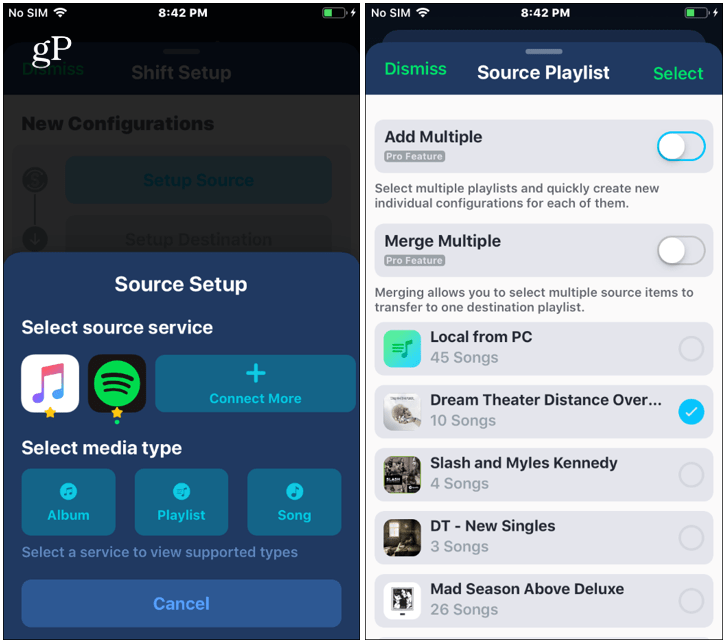 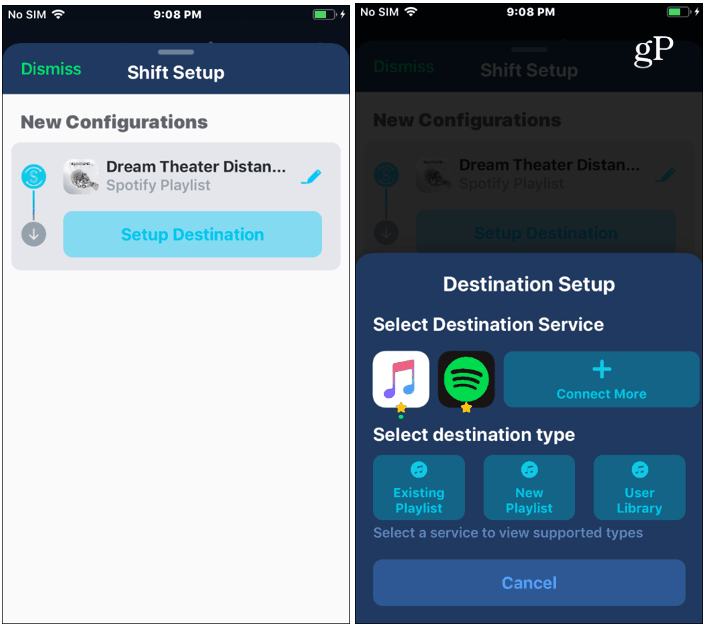 After that, tap the “I’m Finished” button and your playlist from Spotify will be matched up over on Apple Music. 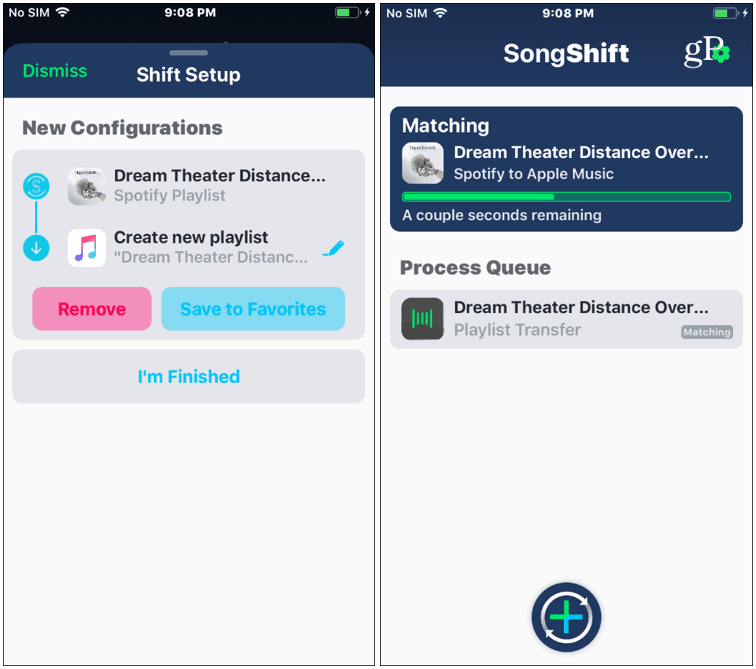 Important: If you want to migrate multiple playlists at once, you need to purchase the Pro version of SongShift. At the time of this writing, the Pro version goes for $4.99. However, if you’re ok with moving one at a time, you can continue to use it for free. Also, sometimes you won’t be able to move music because it’s not in the Apple Music catalog.

Another free web-based tool for transferring music from Spotify to Apple Music (or vice-versa) is TuneMyMusic.com. The idea here is the same as the SongShift app. Choose Spotify (or whatever service your moving) and log in with your account credentials. 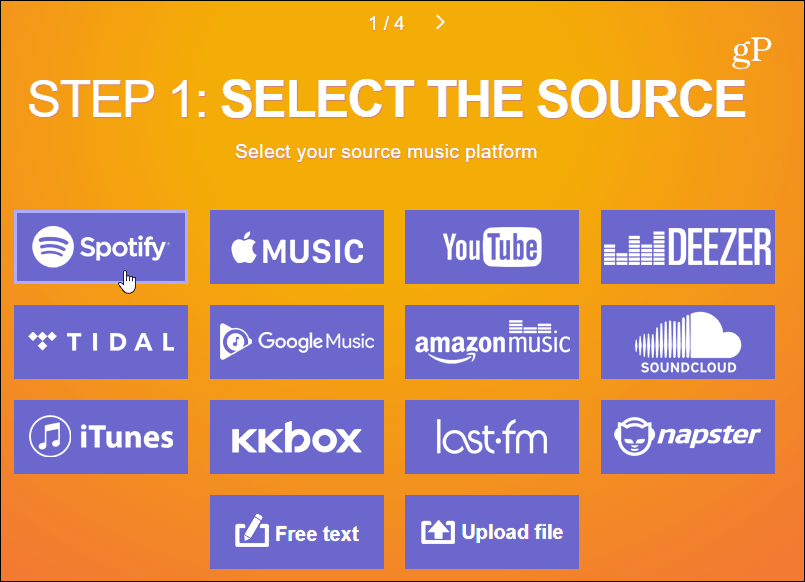 Next, you can either pop in a link to the playlist you want to move. Or, select to load from your Spotify account. Then choose the playlist(s) you want to transfer. Then click the “Select Destination” button. 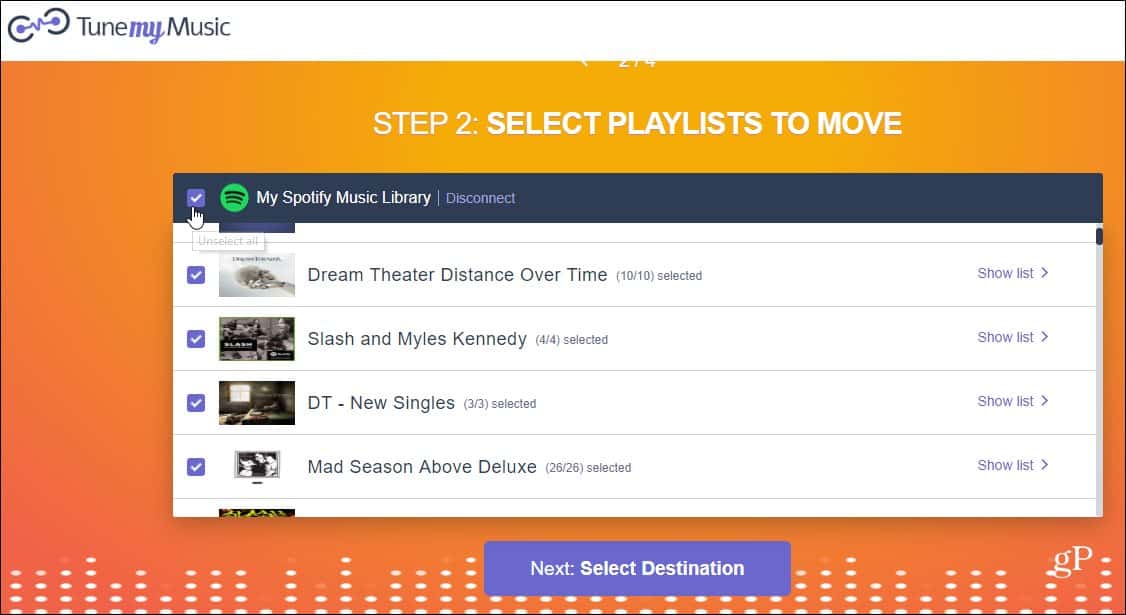 Choose Apple Music (or another service) and log in with your account creds. If you have two-factor authentication turned on (which you should) you’ll need to enter the security code sent to your device. 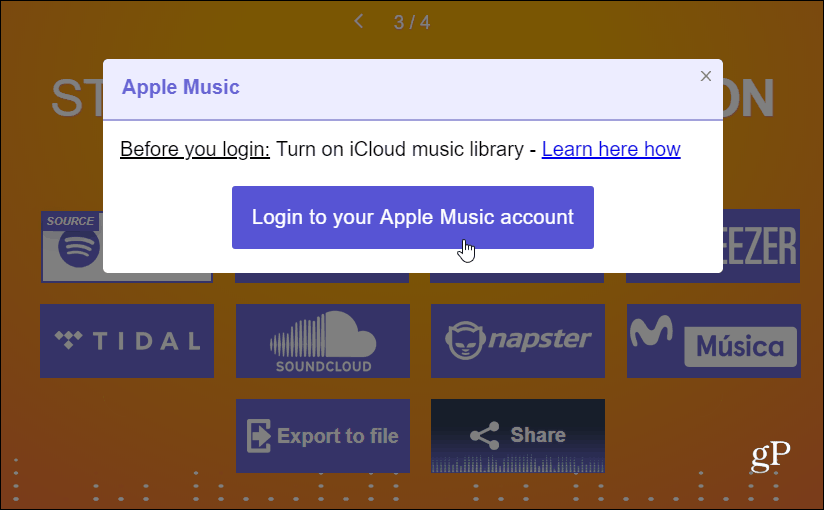 That’s it. You will get a progress screen while your playlists are transferred from Spotify to Apple Music. 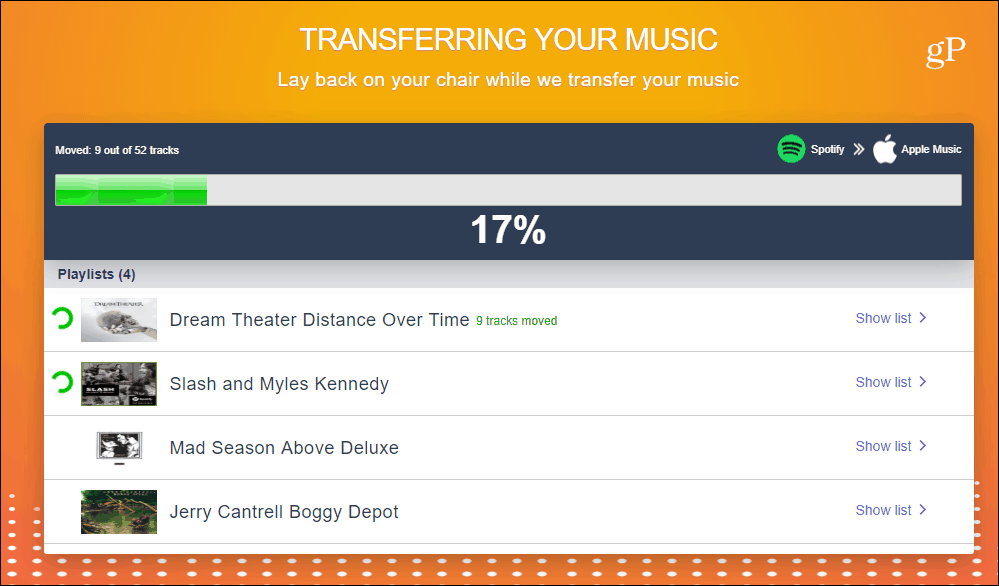 It’s important to mention here that TuneMyMusic.com allows you can transfer multiple playlists at the once. And you don’t need to download an app.

There are other ways to move your playlists between streaming music services. But these two are solid and easy to use. And the cool thing is they support more than just Spotify and Apple Music. And, of course, you can go either way with them. You can transfer Google Music playlists to Apple Music or YouTube Music to another service. They even support other services like Pandora and Tidal…you get the idea.