You can now subscribe to premium channels like Starz, Epix, and Showtime via The Roku Channel on your Roku device or app.

Earlier this year, Roku announced it would be bringing premium streaming channels to its Roku devices and smart TV sets. The idea is similar to Amazon’s Prime Video Channels. The Roku Channel also provides free ad-supported content, including movies, live news, and television programs. And the idea here is it now allows you to manage subscriptions to premium channels like Epix, Starz, and Showtime through a single interface using the payment info you have set up with Roku’s own billing system.

This week Premium channel subscriptions are rolling out to everyone and will work on most modern Roku devices, including boxes, sticks, and Roku-powered smart TVs. They will also be supported via the web-based version of The Roku Channel and the mobile app on iOS. Android support is coming in early February. Here is a look at how to find and subscribe to a premium channel.

Fire up your Roku device and launch The Roku Channel. Scroll down a bit, and you will see the Premium Subscriptions section, which lists the various premium channels you can subscribe to, like Starz, Epix, and Showtime – there are nearly 25 channels. However, one glaring channel omission is the lack of HBO. 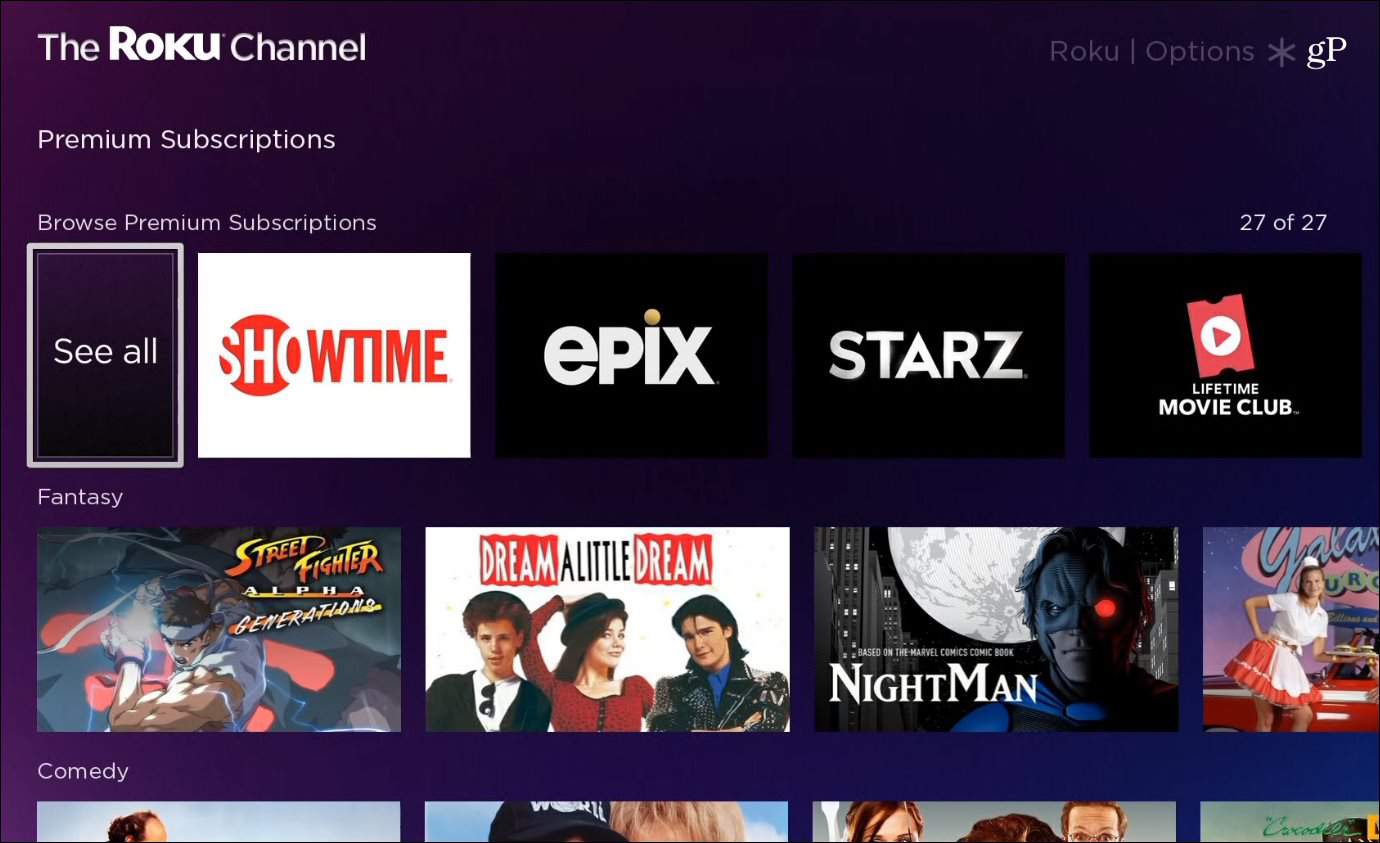 Select the premium channel you are interested in, and you will have the option to start a free trial. Your subscription will be paid for with the card you have associated with your Roku account via Roku Pay. If you need to change your payment method or don’t have one set up yet, you can do it on the My Roku Account page. If you don’t want to plug in one of your cards, the good news is Roku supports PayPal, too. 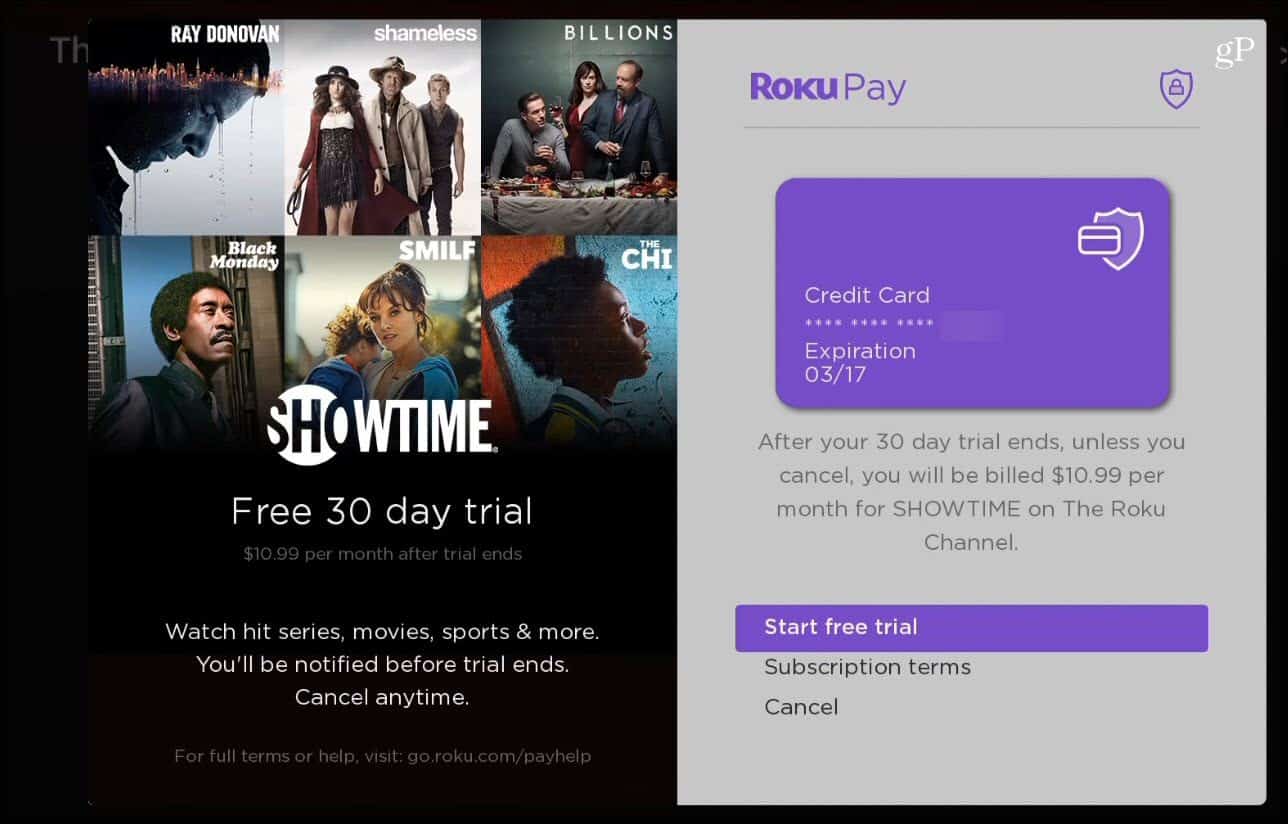 That’s it. Now you can watch your premium channels along with the free content offered all from The Roku Channel on your Roku device, app, or on the web-based version. 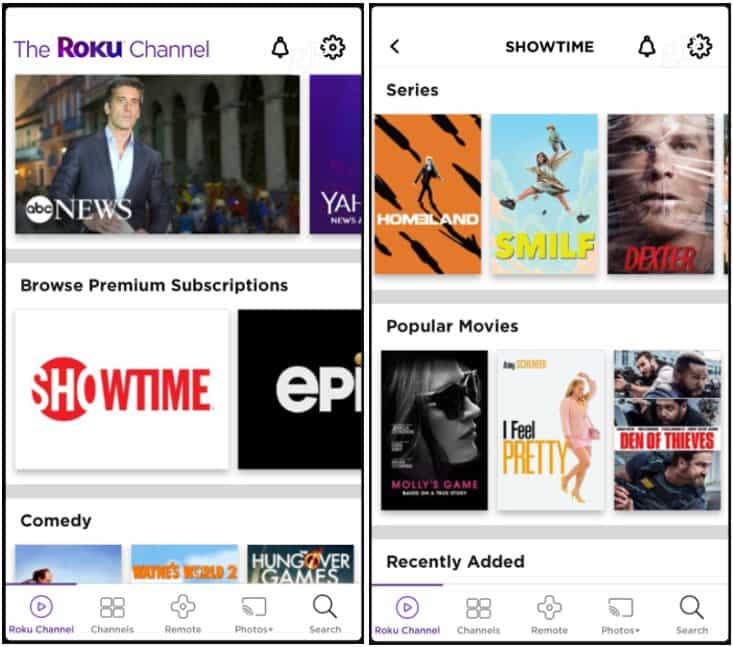 The 30-day trials are an introductory special for the first quarter of this year, and they ended on March 31st, 2019. Usually, with other services or standalone apps, you only get a 7-day trial. So, now is a good time to get a month of premium channels to test everything out. Just make sure to cancel your subscription if you no longer want it after the free month.