Staying in contact with friends and family via WhatsApp just got more convenient. The company recently released a desktop version for Windows and Mac.

Is there a WhatsApp for Windows? I have often come across this question; up until now, the answer has always been no, technically. In recent times, the only way you could officially use WhatsApp on Windows was through the Chrome web browser extension. Yesterday, developers of the popular communication app released an official desktop app for Windows 8.1 and Windows 10. A version of the app is also available for Mac OS X version 10.9 and later.

We recently asked readers what their favorite instant messaging tool is. And for a lot of other people and me, it’s this one. Since its launch in 2009, WhatsApp has become one of the most popular messaging apps, with an estimated 900 million active users worldwide. The service processes up to 60 billion messages per day. Here in Jamaica and other parts of the world, such as India and Europe, WhatsApp is a vital lifeline for communication.

How to Install and Configure WhatsApp for Windows

WhatsApp for Windows is a 61 MB download (link below), and it’s quick and easy to set up, too.

Note: To use WhatsApp on your PC, you need to be running Windows 8 or higher. Unfortunately, Windows 7 is not supported. 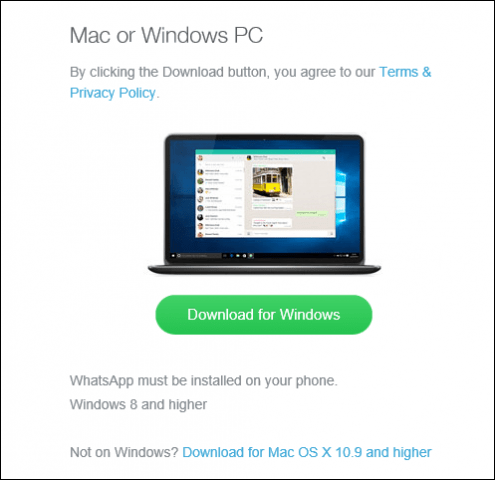 After getting it installed, use your smartphone to scan the QR code so you can access WhatsApp on your computer. The app mirrors your communications on your phone.

The procedures for doing so will vary depending on the mobile device you’re using. 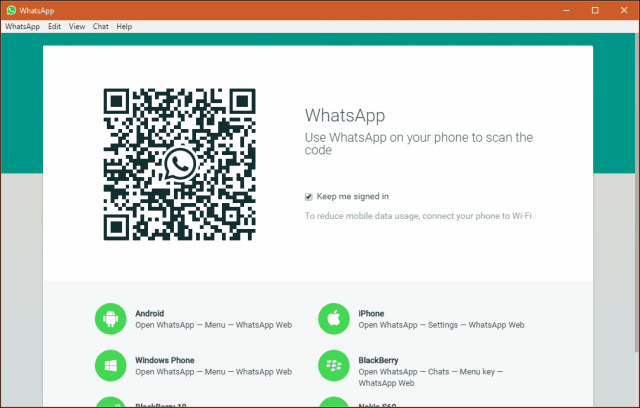 After scanning the QR Code, you’re now set up. 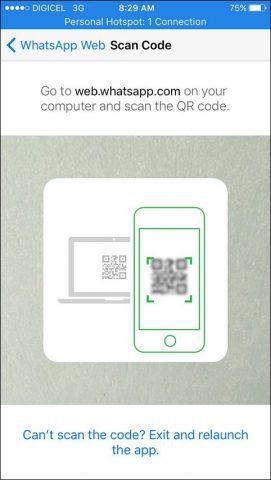 WhatsApp for Windows does not feature any surprises from its mobile counterpart. You can perform many of the same functions you normally do on your smartphone, such as sending voice notes, attach media, and update your status. 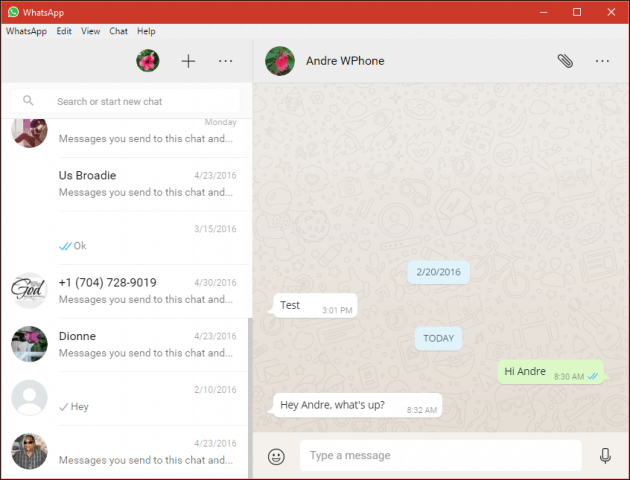 Messages sent from the desktop will sync across your devices. One of the great things about using WhatsApp on your desktop is it does not affect your data usage. That’s because WhatsApp on your smartphone will manage all syncing of messages. This is convenient for users on metered connections. 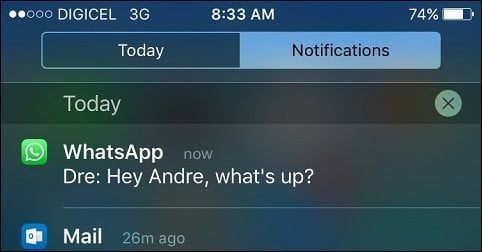 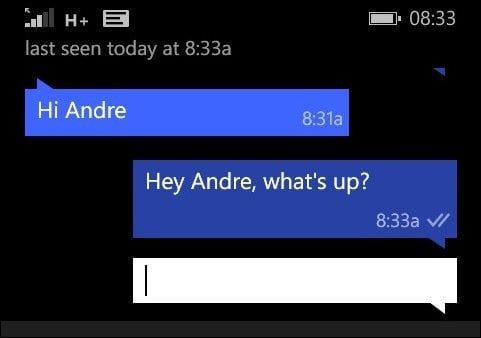 The mobile app is still required for basic functions such as adding a contact. Also, you cannot use more than one phone number with the app. So is there a reason to use WhatsApp on your desktop? For me, it’s more convenient reading long messages on a larger screen. 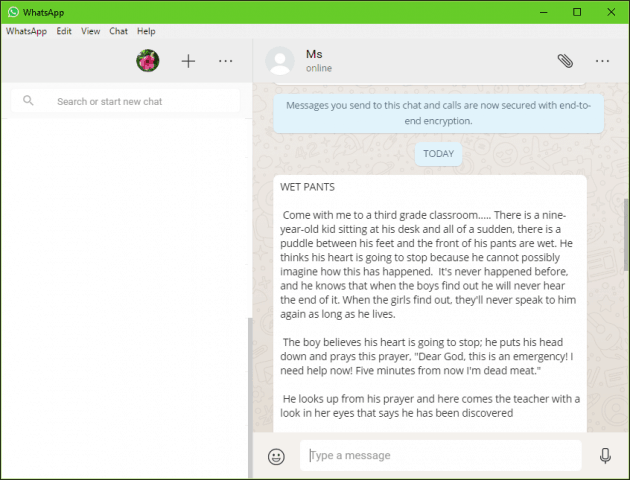 I am more likely to ignore a TL;DR message on a smartphone, but I will take the time to read it. Also, I’m more likely to catch up with messages since I am often in front of my laptop. It’s nice not having to switch between my PC and smartphone constantly.