Remote Desktop allows you to control a computer on your local network or one that’s remotely in the home or office or vice versa.

Update: The Remote Desktop Connection Manager tool is no longer available or supported.

Way back in 2008, we covered RD Tabs, a freeware RDP client alternative that answered the prayers of many a systems administrator for an easier way to manage multiple RDP sessions at once. This groovy application from Avian Waves was well-deserving of the props it received. Still, now, Microsoft has officially taken up the torch by offering a more elegant way to handle connections to numerous RDP servers at once within its very own Remote Desktop Connection Manager. Apparently, this life-saving tool has been used internally by Microsoft for quite some time. But thanks to the efforts of David Zazzo, RDC Man is now available to the public as a FREE download.

The crux of this breakthrough is the groovy tree structure that allows you to group sessions. This goes a long way in keeping things organized and makes zipping between servers and hosts much easier. By default, sessions are docked within RDC Manager and fill the window when clicked on. However, if you select the group, you’ll be given a nice thumbnail view of all of your servers and their statuses. In addition, you’ll see a thumbnail version of the screen for all connected servers, which makes it even easier to get your bearings. Oddly, or perhaps usefully, the thumbnails can receive focus from the mouse and keyboard. This can throw you off if you’re unsure which screen has focus, but if you have some crazy high-resolution, you could feasibly work directly from the thumbnail view. 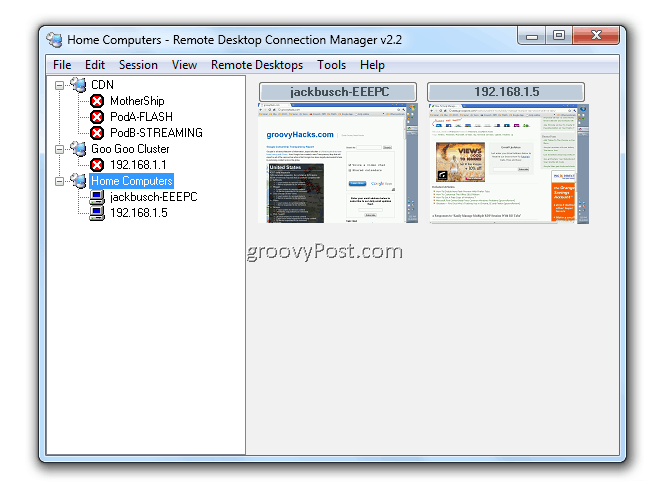 In addition to the groups you create, there are two “virtual groups.” To access them, click View and select Connected group and Reconnect group. 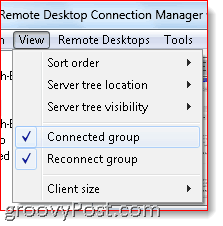 The Connected Group shows you which servers are currently connected. According to Microsoft, the Reconnect Group is newer and is still under development (may cause “extreme cursor flicker”). To use it, drag a server into the Reconnect Group. RDC Manager will try to reconnect that server until it is successful. This is useful if you’re rebooting a computer and want RDC Manager to reconnect as soon as it comes back online. 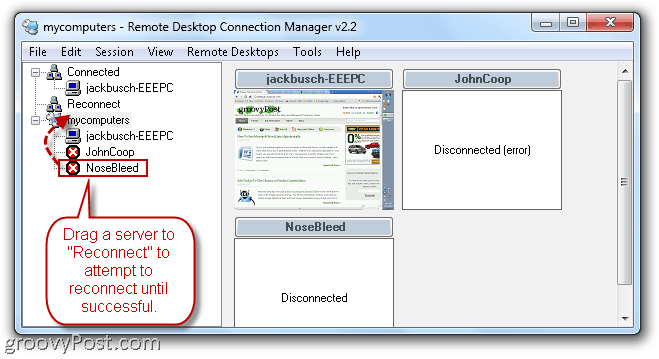 You can also undock a session and give it its own window. In this view, you can switch between sessions by clicking on it from the taskbar, just as if it were an application of browser window. You can also enter full-screen mode by Right-clicking it in the server tree and choosing Full Screen. 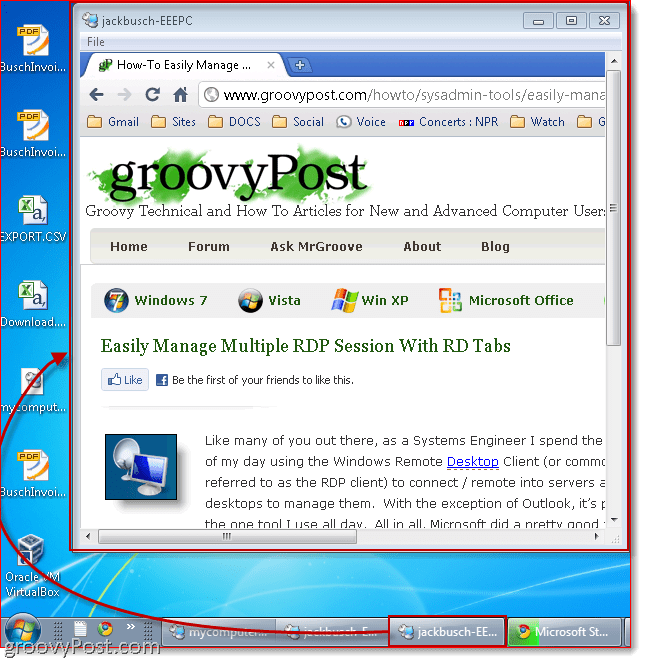 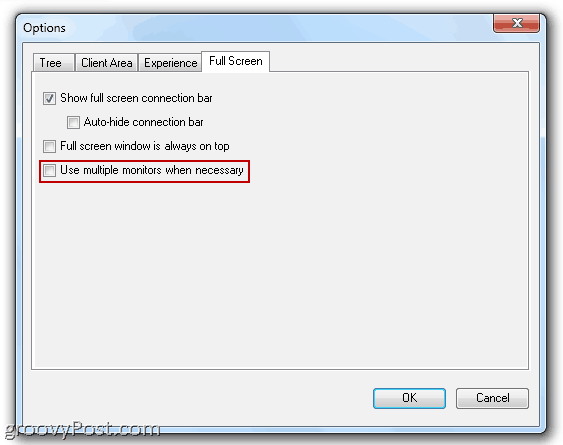 Another great time-saving feature is the ability to perform actions on an entire group. For example, you can quickly connect or disconnect to all of the servers within a group.  As you’ll notice from the contextual menu, you can also save groups as an .RDG file and import it on another machine. This will replace the previous method of importing servers via comma-separated values in a plain text document (this feature is still available in v2.2, however). 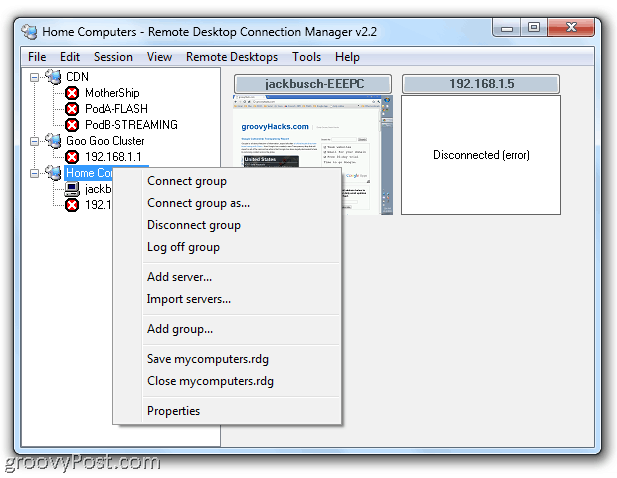 RDC Manager also lets you tweak the server properties, such as login credentials, gateway settings, and security settings. For example, you can set each server’s settings individually, or you can set the properties for the parent group and tell all child servers to inherit the settings from the parent. This is very handy, say if you have a system-wide password that applies to all machines on the network. In this way, you can change settings, login credentials, and other options across the whole system without going through and changing the settings for each server. 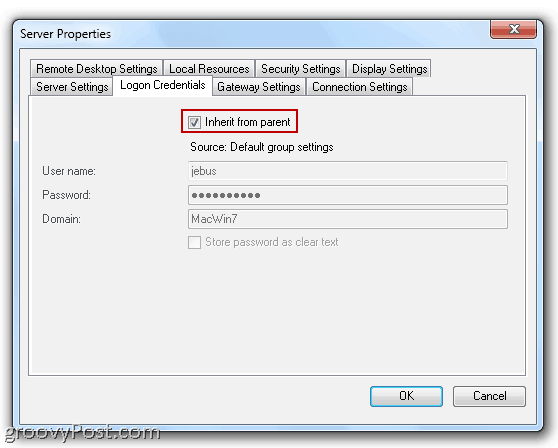 Overall, the Remote Desktop Connection Manager client is a much-needed interface upgrade for handling multiple RDP connections. The server tree view is slightly different from the Firefox style tabs offered up by RD Tabs, but as a Microsoft-supported and developed application, it feels a bit more stable. Plus, it’s free, so go ahead and give it a try.

(Note: For those running Windows versions other than Vista or Windows 7, you’ll have to download version 6 of the Terminal Services Client to get this to work.)