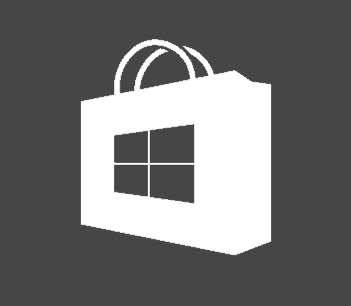 If you do a clean install of Windows 10 or use the Reset this PC feature, all apps and games will be removed. But it’s easy to get them back via the Store.

Microsoft redesigned its Store in Windows 10 to include apps, games, movies & TV and music. But if you perform a clean install of Windows 10 or use the Reset this PC feature, all apps and games will be removed. However, it’s easy to get them back via the Windows Store.

Note: This also works if you were previously running apps and games you got from the Windows Store on Windows 8.1. Since you have a Microsoft account, all of the apps, games, music, and videos that you previously purchased (including free apps and other content) are saved in a library.

Launch the Store and click your profile icon at the top and select My Library from the menu. 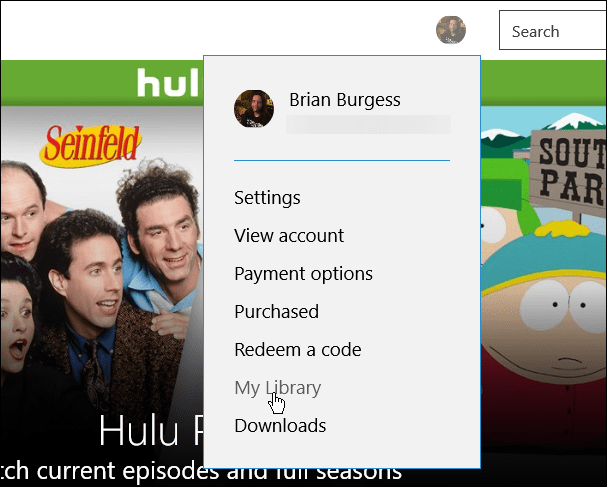 Your content is broken down into four groups: Apps, Games, Music, Movies & TV. Although the latter two categories need to be opened in Groove Music and Movies & TV. Then you can download that content in each of the respective apps. 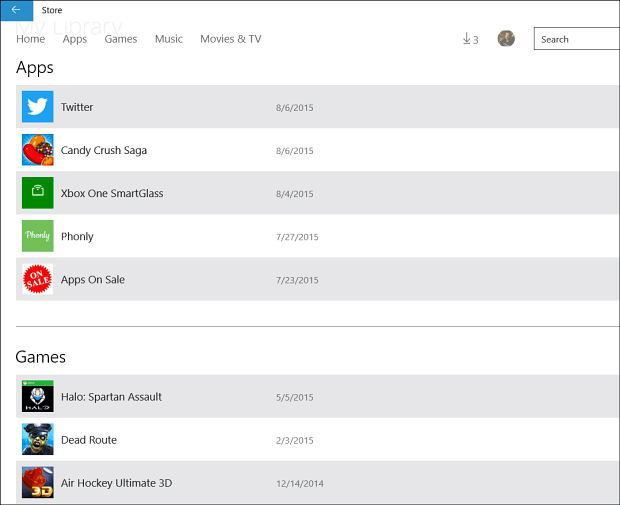 For example, in the shot below I am set up to download a few songs via the Groove Music app to my local drive. 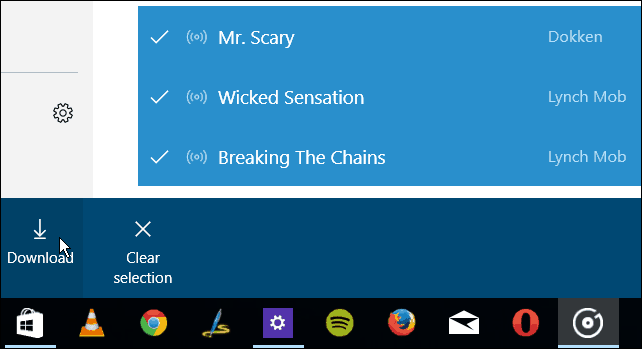 But now let’s focus on games and apps. In My Library you’ll see a list of your apps and games, but if you need a complete history of what you’ve downloaded over the years, click the small Show all link at the right side. If you have a ton of apps or games, it will take a few seconds to pull them all up. 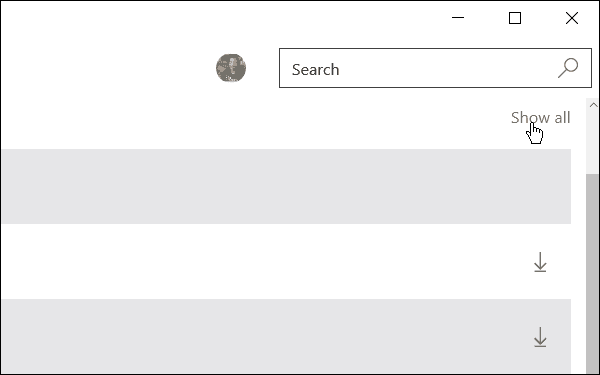 To re-download and install an item, just click the down arrow icon at the right of the app or game. 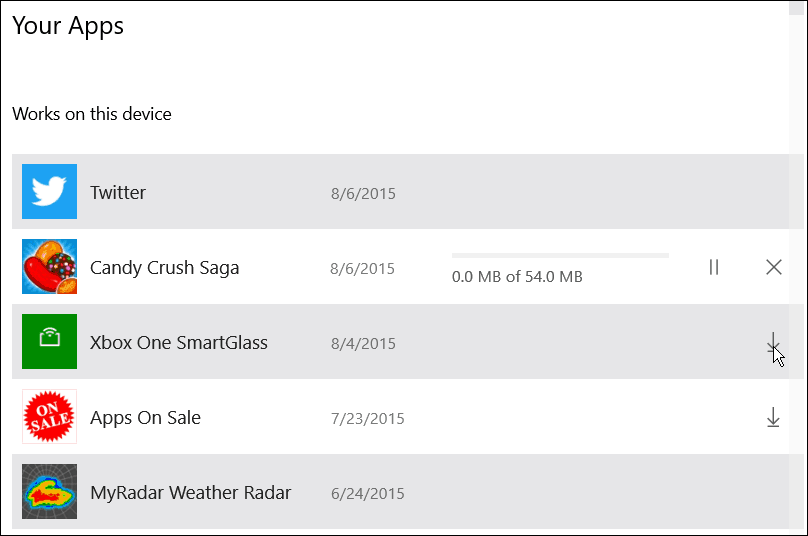 If you don’t remember what the app or game was, just click on its icon display, and it will bring up its description, screenshots, and customer ratings. Then you can click the Install button to get it back. Just like with Apple and Android, if you already purchased an app or game, you don’t have to pay for it again. 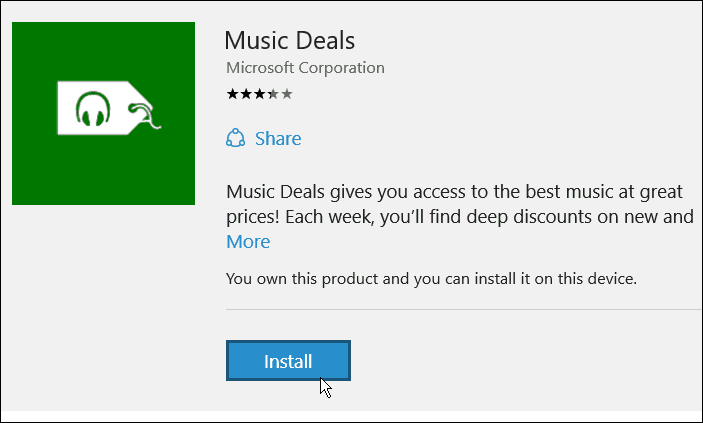 However, 10 devices might be cutting it close for people who are all in with the Windows ecosystem. If you have a Windows desktop, laptop, tablet, phone, Xbox, or even a HoloLens. Not to mention owning multiple phones…you’re almost at the max. 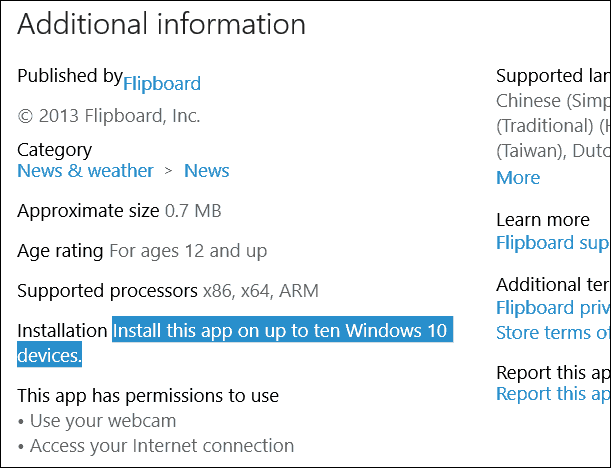 This can also be an issue if you’re running VMs and purchasing a new phone or other device over time. Some people are already seeing the error: 0x803F7003 Device limit reached. If you get that error, make sure to log into your Microsoft account and remove any devices you no longer use. That should free up the allotted slots that apps can be installed on. 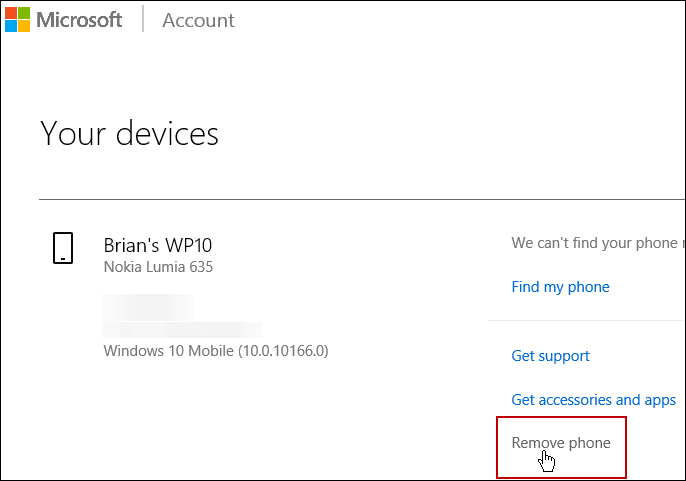