With the new Google Chromecast, you can use it to enjoy all sorts of videos from the web on your TV. But did you know that you can play games, too?

If you got a new Google Chromecast for the holidays, you know you can use it to enjoy all sorts of video and music from the web on your TV. But one of the overlooked features is that you can use it to play games, too.

Gaming on the New Chromecast

After you have installed and set up your new Chromecast, on your Android or iOS device head to the Chromecast Store to find the games you want to install. 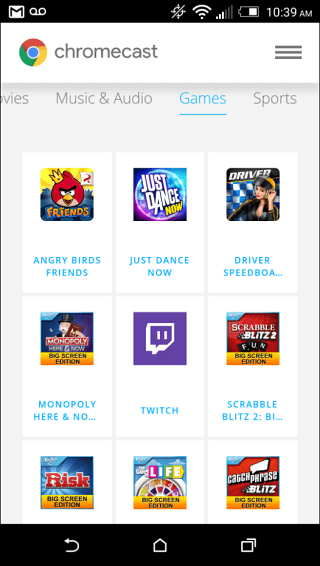 When you launch a game, the method of beaming it to your Chromecast will vary. For example, in the shots below the cast button for Monopoly is clearly evident, but for a poker game I installed, the button is in the game’s Setting menu. Of course, its location will vary if you’re using an iPhone or iPad, too. 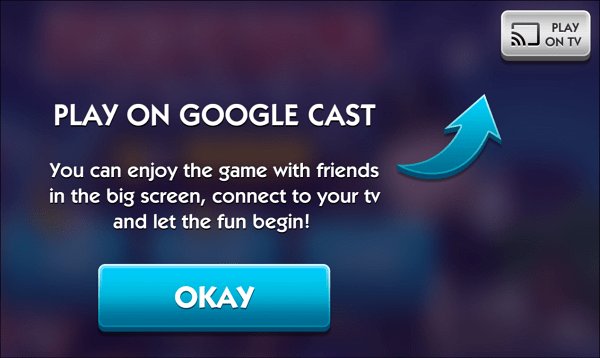 Play on TV button for Monopoly for Chromecast. 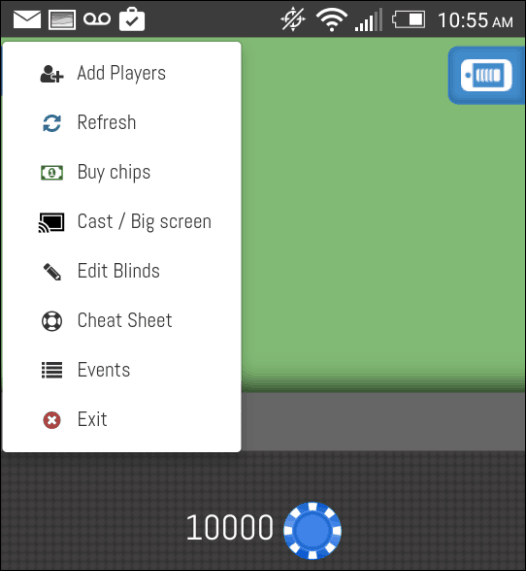 Some games have the Cast button in the Settings menu.

After you select the Cast button, choose the Chromecast on your network you want to beam the game to and start playing. 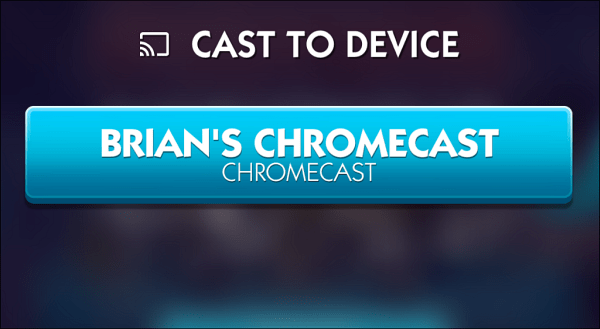 Choose the Chromecast you want to beam your game to.

Don’t expect to be playing any complex games like Call of Duty, though. It focuses on the more casual-style games like Monopoly, Angry Birds, and others. In fact, in time for the holiday season, Google added more family-friendly titles including board games like Scrabble Blitz, Risk, and Yahtzee Blitz. 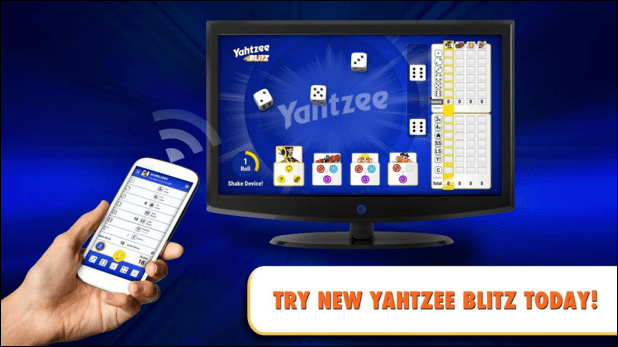 Having gaming on set-top boxes like the Apple TV and Amazon Fire TV is currently a trend. While the set-top boxes are more serious about gaming, including having separate game controllers, whether gaming on the Chromecast will continue to evolve remains to be seen. But for just $35, it offers quite a bit of entertainment and fun.

Speaking of the set-top boxes, it’s worth mentioning that Google does have one, the Nexus Player. It also has a controller you can purchase separately, and you can play more diverse game titles on it.