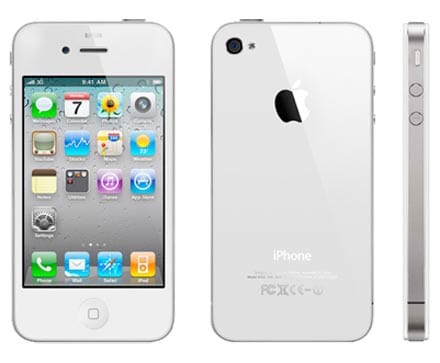 Here’s some interesting news for all of you Apple fans out there. One that also hides some not-so-pleasant info.

The good news is that Bloomberg sources report a white version of the iPhone 4, Apple’s most advanced smartphone to date, will supposedly be available in a couple of weeks.

This will certainly make a lot of people happy. A white Apple device has a certain amount of charm, even if it’s the same device, all in all. Still, I can think of a few people who will jump and buy one in the first few minutes, even if they own a black one, too… (my wife….)

Bloomberg’s sources say that AT&T and Verizon will be selling the new version, which was delayed for quite some time, with Apple citing manufacturing issues.

On the other hand, this only means one thing: no new iPhone (iPhone 5) for a while, as this seems like a move aimed at buying Apple a bit more time before the release of the all-new device. The new devices won’t be released at the developers’ conference in June, either, the same sources said.

Still, while you’re waiting, here’s how to sync your iPhone with Ubuntu.