Last week Microsoft broke their Tuesday update habit and released an upgrade for Microsoft Security Essentials taking it to version 2.0, on a Thursday.  With the new version there aren’t many new features to look at visually, but under the hood they’ve improved on what was already a highly effective anti-virus product.  If you’re still using the bloated Norton or McAfee suite that came pre-installed on your HP computer, here is your opportunity to speed up your computer and get some real anti-virus protection.  And let’s not forget, it’s free!

If you already have MSE installed it should automatically update to version 2.0 via a regular Windows Update.  If you don’t have it yet, get it; there are two places to download it. 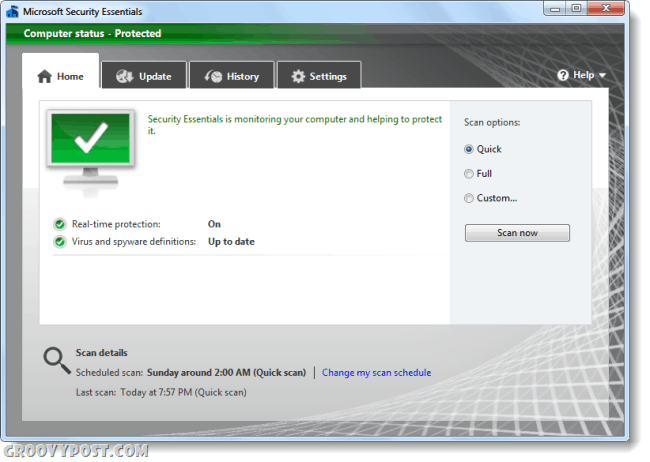 Based on testing done by AV-Comparatives.org using PC Mark Vantage, MSE has one of the highest performance scores when compared to competing antivirus software.  It’s memory footprint is small enough that you should never even notice it is running, unless of course you tell it to do a full system scan.  In past tests it’s proven to be extremely competent at handling malicious files and breaches.  I’ve had it installed for years and the only time I ever even see it is when it detects something malicious.

Open up MSE and Click the down arrow next to the Help button.  From the context menu Select About Security Essentials.  A pop-up window should appear with tons of version information, the one you want to look at is Security Essentials Version.  As of December 19, 2010 the latest version is 2.0.522.0.  If your computer states an older version, look for a Windows update in your system tray, or just download the new version from the links above. 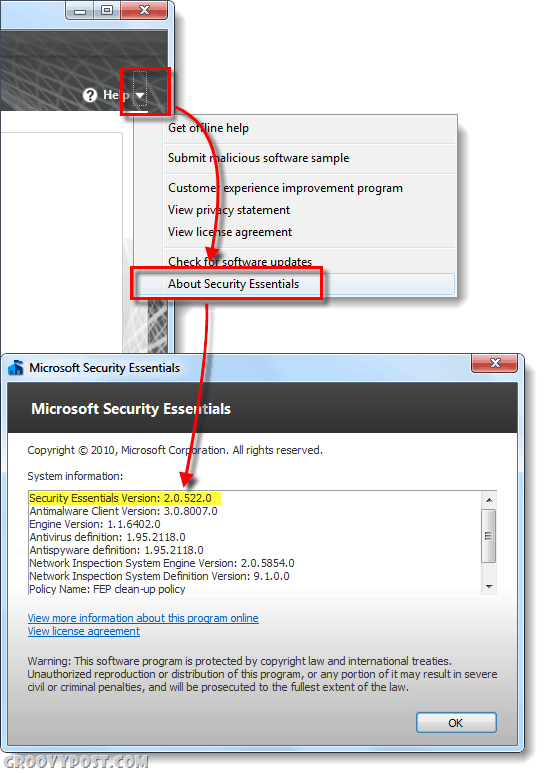 The new version of Microsoft Security Essentials is groovy, fast, and effective.  But best of all, if you own a legitimate copy of Windows the antivirus software is completely free.  On a side note, my typical friends & family tech support “dinners” always involve “speeding up” their computers.  The very first thing that I do involves uninstalling their pre-existing antivirus and loading on Microsoft Security Essentials.  Most computers come pre-packed with either Norton or McAfee, but those suites are really, really slow and they take the entire system down with them.  And yes, it’s true; K7, Kingsoft, Sophos, and Avast all run faster than MSE, but they can’t beat the price.