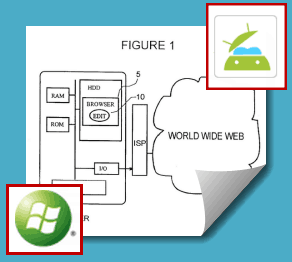 This week, Google posted a blog entitled When Patents Attack Android, discussing the patent war that Microsoft, Apple, et al. have been waging against Google. In a nutshell, these companies are buying up patents for “inventions” that go into competing technology. They then try to force companies like Google, Barnes & Noble, HTC and Samsung to pay licensing fees for the patents. For example, they just bought a boat load of patents which were previously held by Nortel, a Canadian company that pioneered a few key innovations in telecom but went bankrupt in 2009. Now, they are using these patents to bully people around.

Here’s an excerpt from the Google blog:

But Android’s success has yielded something else: a hostile, organized campaign against Android by Microsoft, Oracle, Apple and other companies, waged through bogus patents.

They’re doing this by banding together to acquire Novell’s old patents (the “CPTN” group including Microsoft and Apple) and Nortel’s old patents (the “Rockstar” group including Microsoft and Apple), to make sure Google didn’t get them; seeking $15 licensing fees for every Android device; attempting to make it more expensive for phone manufacturers to license Android (which we provide free of charge) than Windows Phone 7; and even suing Barnes & Noble, HTC, Motorola, and Samsung. Patents were meant to encourage innovation, but lately they are being used as a weapon to stop it.

A smartphone might involve as many as 250,000 (largely questionable) patent claims, and our competitors want to impose a “tax” for these dubious patents that makes Android devices more expensive for consumers. They want to make it harder for manufacturers to sell Android devices. Instead of competing by building new features or devices, they are fighting through litigation.

The net effect for you, the smartphone loving consumer, is two-fold: one, it quashes innovation and startups, since you have to have a well-heeled legal department to survive these patent suits and two, because companies are buying patents for $4.5 billion just so they can sue other companies, it’s upping the cost of technology to you. I added my own emphasis above—that’s $15 for every Android device. Not every Android model, but every single device they sell. They want to take $15 out of your pocket. And once you add in all the legal fees and other expensive consultant hours that go into this business, it ends up costing you a lot more than that.

If you really want to get a good feel for just how twisted, bizarre and sinister the patent game is, you really need to listen to the This American Life episode entitled When Patents Attack, which the title of the Google Blog post appears to be riffing off of. It takes a close look at how one of the biggest so-called “patent trolls’ is making money by threatening to sue tech startups, usually getting them to settle instead.

The kinds of things that people have patented are pretty outrageous—for example, in the episode, they talk about a patent that was bought off Chris Crawford that laid claim to the idea of automatically backing up data and updating software via the Internet. Based on this patent, the company that owns that patent—an alleged “shell company” owned by Intellectual Ventures—can demand licensing fees or sue any software developer that updates software automatically (read: EVERY piece of software) or backs up to the cloud (SugarSync, Box.net, Dropbox, Mozy, Windows Live Mesh, etc., etc.). But something tells me that these folks didn’t steal the idea from Chris Crawford (who?). 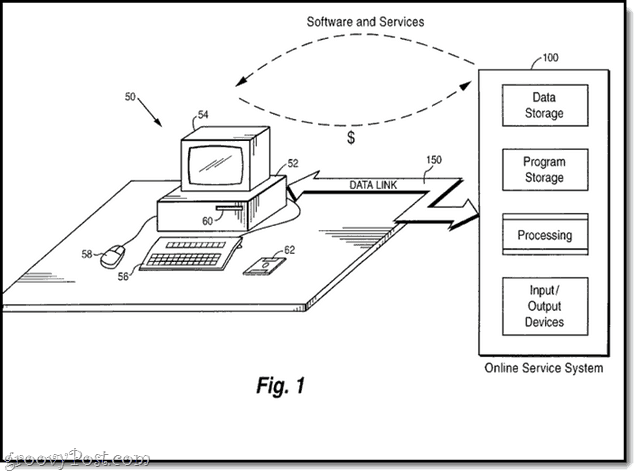 The really intriguing part of the story is when the reporters go to the fake offices of all these patent trolls in a little town in eastern Texas. There are all of these unoccupied offices for companies that exist only to sue for patent infringement. Meanwhile, all the activity is in the court house, where hundreds of patent lawyers extort money from tech companies everyday.

At groovyPost, we cover lots of innovative products, software and services. From our friends at Min.us to some of the independently developed Chrome extensions, scripts and apps we review, we see tons of potential in the ingenuity of companies that consist of just two or three guys who love coding but might not have millions of dollars to hire a fancy lawyer. Sadly, with the way the patent system operates today, we may be seeing fewer and fewer tech startups make it.

So, the next time you are wondering, “How come nobody makes a piece of software that does X?” or “When are they going to come out with a mobile app for Y?” then you can assign a large portion of the blame to patent trolls.

It sounds tin foil hat, but it’s really, really not. Give it a listen! This matters to you.