If you are putting together a list of names in Microsoft Word, usually people will want that list to be in alphabetical order.  Rather than doing the alphabet in your head, you can let Word do it for you.  The process is pretty simple, but if you aren’t an old Word-veteran then it’s likely that you haven’t used it before.  Let’s take a look.

The process is fairly similar no matter what version of Office you are using, but the screenshots below may vary as they were taken using Microsoft Word 2010.

This How-To assumes that you’ve already written your list in Microsoft Word. 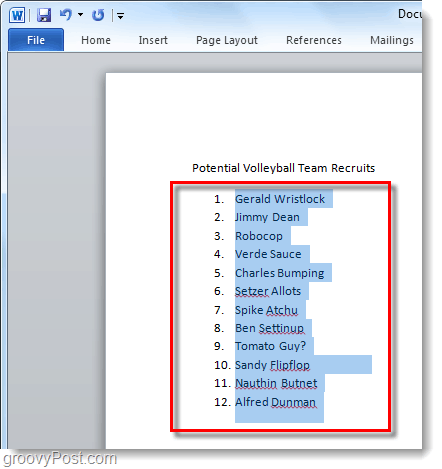 Under the Home ribbon and the Paragraph tab, Click the Sort button.  The sort button looks like the letters AZ with a down arrow next to them.

The Sort Text dialog should appear.  Under Sort by Select Paragraphs and under Type Select Text.  Then choose whether you want Ascending (A to Z) or Descending (Z to A) sorting.  Once finished Click OK. 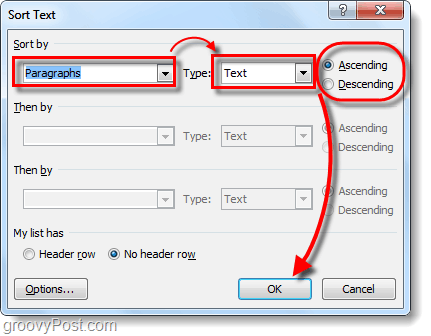 Now your list should be sorted alphabetically!  That sure was a lot easier than manually moving them around and typing them in order yourself. 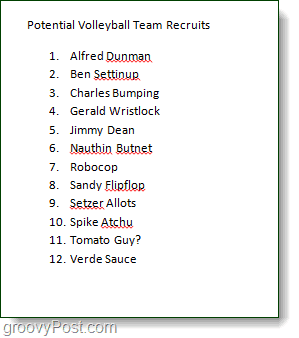