Microsoft quietly removed the ability to make your Windows 8 laptop a WiFi hotspot for mobile devices. You can still do it though, here’s how using Virtual Router Plus.

Recently we took a look at how to share your WiFi signal from your Windows 7 PC. In Windows 8 though, Microsoft has quietly removed this handy networking feature. To share your WiFi from a Windows 8 laptop, you’ll need a third-party utility. Here’s a look at using the free utility Virtual Router.

Simply put, you can connect your Windows 8 system to an ad hoc WiFi network, but the ability to create one is no longer available.

First download  Virtual Router Plus which is a free and Open Source utility. No installation is necessary, and you can run it from a USB flash drive. Type in a name for the hotspot, password, and select the connection you want to share. Then click Start Virtual Router Plus. 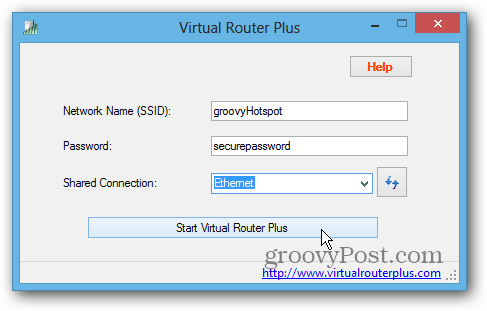 In a few seconds, you’ll see that Virtual Router has started up and is ready for wireless devices to connect to it. 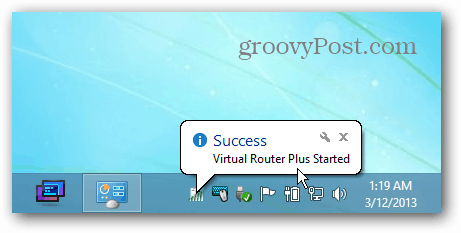 Here I’m connecting my Nexus 7 tablet to the shared hotspot that I just created. 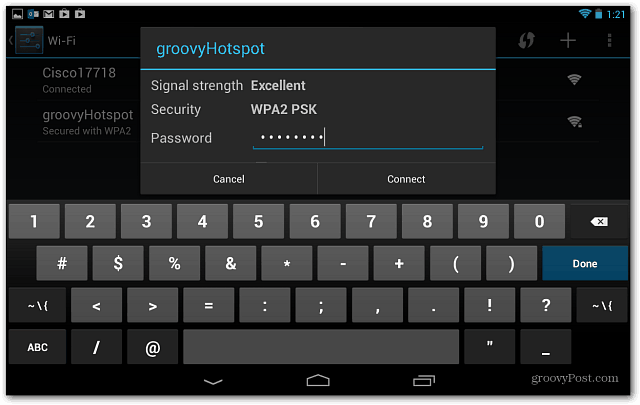 Now you’ll be able to browse the Internet on your mobile device using your Windows 8 laptop as the WiFi hotspot. 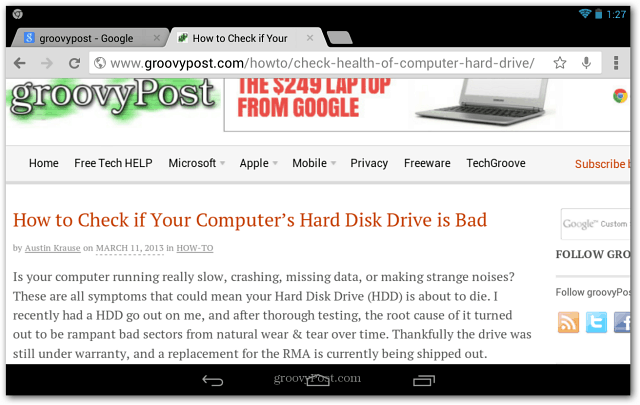 Virtual Router Plus works on Windows 7 too. I’ve found it easier to use than creating an ad hoc hotspot in Windows 7 with its built-in network tools. 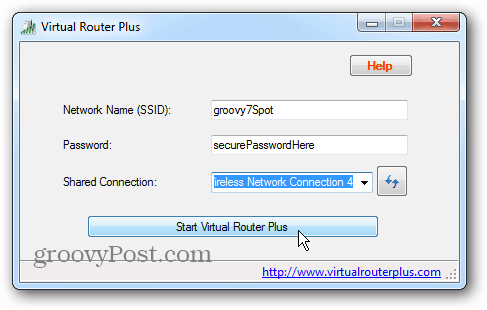 Update: Make sure you download the version of Virtual Router Plus from Codeplex. 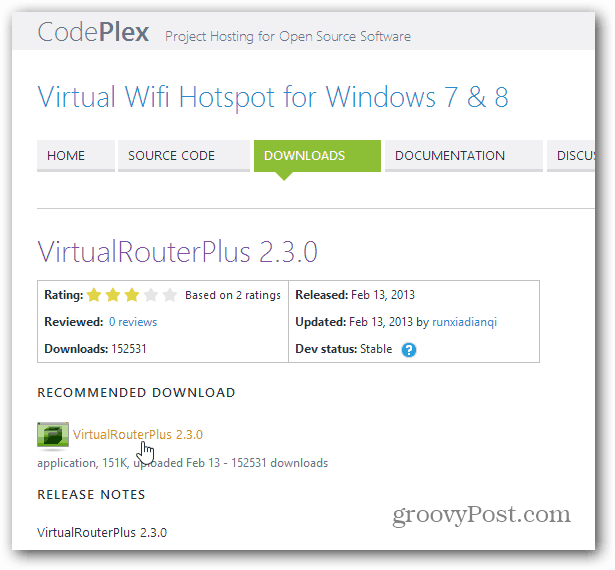 I mistakenly had the link to the Cnet version: Virtual Router Plus Star 3.0.9 <– this one tries to sneak in crazy amounts of crapware, and change your default search engine. You don’t want to deal with that. 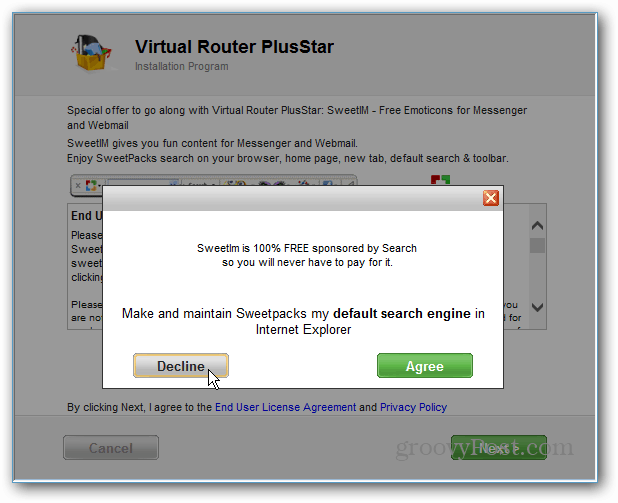