If you have a Kindle Fire, you probably would like to have the Google Play market on it. Previously I showed how to manually install the Play Market on a rooted Kindle. This time around you can use one utility to both root and install the market automatically.

If you have a Kindle Fire, you probably would like to have the Google Play market on it. Previously I showed how to manually install the Play Market on a rooted Kindle. This time around you can use one utility to both root and install the market automatically. 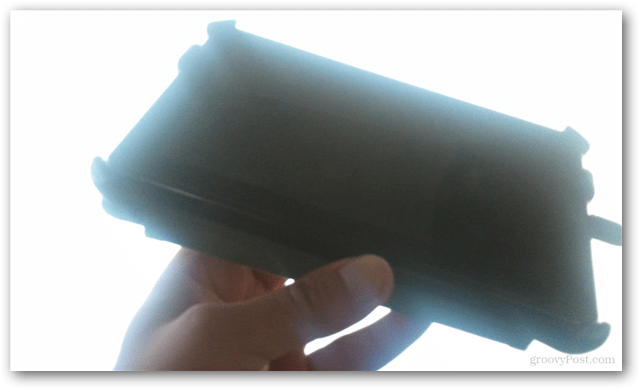 XDA user Vashypooh created a script that fills all of the basic Kindle Fire hacking needs and doesn’t require much tech know-how to use. It’s called the Kindle Fire Utility. If you are ready to root your Kindle and turn it into a real Android tablet, this the easiest way to do it.

Note: This entire tutorial is done on your computer, not on the Kindle Fire. 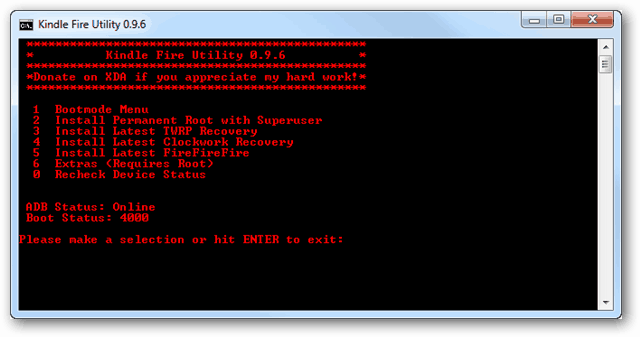 Visit the XDA-Developers thread for the Kindle Fire Utility, this is the best source to download the latest version from since it is the creator who is posting the updates. 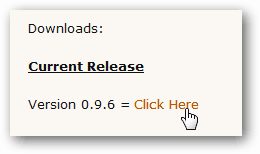 Once downloaded, extract the zip file to a folder of your choice. 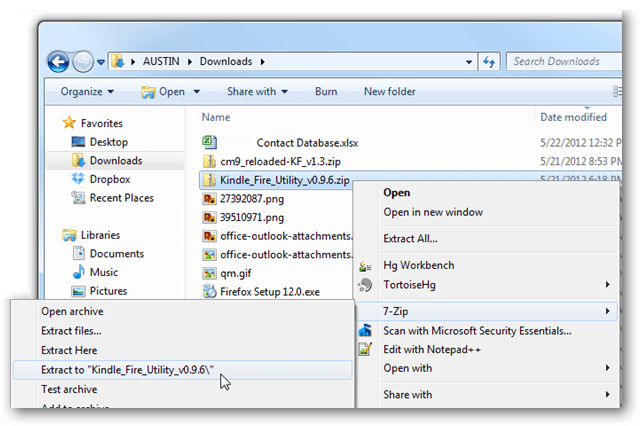 Within the extracted folder will be 2 script files (.bat) and a few other folders containing the files used by the scripts. What you do at this point depends on whether or not you’ve already set your Kindle Fire up to be used with USB Debugging on your computer yet.

The easiest way to check is to just open up run.bat first. 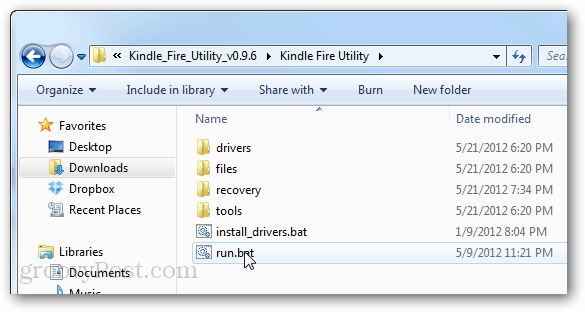 Plugin the Kindle to your computer via USB. Hey I just noticed that USB cord graphic looks kind of like an iPhone cord…

A command prompt opens with several options. The first thing to look at is near the bottom under ADB Status.

If you see the offline message, go back to the extracted folder and run the install_drivers.bat script. You shouldn’t need to worry about installing drivers if the ADB Status shows online, unless something is really messed up.

Before rooting, it’s a good idea to install TeamWin Recovery Project (TWRP) first. This is the best recovery tool for the Kindle Fire, and is useful for making backups, installing custom roms, or unbricking your tablet in the case of a crash.

To do this enter the number 3 on the Kindle Fire Utility menu and press Enter. The script will reboot your Kindle and then TWRP will be installed.

Also before rooting, let’s install FFF just to be sure that your Kindle Fire gets it. FFF significantly improves how the Kindle boots up and helps prevent errors/crashes.

Warning: Here it is. The point of no return. This next step will root your device.

Press the number 2 on your keyboard and press Enter.

The Kindle will now install root and Superuser. Just wait a few minutes for the script to work its magic.

If successful, the script will display a success message. Congratulations, your Kindle Fire is now rooted! 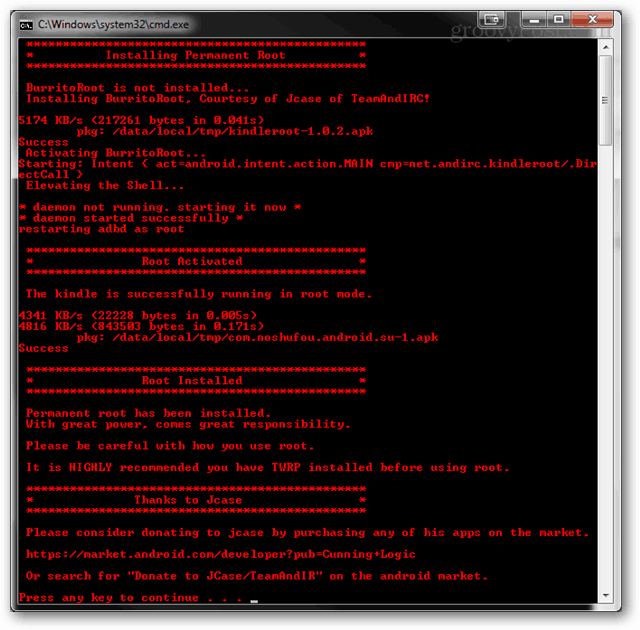 Now that your Kindle Fire is rooted, you can install the Google Play market just as easily. Go back to the Kindle Fire Utility and press 6 to go to the Extras menu.

From here select option 1 and press Enter. Now just wait for the script to install Google Play (and apps).

Note that this also installs Go Launcher EX. If you do not like Go Launcher EX you can switch to the default Kindle homescreen by downloading an app called Homeswitcher.

All done! You now have a rooted Kindle Fire with the Google Play market. Was that not easy?