Have you ever opened up Task Manager and seen the process Taskhost.exe running and wonder what it was?  Good news, Taskhost.exe isn’t a virus or malware, it’s just a process that runs silently in the background. Now granted, it can look suspicious being that it will at times run multiple instances of itself.  Despite this, taskhost.exe is one of the good guys, and it was put there by Microsoft as a core part of Windows.

Windows uses taskhost.exe as the host for all DLL-based services run.  The process is very similar to svchost.exe (which we talked about earlier) in that it’s a generic method used to load other entities.  Because of this, taskhost.exe may open multiple instances of itself to handle DLLs that may be unrelated to one another. 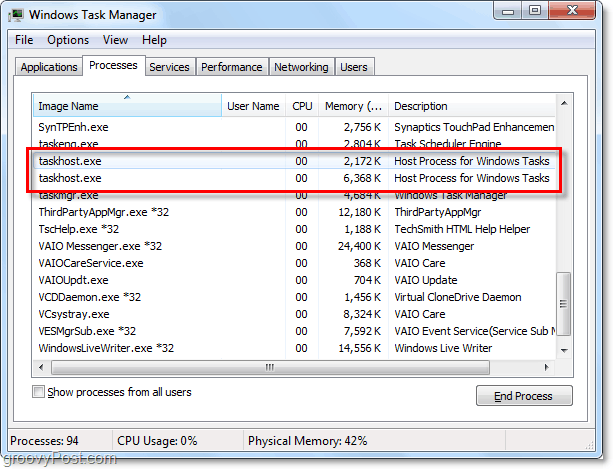 Does taskhost.exe have any risks?

The ability to load external DLLs gives taskhost.exe the danger of becoming corrupted or infected by bad DLLs.  Infection of this file is very rare, but more commonly a bad DLL will be loaded and cause excessive Memory and CPU usage.

You can view all of the DLLs currently loaded by taskhost.exe using the Process Explorer app noted in the svchost.exe article. 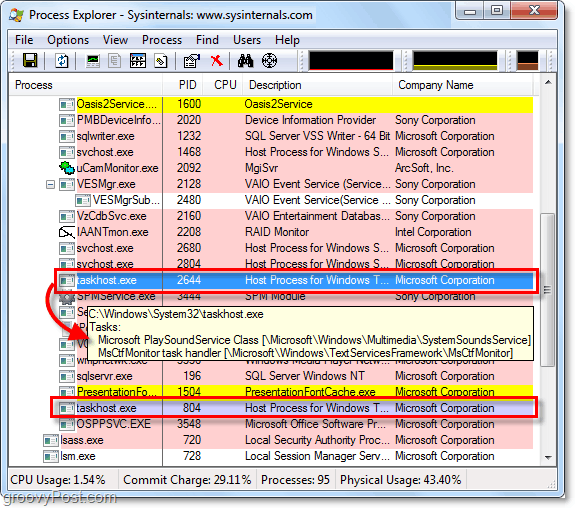 Alternatively, you can use the command prompt command tasklist /m and then scroll up and view all of the loaded .dll files. 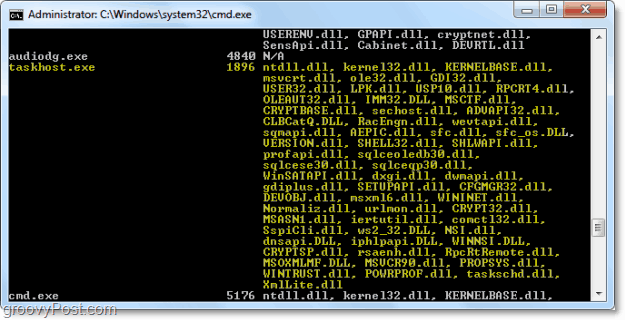 How do I fix taskhost.exe errors?

Most errors experienced with taskhost.exe are caused by corrupted DLL files or a fake malware masquerading around your system under the taskhost.exe name.  In either case, you’ll need to track down the bad DLL or malware and replace or remove it.  If you are experiencing taskhost.exe issues while running certain programs (video editing software, games, etc.), then it is likely that the corrupted DLL is related to one of your hardware drivers for either your Video or Sound device.

In early versions of Windows 7 and Windows Server 2008 taskhost.exe caused a delay during a shutdown.  Microsoft has since then patched the issue, and it shouldn’t be affecting anyone unless they have declined to install Windows Updates.  Just in case, the hotfix can be found here – kb975777.