Cryptocurrencies are all the rage at the moment but would you recognize a Bitcoin if it came up and hit you in the face? This article delves into the nitty-gritty of the currency and how to get started in it.

Ever since the dawn of time, man has used various means at his disposal to obtain the items he needed. At first, it was bartering, but then coins and notes came into being. The last big upheaval was the 2001 mass switch in the EU to the Euro, and various currencies were consigned to history as a result. Now we’re seeing another big upheaval with the cryptocurrency Bitcoin.

There are many different types of cryptocurrency, some legitimate and others not. Anyone with programming chops can make their own currency and hope people buy into it. This website can have ‘groovyCoin’, for example. But financial regulators are finally cracking down hard on scam artists, so the bar for entering the cryptocurrency market is getting higher. In this market, though, Bitcoin reigns supreme.

Bitcoin is the world’s biggest digital currency, taking a huge 50% of the digital currency market. There are other digital currencies, Ethereum, Litecoin, and Ripple, each with its own exchange rate. But among cryptocurrencies, Bitcoin has the advantage of near-universal name recognition and 16 billion Bitcoin on the online market. Nothing else can come close to beating that.

What unnerves people, though (including me), is that Bitcoin is not a physical currency. There are no notes and coins to hold, nothing tangible for you to see. It is simply numbered online, on an exchange rate, and in a digital wallet. You see pictures of Bitcoin “coins” (like the picture above), but these are just marketing gimmicks. There are no actual physical coins.

For many people, this is the big attraction of Bitcoin. It simplifies currency down to numbers on a screen and anonymity for those who want their transactions to be secret. However, with hackers raiding and stealing the contents of people’s Bitcoin wallets, it serves as a stark reminder that what is online and loosely regulated poses a huge risk.

People also like the fact that nobody has sole control over Bitcoin. Unlike physical currency, which is controlled and manipulated by governments and banks, Bitcoin is left to control itself through a Peer-To-Peer System. This can lead to problems though if the system is not properly regulated by a supervisory body. 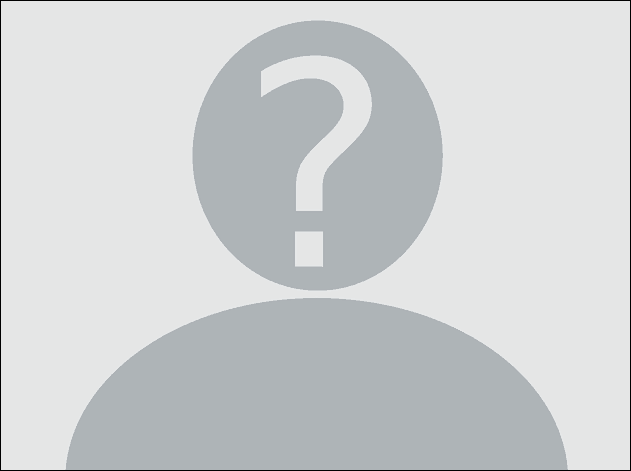 One of the big mysteries is who actually invented Bitcoin. The general consensus is that the inventor’s name is Satoshi Nakamoto. The problem is that nobody knows this person, so it is not known whether or not the name is a pseudonym or a real name. The person himself has claimed online to be Japanese and in his 40s. However, this has been met with a lot of skepticism.

Many people have claimed to be Nakamoto, but all of their claims have been doubted. However, it has been rumored that the National Security Agency discovered who Nakamoto is by analyzing his writing patterns.

What Is A Peer-To-Peer System? 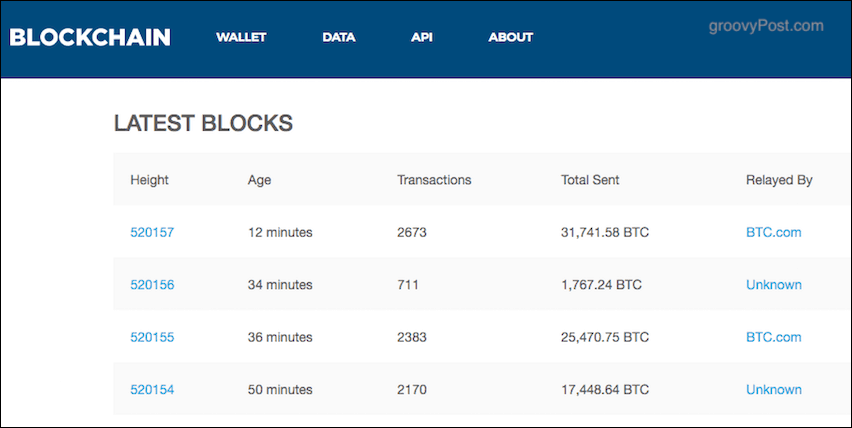 Since cryptocurrency is not controlled and manipulated by banks, how is it organized? Put simply, it works along with the principle of what is called a Peer-To-Peer (p2p) system. This means the currency is “decentralized” with no central server and is passed from one user to another.

Bitcoin transactions are recorded in a public ledger called the “blockchain“. The information in the blockchain is permanently and publicly viewable on a website called Blockchain.info and cannot be edited or deleted. This, therefore, acts as proof of a Bitcoin transaction. So there is some public transparency.

But Does This Mean It Is Not Really Anonymous?

Let’s examine two ways how you would be invisible and anonymous.

You may look at that and think to yourself, there is no way anyone is going to know it’s you buying those drugs on the Dark Net. However, tracing things to people comes down to the same tried and true method – rhythms and routines.

So say you bought those drugs, and the police were alerted by the post office. If the drugs were found in your possession and the transaction could be tied to the Bitcoin wallet 1AhN6rPdrMuKBGFDKR1k9A8SCLYaNgXhty then all other transactions for that wallet are suddenly exposed as yours too. It only takes one crack in the dam to breach the whole thing.

It’s the same theory as the National Security Agency using metadata to find out who is phoning whom. The contents of the phone calls may be unknown, but if they know the times of calls, the numbers themselves, and the call duration, they can make some educated connections.

You can mitigate the risk by using multiple wallets for different transactions.

Buying and selling Bitcoin is done through the use of a “wallet”. It enables you to pay someone, as well as receive money from someone, in much the same way as you would with an ordinary bank transfer. The Bitcoin can then be transferred to a regular bank account, being converted under today’s exchange rate. But obviously, your anonymity is shot to pieces once you do that.

There are so many options for wallets, but here are what I consider to be the best two, in my opinion.

The two best choices for desktop wallets are Electrum and Armory. 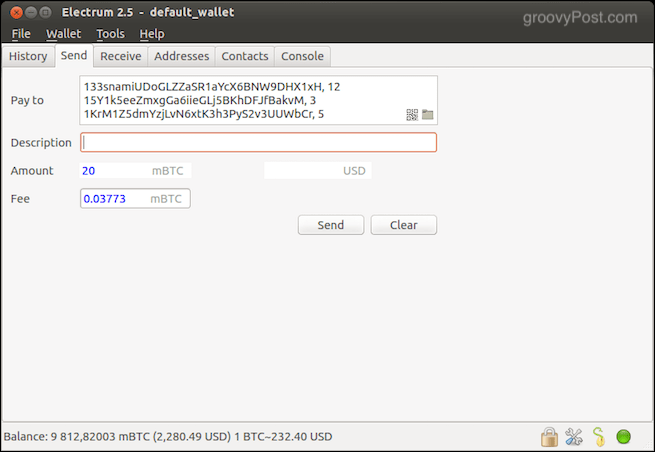 Electrum is a great wallet. It is free open-source software, and anyone can run a “decentralized” Electrum server. All accounts are protected by an offline computer holding the sensitive data (so it can’t be hacked). You can also protect your account with two-factor authentication and an encrypted passphrase.

You can also import and export your keys, so you are not locked into using only Electrum. You can use other Bitcoin wallets as well.

Armory is a bit more technical with more encryption features. But you should seriously consider using this one if security is something you are really concerned about (and you should be).

Armory is free and open-source, which means its code is freely available for inspection (unlike proprietary software like Windows and macOS, which are closed for code review). This allows people to see how secure the code really is and will perhaps give you a degree of confidence if you are just starting out in the cryptocurrency market.

You can manage multiple wallets and something called “Cold Storage.” This is when all private encryption key data is stored on an offline computer, making it impossible for someone to hack in and steal account data, which would be catastrophic for you.

If desktop wallets are not your thing and you would prefer something a bit more mobile, look no further than these two. 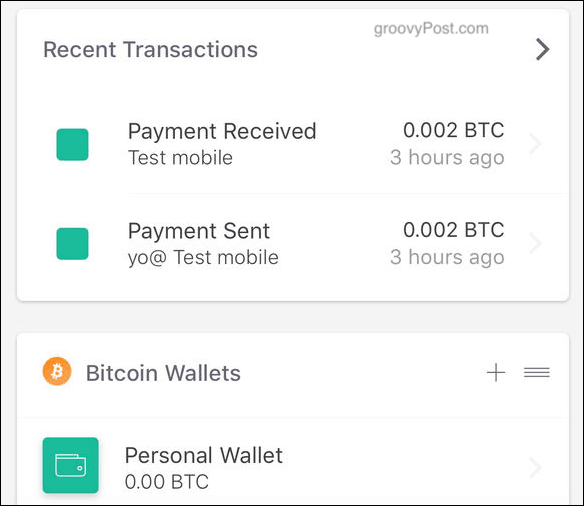 The best part of CoPay is that the account is held by a group of people (yourself and friends, for example). To make any transaction requires the permission of every account holder. That’s a really neat feature. So you can use it for an organization or club bank account and know that no one person has the power to empty out the account.

CoPay is available for multiple platforms, including Google Chrome and Windows Phone. (Wow, somebody informs Redmond that they have a Windows Phone user.) 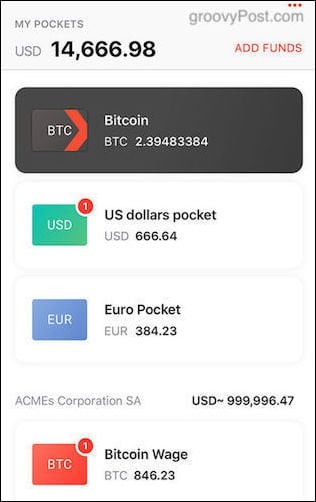 The Xapo app comes with its own debit card, so you can withdraw your balance from ATM machines. Easy access to your money would be the natural first step if cryptocurrencies were to become mainstream. You have to pay for the debit card (via your Bitcoin balance, naturally), but the card is not actually needed if you don’t want one. You can just use the app on its own.

Xapo heavily touts its security vault for storing Bitcoin balances for its customers. The vault is apparently in a decommissioned Swiss military bunker (if that floats your boat).

Xapo has some big endorsements, such as the Wall Street Journal. One of their advisors is Larry Summers, who was President Clinton’s Treasury Secretary.

Now that we have looked at various options for Bitcoin wallets, it’s now time to get some Bitcoin in them. The two largest and most respected exchanges online are Coinbase and Binance. Coinbase operates as both a digital currency exchange as well as an online wallet if you prefer to keep your coins with the exchange (vs. offline in a private wallet). You can also buy Bitcoin in some offline places, Bitcoin ATM machines, for example. Japan is a good place for these (surprise, surprise). 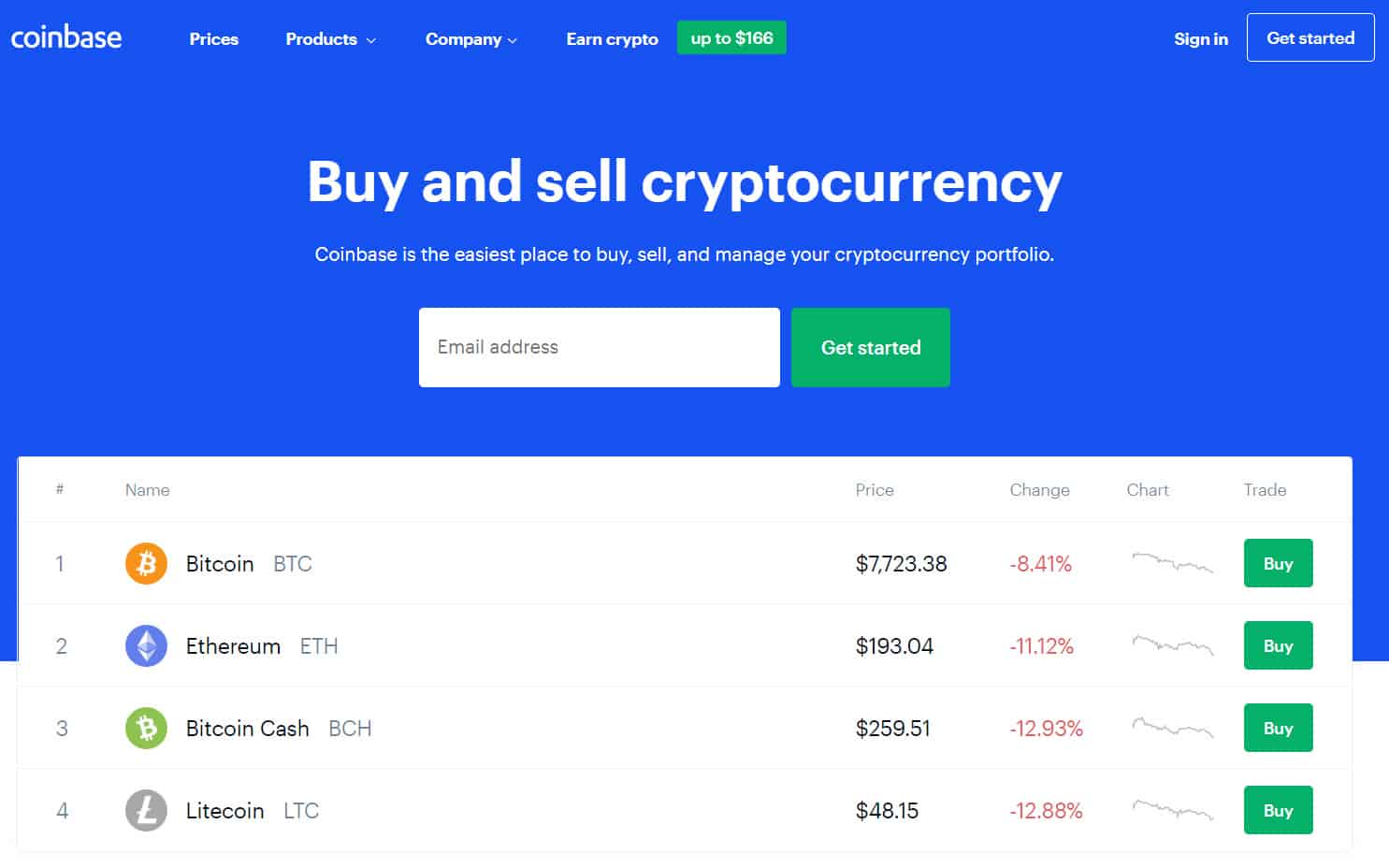 The exchange rate for buying Bitcoin is expensive, which is probably what will put many people off trying the currency. For example, this is the exchange rate today (April 27th, 2018) if you want to convert one Bitcoin into US dollars. (or vice-versa).

Yes, you read that right. One Bitcoin is $9,240! To show you how crazy the exchange rate is, this time last year, it was $2,700 for one Bitcoin. And people thought THAT was insane.

If you don’t have $9,240 to buy one coin (and I wouldn’t blame you if you didn’t), you can also get fractions of a Bitcoin, in the same way, a physical currency is made up of 100 cents, pence, whatever. So you can buy half a Bitcoin or a quarter of Bitcoin.

If you go to the Bitcoin page on Coinbase, you can easily see the real-time price of a single Bitcoin vs. USD. So if you were to pay one dollar, you would end up with a Bitcoin balance of 0.0001078. This doesn’t take into account any fees the wallet service may charge, though.

The exchange rate has fluctuated wildly throughout the years, and unlike the stock market, it’s never closed. Trading happens 24 x 7 x 365. Media reports have said that if you had bought $1,000 worth of Bitcoin back in 2010, it would be worth $35 million today. It could be worth nothing tomorrow, just like playing the stock market.

Now you have Bitcoin in your wallet, what can you use them for? Obviously, you can’t just walk into any shop, online or offline, and ask to pay with Bitcoin. It all depends on who is willing to accept it. 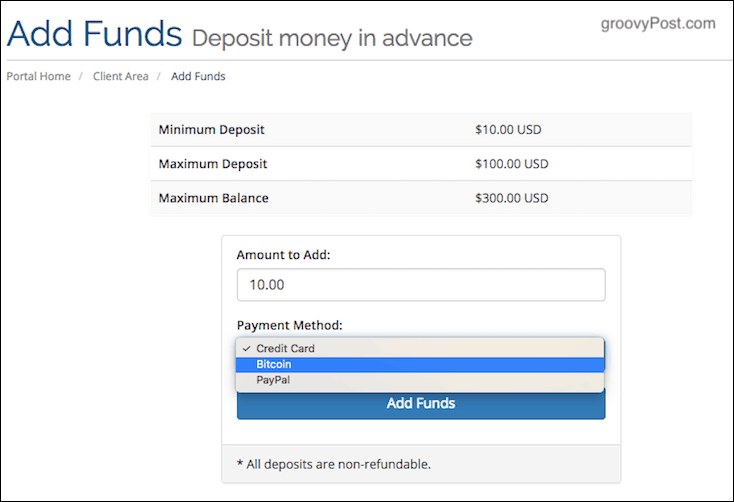 For example, my domain hosting company now accepts Bitcoin as payment. These two Bitcoin forum threads – here and here – also highlight some of the growing legal uses of the currency, including companies that accept it. From online gaming to coffee to Reddit subscriptions. So it isn’t just for paying for hitmen on the Dark Web.

Despite the probable wish by governments that it would disappear, digital currency, despite its many faults, is here to stay. But it must overcome its teething problems first and give potential users a reason to take a chance.

It needs better regulation, better security, a more stable exchange rate (I mean seriously, $9,240!), and, more importantly, more businesses willing to trust it and accept it as payment.