The new Edge has a Collections feature that’s currently in beta but you can add it to the stable build following these instructions.

The Collections feature in Microsoft Edge allows you to save articles and other web content to read later. It’s similar to saving tabs from the legacy Edge. It’s also similar to third-party services like Pocket.

Update: Collections is Now a Feature of the Stable Version of Microsoft Edge

You shouldn’t have to go through the steps below to set up the Collections feature anymore. It is now available in the stable release (version 91 at the time of this writing). Launch Edge, and you should see a “Collections” button on the upper-right corner of the toolbar. Click it. 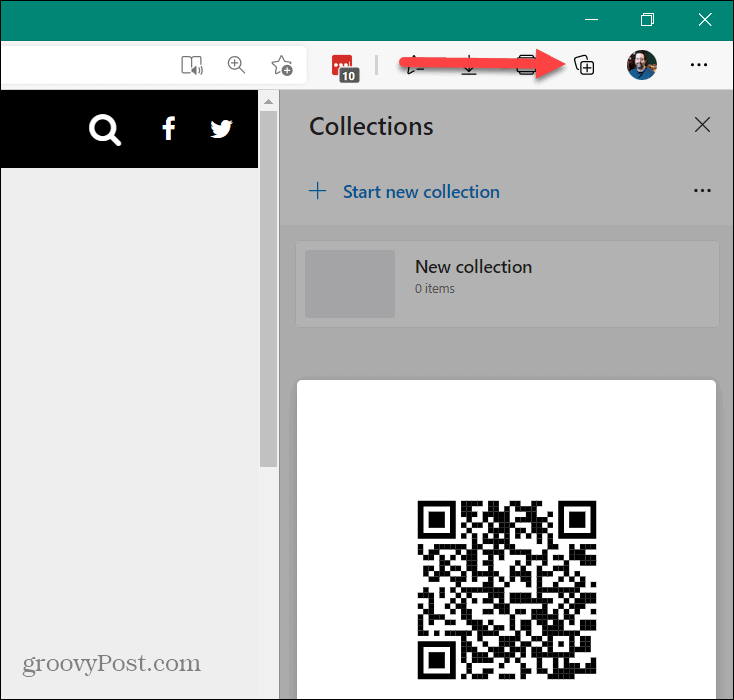 The first time you launch it, you’ll see a QR code to scan for mobile syncing. You can then start using the Collections feature. For more on that, please read our article on how to use Collections in Microsoft Edge.

But if not, you can hit the Windows key, find Microsoft Edge listed under your apps and drag it to the desktop. 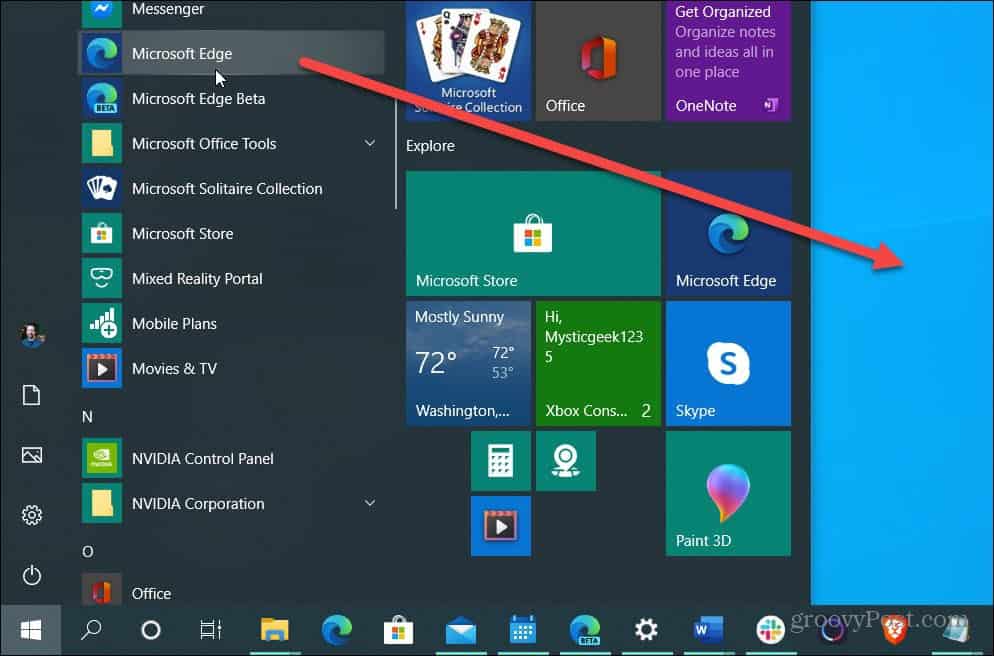 Now that you’ve established a desktop shortcut, it’s time to add the line of code that will enable it. Right-click the shortcut you made and choose Properties > Shortcut.

Then enter the following right after the “msede.exe” entry in the Target field and click OK. To be clear, you need one space between “msede.exe” and the code. 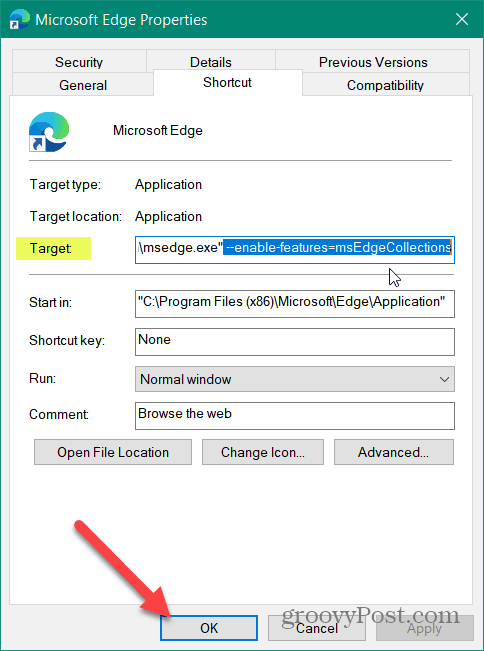 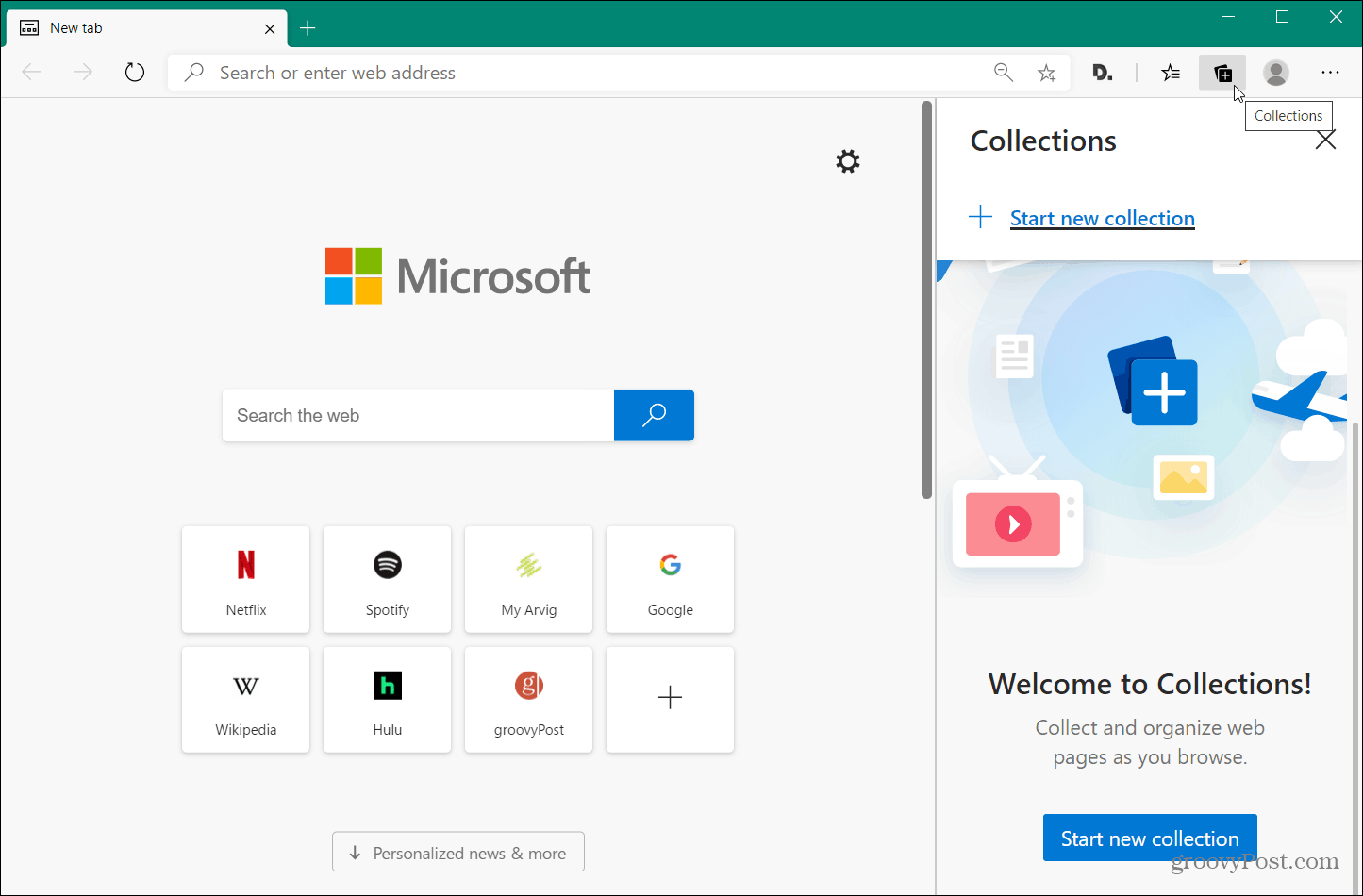 After you have it enabled, check out how to use Collections in Microsoft Edge.

Remember that the new Microsoft Edge is built with Chromium and is truly cross-platform. It’s available for Windows 7,8,10. macOS, Android, and iOS. A Linux version of the browser is also on deck and should roll out later this year.

If you don’t have it yet, check out our article on how to install Microsoft Edge. After you have it installed, one of the first things you’ll want to do is add your favorite Google Chrome extensions.