Pocket (formerly known as Read It Later) was recently updated on Android. It will read saved articles to you using its text-to-speech feature.

Pocket (formerly known as Read It Later) for Android was recently updated. Among the many improvements, the new version now has a Listen feature, which lets the app “read” an article using Google’s Text-to-Speech (TTS) functionality.

After updating or installing Pocket, you’ll see a Listen (TTS) option has been added when you tap the menu button. Select it and choose Google Text-to-Speech on the pop-up box, and enjoy listening to your saved articles. 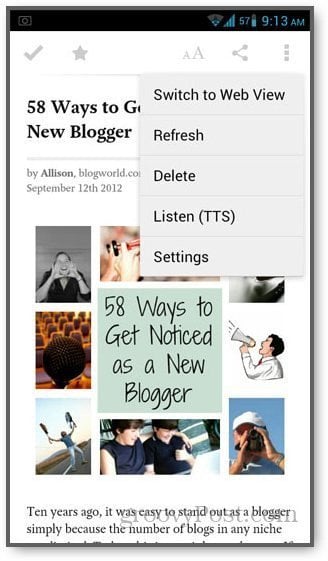 You can change the language from the dialog box that pops up when the app begins to read the text. The default is English, and you can change to French, German, Italian and Spanish. To download other languages, tap on More languages/Voices. 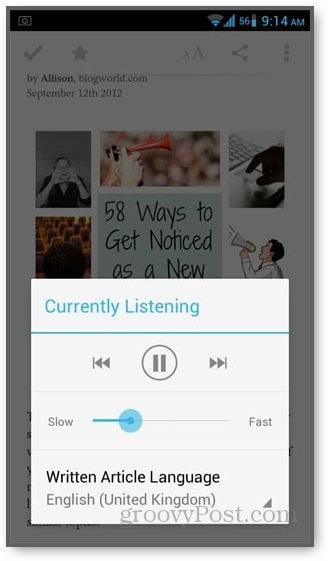 Speech quality and accuracy is pretty good, and you can control the speed that the text is being read by dragging the line across from Slow to Fast. I was able to listen to a medium-length article and understand everything. I still have to get used to hearing a few unnatural phrasing of the speaking voice though.

Text-to-speech is a built-in Android feature so it will work even without an internet connection. Your TTS settings are usually found in Language & Accessibility in Settings.