Windows Media Player is a classic app that is still included in Windows 10. But if you want, you can remove it. Here’s how.

You might not know it, but Windows Media Player is still included in Windows 10. It’s obviously a legacy application like Internet Explorer 11 – which is still part of Windows 10 – but being retired next year. But you might want to use the modern music app Groove Music or something else instead, like VLC, for example. If so, here’s a look at how to either disable or completely uninstall Windows Media Player (WMP) from Windows 10.

You can still find Windows Media Player by hitting the Windows key and typing: media player. It should show up as a result at the top. 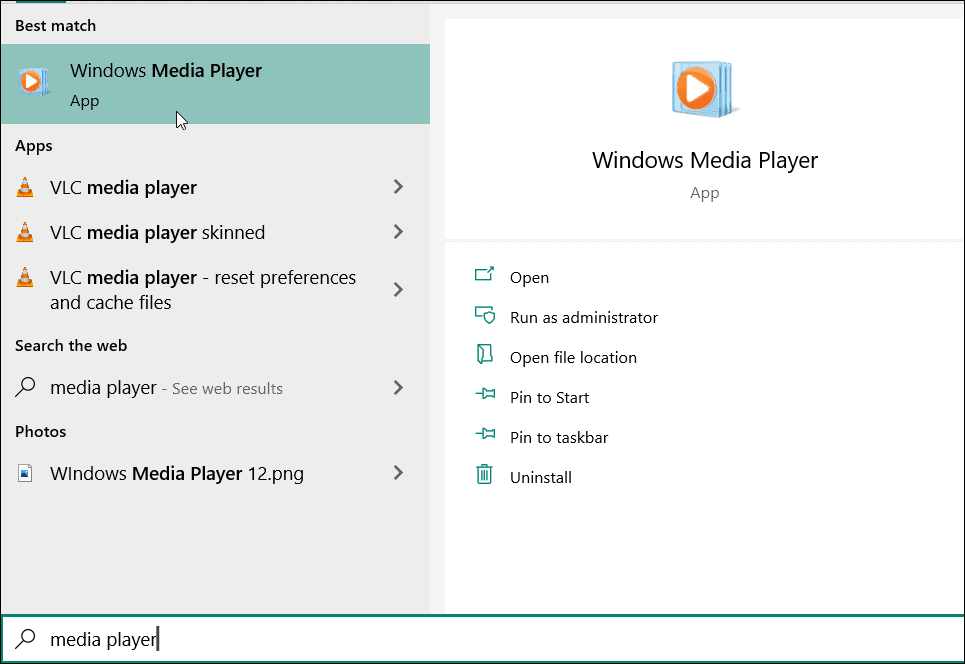 First, let’s take a look at disabling Media Player since it’s easy to do. And after disabling it, you won’t realize Media Player is installed on your Windows 10 system.

To get started, hit the Windows Key on your keyboard and type: appwiz.cpl. Then click the app result from the top. 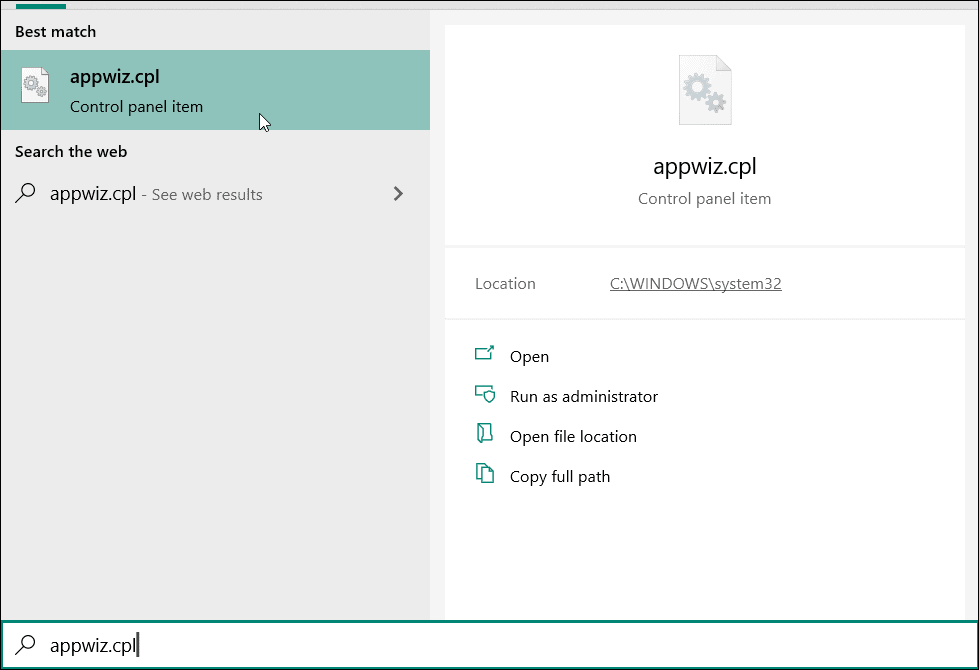 Next, click the “Turn Windows features on or off” link when the classic Control Panel launches. 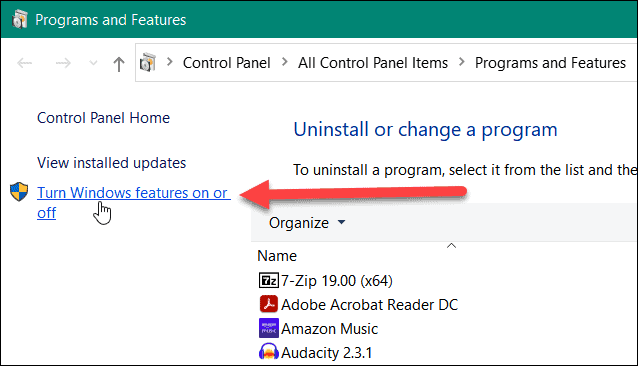 In the following window, scroll down and uncheck the Media Features box. That will also uncheck the “Windows Media Player” box and click OK. 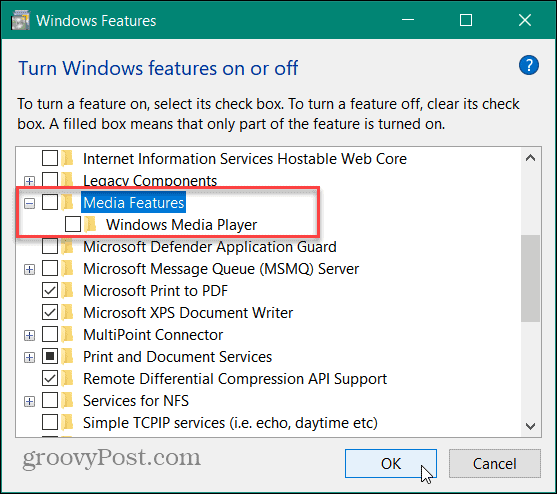 You will need to restart your PC to complete the process, and Windows Media Player is now disabled from your Windows 10 PC. 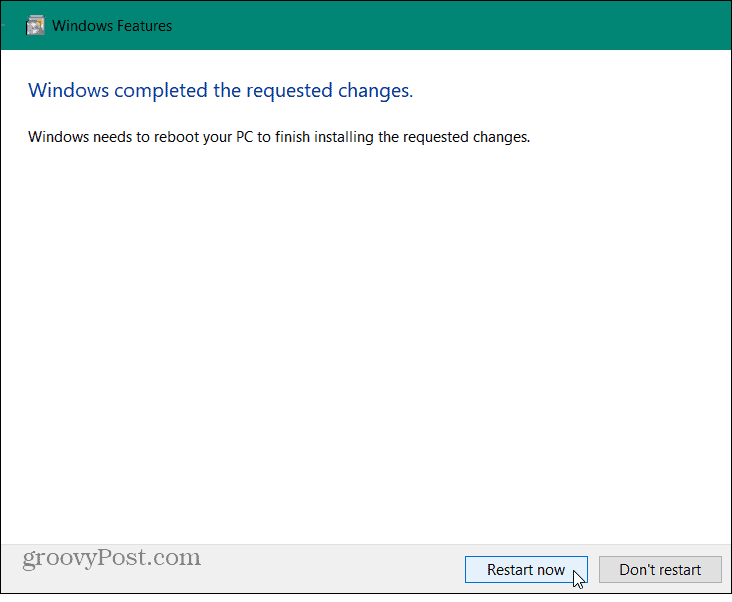 To uninstall Windows Media Player from Windows 10, open Start > Settings > Apps > Apps and Features. Then, click on the “Optional Features” link under the “Apps & Features” section on the right-hand side. 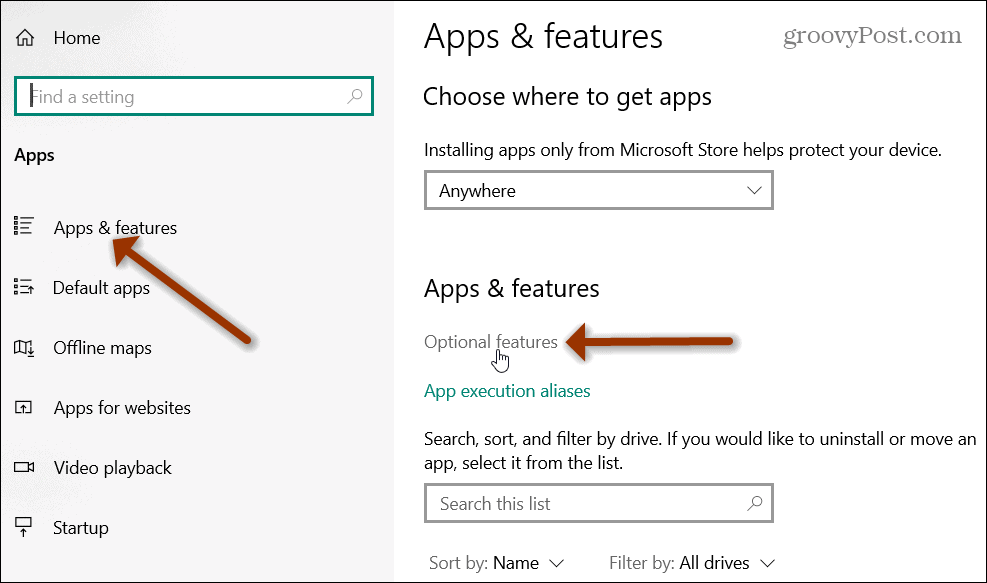 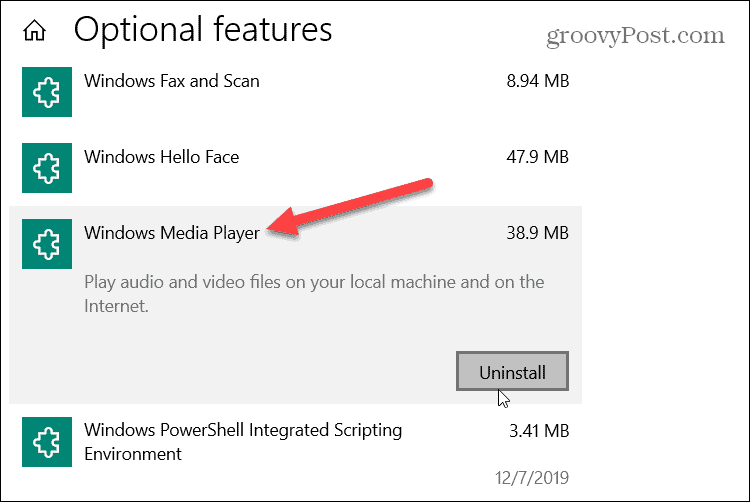 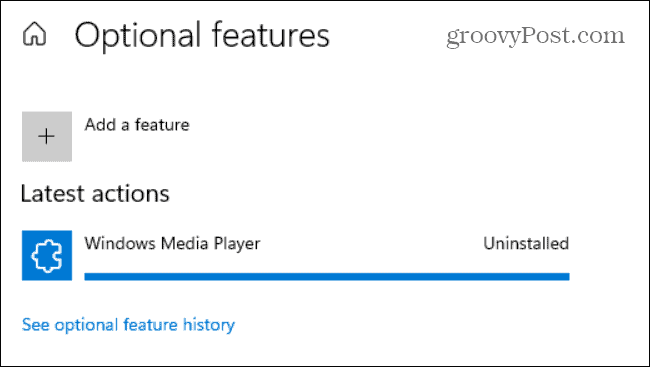 If you want to reinstall WMP for any reason, you can. Go to Start > Settings > Apps > Apps and Features. Then, click on the “Optional Features” link under the “Apps & Features” section on the right-hand side. 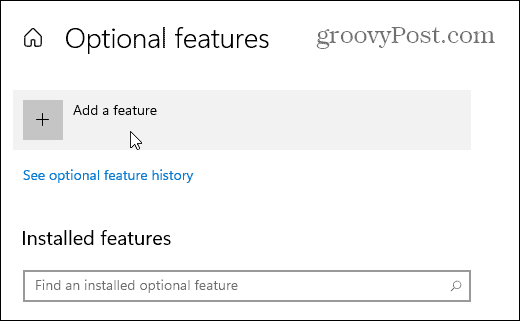 Then in the field at the top, start typing: windows media player. When the option comes up, check the “Windows Media Player” box and then click the Install button at the bottom. 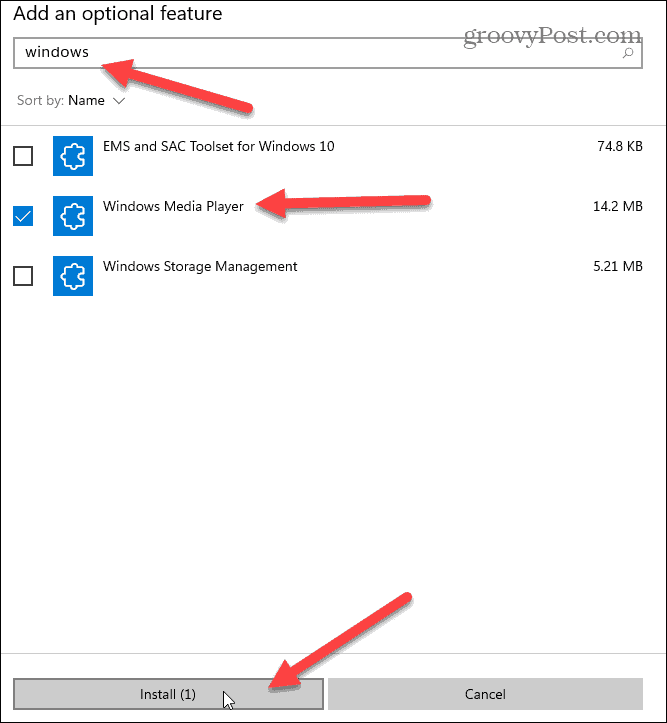 Wait a few moments while it installs. When it’s complete, you’ll see that it has been installed at the top of the window, and you’re good to go. Closeout of Settings, and you can start using WMP again. 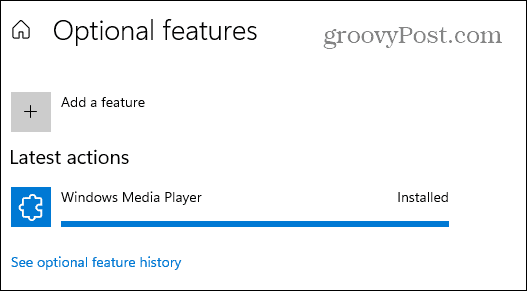 And if you are still a fan of the old-school app and want to use it on Windows 10, here’s how to find it and set it as the default media player. Keep in mind that on Windows 10, WMP includes Flac and MKV support.