Microsoft introduced Jump Lists in Windows 7 and it’s are a nice feature to improve your workflow. But at times, you might want to clear out the items.

Microsoft first introduced the Jump Lists feature with Windows 7. Depending on the app pinned to the taskbar, its Jump Lists includes a history of all of your recent files, folders, websites, and other items.

Jump Lists are a nice feature to improve your workflow and productivity, but you might sometimes want to remove all of the items. 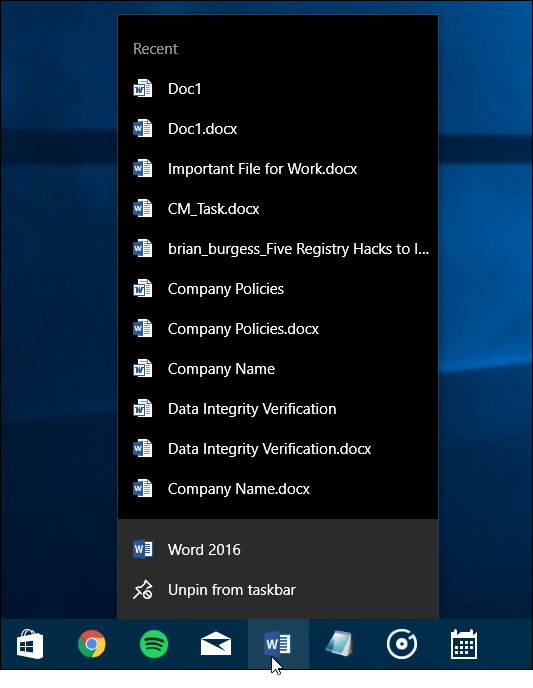 Removing the items in Jump Lists is straightforward. Right-click the desktop and select Personalize from the context menu. 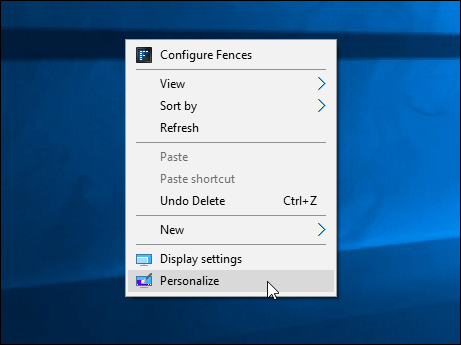 Next, select Start, and on the right side, scroll down and turn off Show recently opened items in Jump Lists on Start or the taskbar. 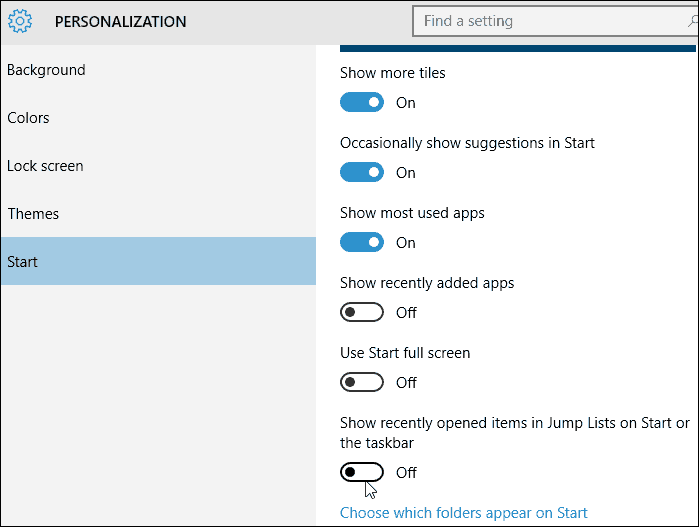 That’s all there is to it. Your Jump List history will be cleared out. If you want to start over, turn the switch back on. It’s also worth noting that any pinned items will not be removed. 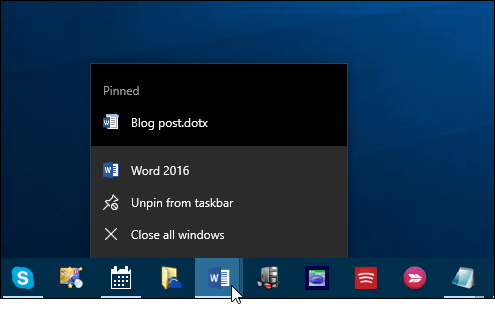 One thing currently missing is the ability to manage items in lists like in Windows 7 and 8.1. Hopefully, that option will be added to the Anniversary Edition of Windows 10, the next major update, and is expected to be released this July.

If you’re not running Windows 10 yet, check out our article about how to remove Jump List history in Windows 7 or 8.1.