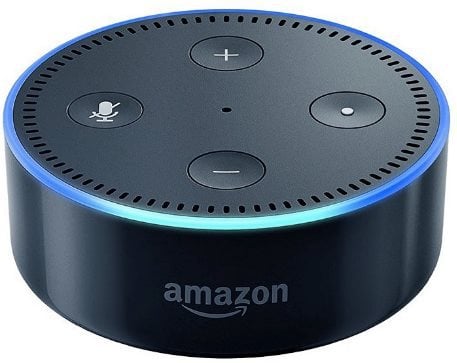 If you own an Amazon Echo device, with Amazon’s virtual assistant, Alexa, you might not be a fan of the default wake word. Here’s how to change it.

If you own an Amazon Echo device with Amazon’s virtual assistant, Alexa, you might not be a fan of the default wake word. Especially if you have it within hearing distance of a TV, radio, or someone who just wants to cause mischief. It can be annoying when it wakes up when not called upon.

I moved my Echo into another room far away from a TV because it would be falsely triggered when someone said ‘Alexa’. In fact, sometimes it would wake and start telling me news or start playing a random song. Luckily something wasn’t purchased, too.

Note: Changing the wake word is another step you can take to help keep your Echo secure. For more on that, check out our article on how to prevent accidental voice purchases by Alexa.

If you’re having similar issues, here’s a look at how to change the Amazon Echo wake word: 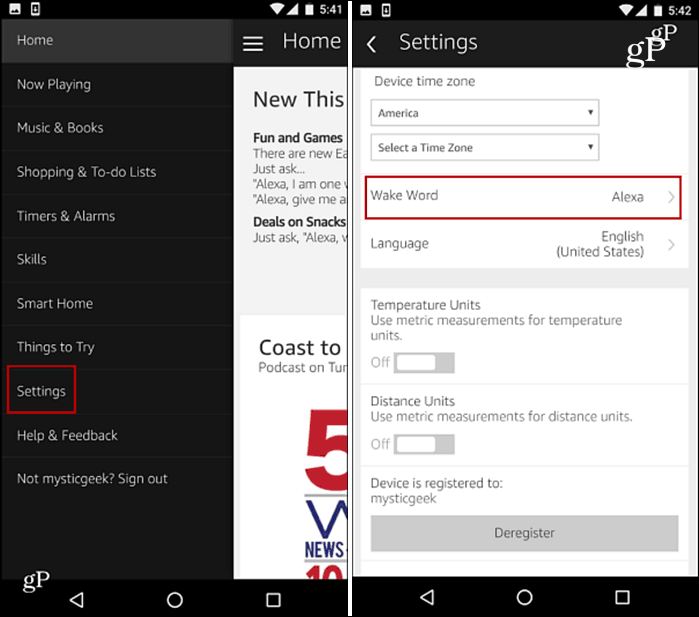 By default, you only have three names to choose from; “Alexa”, “Echo”, or “Amazon”. 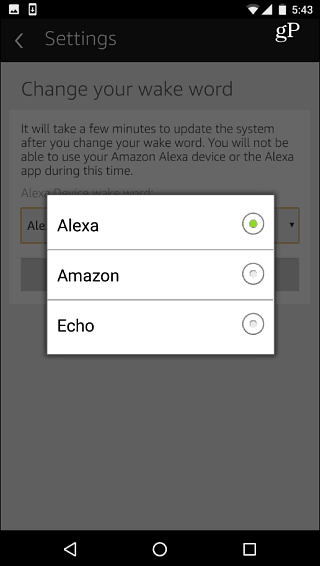 It’s also worth mentioning that a Reddit user posted that their Echo Dot got a fourth option, “Computer” after a recent firmware update. If you’re a Star Trek fan you’ll appreciate that one.

Keep in mind it will take a few minutes to update Alexa on your device and during that time you won’t be able to use it. 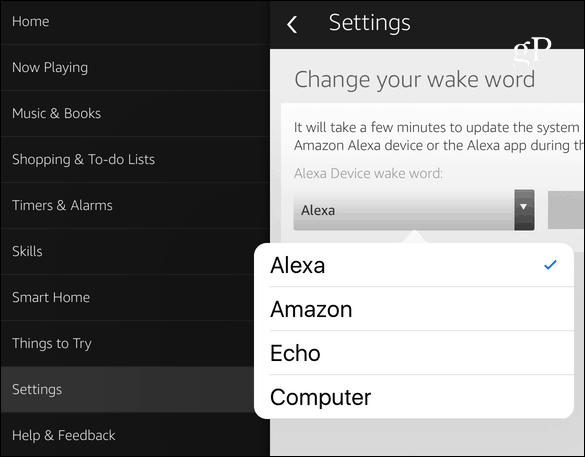 Have you had issues with Alexa launching at odd times and would you like to enter in your own custom name? Leave a comment and let us know.