Now that Game of Thrones and the popular Silicon Valley shows are done, you might want to cancel your HBO Now subscription. Here’s how.

Now that Game of Thrones and the popular Silicon Valley shows are done, you might want to cancel your HBO Now subscription.

When HBO Now was first announced as a service, we showed you how to get your free 30 days trial (which you can still get by the way). At the time it was exclusive to Apple for the first 90 days, so you had to subscribe via iTunes.

In that article, we showed you how to start your free trial and here we’ll take a look at canceling it via your iOS device.

Go to Settings > iTunes & App Store and tap your Apple ID. After that tap View Apple ID and sign in if prompted. 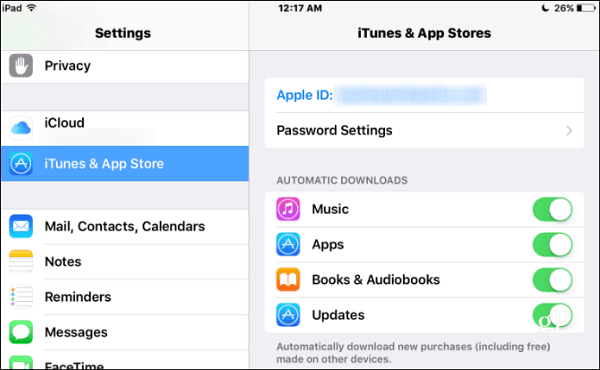 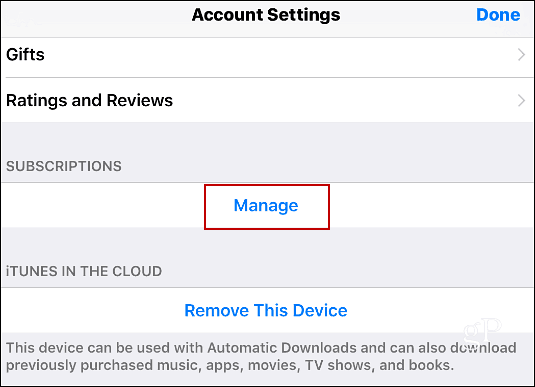 There you’ll see a list of your subscriptions. Tap on HBO Now and just turn off the automatic renewal switch. 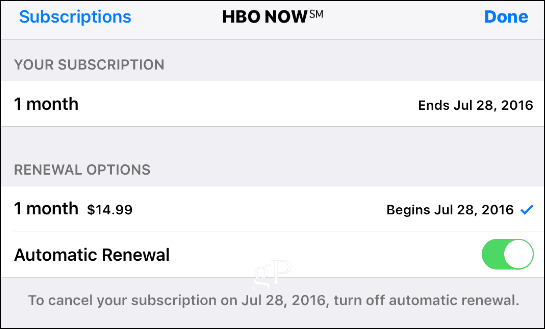 The cool thing is the subscription will continue to work until the month is up and not the moment you turn it off. 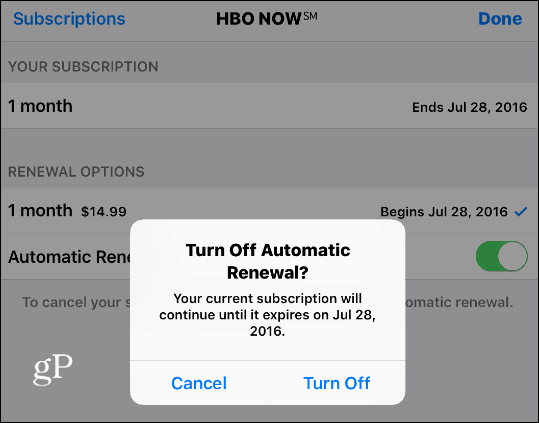 Now, remember, you can turn it back on when you’re ready for the next season of Game of Thrones or whatever your favorite show is.

Of course, now HBO Now is available on virtually all streaming devices now like Xbox One, Roku, and Amazon Fire TV.

How about you. Do you subscribe to HBO Now just long enough to watch Game of Thrones and then cancel? Let us know in the comment section below.