If you take screenshots in Windows 10 using the standard keyboard commands, you can set them to automatically save to OneDrive. Here’s how.

OneDrive, despite the recent controversy, is built into Windows 10 and is still an excellent way to back up your documents, photos, and other files. If you take screenshots in Windows 10 using the standard keyboard commands, you can set them to save automatically to OneDrive.

AutoSave Screenshots to OneDrive on Windows 10

To set up your screenshots to automatically save to OneDrive, right-click the OneDrive icon on the taskbar and select Settings. 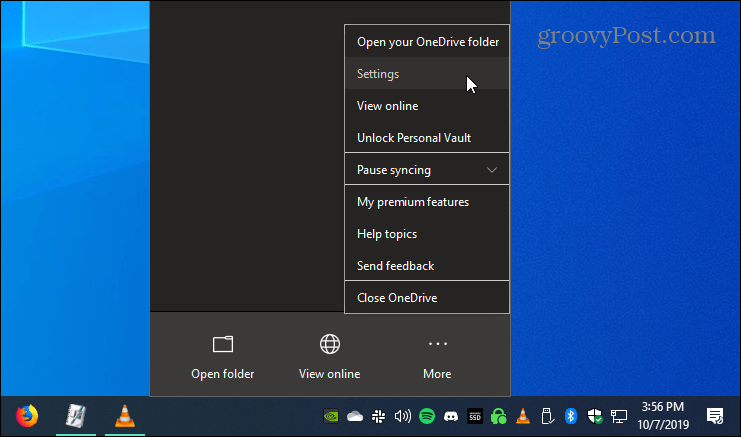 Then select the Backup tab and under the “Screenshots” section, check the “Automatically save screenshots I capture to OneDrive” box and click OK. 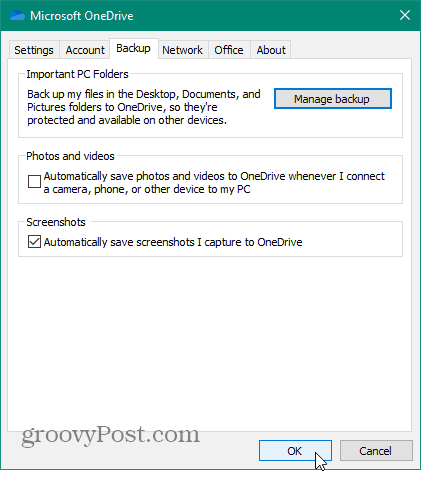 There are many different ways to take screenshots in Windows natively without having a third-party program using the correct keyboard shortcut.

Just to hit the Print Screen (PrtScn) key to take a full shot of the desktop. Or, if you want to take a shot of the current windows you’re in, use Alt+PrtScn. Note that both of these commands work for all versions of Windows and aren’t exclusive to Windows 10.

Once you take a screenshot, you’ll get a notification that the shot was added to your OneDrive folder.

When you want to access your screenshots from OneDrive, you’ll find them in the Pictures > Screenshots folder and labeled with the date they were taken. If you want access to that folder from your local OneDrive folder, read: How to Select Which OneDrive Folders Sync in Windows 10. 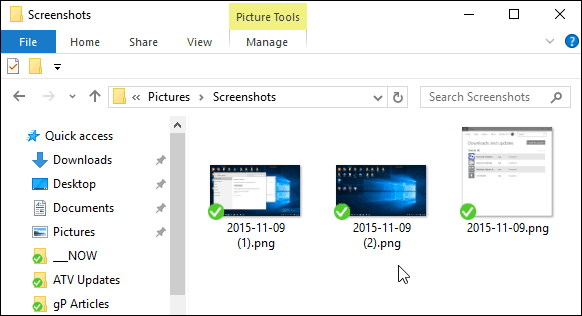