Microsoft’s digital assistant, Cortana, was rolled out to Android and iPhone recently. We decided to try it out and compare it to using it on Windows 10.

Microsoft officially released its digital assistant Cortana for iOS and Android recently, so I decided to give it a spin and see how it compares to using it on Windows 10. Cortana first debuted on the company’s mobile OS Windows Phone 8.1 remaining an exclusive until the release of Windows 10. With competing Digital Assistants from Apple, Amazon, and Google it’s a hot market to be in. It is even looking like the next logical step beyond search. Although Apple had a head start with Siri, the company has experienced a few setbacks with it not living up to its promises, but the latest revision, especially on the iPhone 6S, is quite improved, and I will say it right now, even superior to Cortana in many ways. 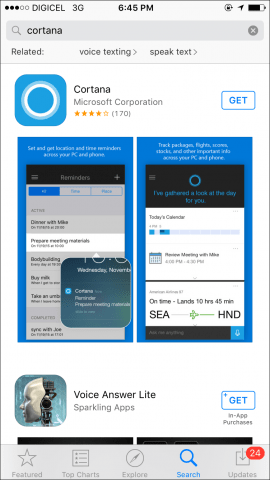 After downloading, you will need to set it up, Cortana guides you through the quick setup wizard. First, the privacy statement, which details the data that Cortana collects to make it a useful digital assistant. Tap I agree to begin. 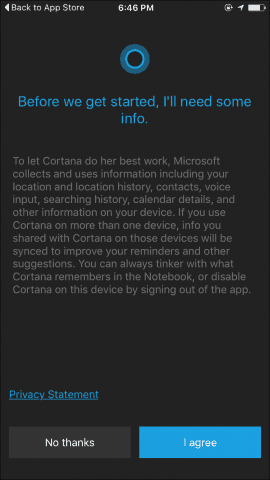 You will need to have a Microsoft Account, since an essential part of Cortana, is the ability for your searches and notebooks to roam with you. So whether its Windows on the desktop, an Android device, or iOS, Cortana will know you. If you have Microsoft’s two-factor authentication enabled, you’ll need to go through the extra security step. 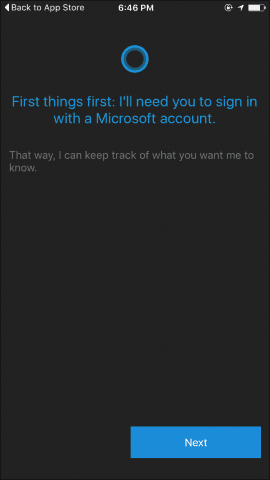 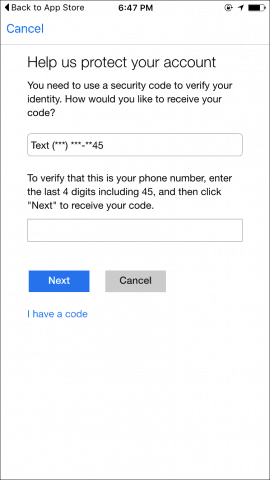 For Cortana to do a good job, you need to give it access to your location, too. I also recommend enabling Notifications. 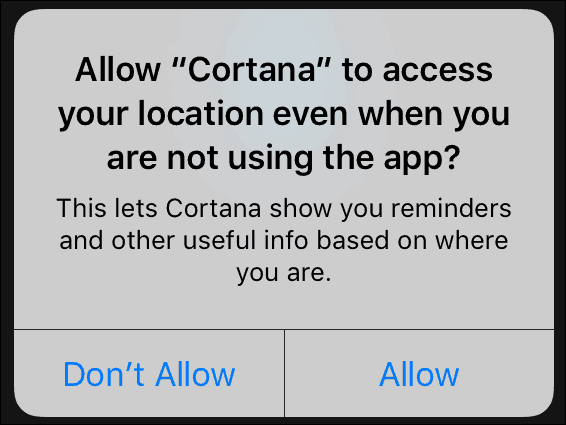 Once you are setup, Cortana will present an interface that you see on Windows 10. You have access to all your interest which you can quickly access from the Notebook hamburger menu in the app. 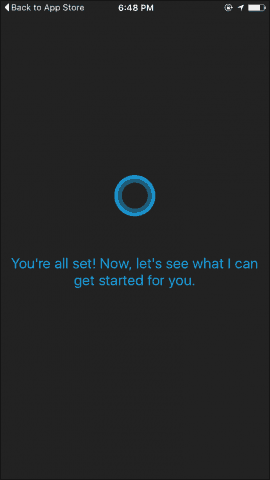 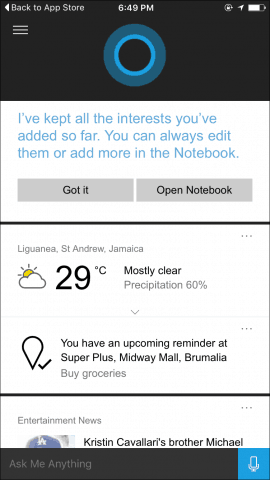 When you’re ready to interact with Cortana, tap the microphone and allow it access to your iPhone’s microphone. By the way, the Hey Cortana feature does not work quite the same as on Windows, you have to tap the mic, say Hey Cortana then state your query. On Windows 10 it’s pervasive, and once it’s on, it is always listening. Cortana sounds way more natural than Siri, too. 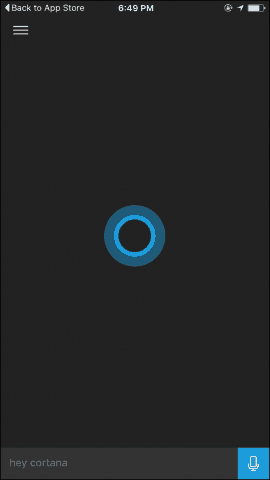 I had some initial hiccups with Cortana understanding to my voice. I don’t think it was an accent issue, but it kept displaying “listening” and then it showed recommended search terms. I tried and tried but no response. I closed the app and gave Siri a try to see if it was a connection problem. 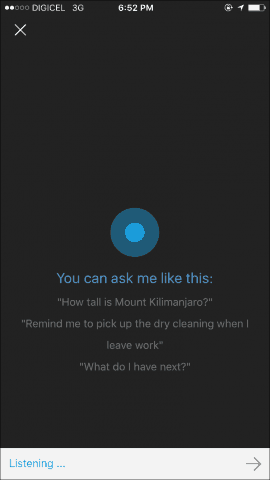 Siri performed like a champ, and one of the immediate differences was how fast it is. So of course, it’s not a network issue, and I will forgive Cortana since it does not have the type of low-level access Siri has because it is an Apple designed feature running on Apple hardware. I reopened Cortana, and it worked this time. The same queries took a little longer, but it worked. 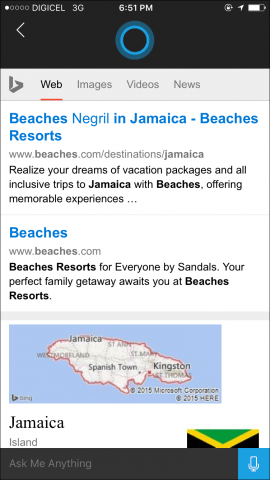 As noted, Cortana works just like it does on the Windows 10 desktop or phone, so familiar settings are easy to access and adjust. 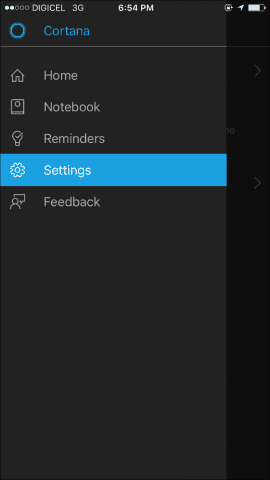 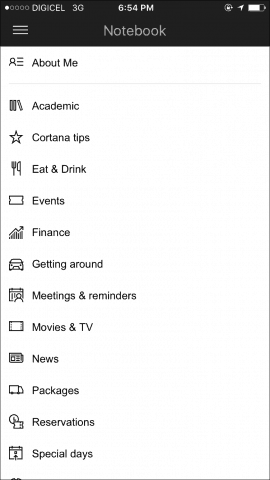 Siri – as you can see, it looks a bit nicer and richer, not to mention faster since it’s designed for iOS specifically. 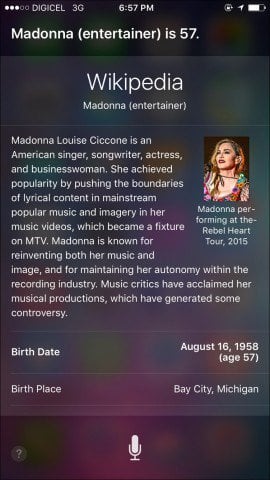 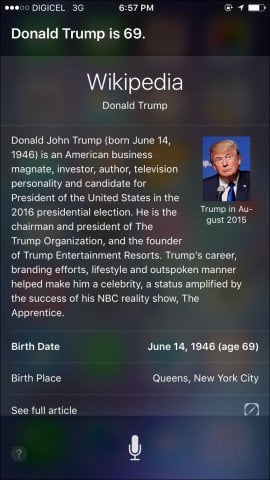 Cortana – admirable, but performance shows there is more work to do. 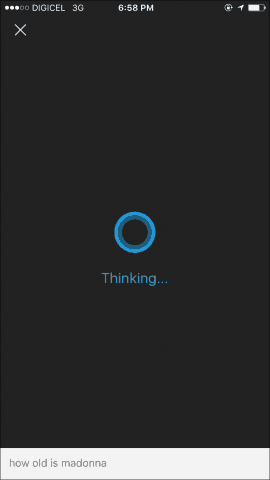 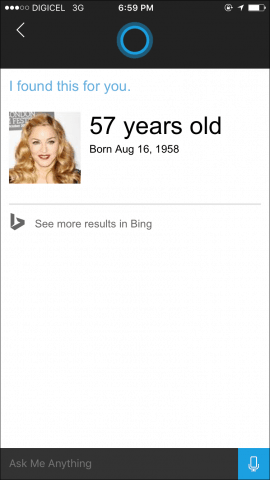 Overall, this is a worthy effort, and I see that Microsoft has invested a lot in bringing this cool tech to competing platforms. If you love the iPhone but miss having some of the advances of Windows, this is an excellent addition. Microsoft is living up to its promise of turning the iPhone into the iPhone Pro. If you want something a little more subtle and less techy, the Bing app for iPhone is also recommended. I like this Cortana though, but I don’t see myself trading up Siri on iPhone anytime soon. Just the hardware integration alone with easily calling her up using the button, faster response without the need to be ‘Thinking’ gives her the edge over Microsoft’s

I like this Cortana version for iOS, though. But I don’t see myself trading up Siri on iPhone anytime soon. Siri just works better, which is understandable.

Have you tried Cortana on your iPhone or other iOS devices? Let us know what you think about it in the comments below.