In recent months, Apple has taken steps to allow the iPad Pro to perform more like a computer. But is the pro tablet ready yet to completely replace a laptop?

Since Apple launched the first iPad in 2010, I’ve owned nearly every version that has ever been released. However, none of these tablets were purchased to replace my laptop, which is currently a 2018 MacBook Pro. Up until about a year ago, I would have never considered ditching my computer for a tablet. However, Apple has made some exciting moves in recent months that make me strongly rethink that opinion, although I’m not entirely there yet. These moves include a nice mix of hardware and software considerations – some already realized and others coming soon.

Since announcing the first iPad Pro in late 2015, Apple has released six models in the family, for which there are currently two, the 11-inch iPad Pro and third-generation 12.9-inch iPad Pro. Unlike the previous models, each features Face ID, not Touch ID, and comes with a USB-C port rather than Lightning.

Apple’s iPad Pro models have always been packed with better internals than regular iPads, making them more powerful and expensive. The current lineup includes an A12X Bionic chip and Neural Engine with an embedded M12 coprocessor and a nearly edge-to-edge Liquid Retina display. Each includes 4GB of RAM except the 1TB storage model, which has 6GB of RAM. Also noted: these are the first Apple tablets to support the second-generation Apple Pencil, which was also announced and released last fall.

Many have trumpeted the hardware specs on the iPad Pro, even the first-generation models. However, the tablet’s powerful internals have always been slowed by limitations on the software side. Some of these have included software-based hardware restrictions, including the tablet’s inability to work with external storage solutions and with input devices like mice. 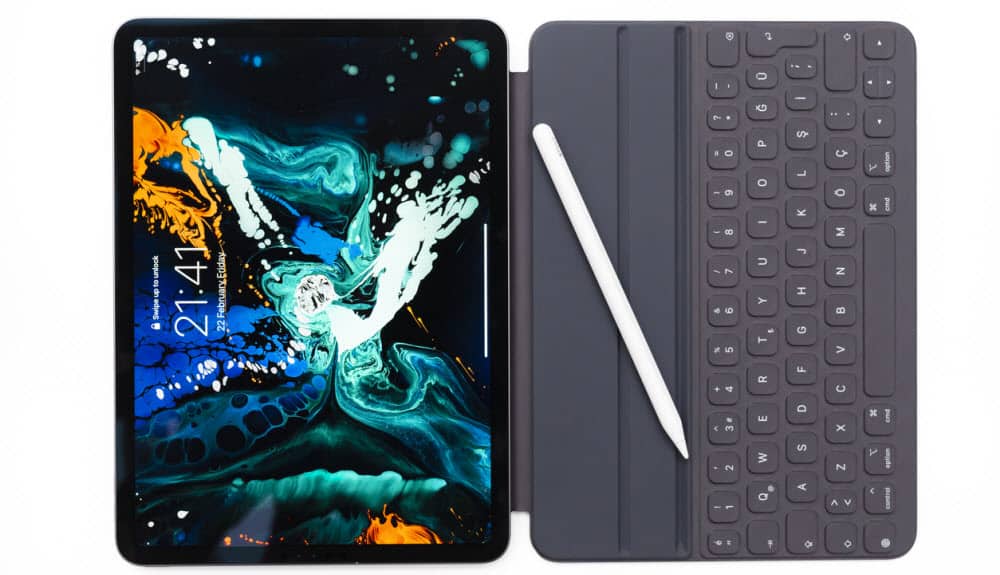 On the software side, iOS was never designed to duplicate or eventually replace macOS. Instead, with each passing year, Apple expanded iOS to include features best described as macOS light. Unfortunately, the yearly updates have almost always focused on making the iPhone, not iPad, users the happiest. Centering attention on iPhone has made sense from a business standpoint as iPhone sales have consistently outpaced those for iPads. In recent quarters, however, iPhone sales have slowed, and in some cases, dropped year-over-year. It seems the result has forced Apple to turn more of its attention towards iPad, starting with iOS 12 in 2018, and especially with iPadOS 13 this year.

Although slapping a superstitious number to its name might suggest otherwise, iPadOS is entirely new. And it signifies the first time iPhones and iPads have used different operating systems. But make no mistake; everything you’ve loved about iOS remains in iPadOS. With the split, you’re going to start seeing changes and updates that work best on tablets; many of these look a lot like macOS.

The introduction of iPadOS does get the iPad Pro closer to becoming a full-fledged computer killer. However, some problems remain, as you can see below.

Here are five ways Apple is making it easier for you to consider ditching your computer for an iPad Pro thanks to iPadOS:

With iPadOS, Apple is expanding the use of the USB-C port to include external storage support. This added functionality means accessing files on a USB drive, SD card, or hard drive. Yes, just like a computer. You can also connect to a file server at work or a home PC using SMB.

Through accessibility changes, you’re also going to be able to use mice with iPad Pro, but perhaps not in the ways you expect. Yes, the support is there, but it’s hidden and not nearly as robust as similar support on a computer, as CNET first noted in June. However, it’s a step in the right direction, in my humble opinion.

Look at Those Files

For external storage support to work, Apple has revamped the Files app in iPadOS. The native app looks like Finder in macOS and includes a new Column View that makes it easier to browser files deep in nested folders. With Quick Actions, you can rotate, mark up, or create a PDF with ease. The Column View also displays metadata, so you can see the details for each file as you browse. The Files app also includes a Download folder where you’ll find web downloads and attachments from Safari and Mail and the ability to zip/unzip files for sharing or discovery.

Other notable changes coming to the Files app include:

Safari is growing up in iPadOS, starting with automatically opening a website’s desktop version for iPad. In doing so, touch input maps correctly when a website expects mouse or trackpad input. With website scaling, you’ll see sites at their optimal size. And scrolling within web pages is now faster and more fluid.

The internet browser on the iPad is also adding per-site settings, photo upload-resize, page zoom, expanded email sharing options, and much more. There are also weak password warnings and a full toolbar in Split View.

iPad has always offered an excellent lineup of text-editing tools. In iPadOS, those are being expanded to include more desktop-like features. There are new gestures to cut, copy, and paste text and also better cursor navigation. With the new Multiselect, you can quickly select email messages, files, and folders by tapping with two fingers and dragging. Using Text Select, you can highlight text by tapping and swiping. For quick sentence and paragraph selection, you triple- or quadruple‑tap. Using a double-tap intelligent selection, you can select addresses, phone numbers, email addresses, and more, like never before.

If you’re creative, you’ll want to check out the new custom font feature in iPadOS. With it, you can install fonts and use them in your favorite apps and download new fonts from the App Store. You can also see and manage the fonts you’ve installed in the Settings app.

With each new operating system, the iPad gets smarter when it comes to multitasking. In iPadOS, Apple has pushed multitasking into overdrive. With Slide Over, for example, you can see multiple apps at the ready and quickly access your favorites with just a swipe. You can also (finally) have various windows open of the same app. For example, you can work on two or more Notes or Pages documents, maps, etc.

Finally, the updated App Switcher and App Exposé, respectively, show spaces and windows for all apps along with title windows and lets you see all the open windows for an app by tapping its icon in the Dock.

Many examples suggest your iPad Pro could eventually replace your computer. However, I’m not convinced that’s the direction Apple is heading. Instead, I think Apple’s moves have mostly been designed to enhance a combined Mac and iPad experience rather than altogether remove the need for the former.

Look no further than the impending introduction of Sidecar on macOS Catalina as proof the game here is one of enhancement, not a replacement.  The Apple tool allows you to connect your tablet to your computer remotely. In doing so, you can mirror your Mac on your iPad, extend your computer’s display, or have your tablet serve as a high-precision input device for supported Mac apps. On that last point, the iPad-supported Apple Pencil becomes the star of the show on macOS. 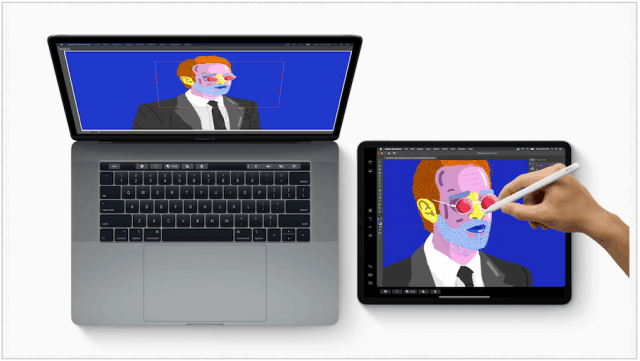 Then consider Apple’s ongoing Catalyst program that’s being developed to allow app developers to create one project to run across multiple devices, including iPhone, iPad, and, yes, Mac. Previously known as Project Marzipan, Catalyst is still in the early stages, and its scope is likely to change over time. For now, however, Apple wants to make it easier for third-party iOS developers to offer their products on other platforms. This almost certainly includes iPadOS and macOS and vice-versa.

One of the most important reasons many have discounted even the thought of replacing their computer with a tablet is the lack of third-party apps on the former. This issue, surely one of the reasons behind Project Catalyst, isn’t going away anytime soon.

In recent years, companies like Microsoft and Adobe have developed iOS versions of their most popular apps. However, in many cases, this isn’t a complete jump from one operating system to the other. Because of this, many of the features found on the computer versions are missing on the mobile version. In other cases, an iOS or iPadOS-based equivalent hasn’t yet been released. Adobe Photoshop is the most striking example of this.

Adobe has long been an essential player in the App Store. To date, however, there isn’t a full version of Adobe Photoshop available to iPad users. Apple and Adobe promise this is about to change, and perhaps before the end of 2019. Until this and other computer-based apps find a consistent home on iPadOS, using an iPad Pro for all tasks won’t be possible for most users.

In recent months, Apple has allowed the iPad Pro to perform more like a computer. However, the time hasn’t yet come when most users could suddenly replace their laptop with a tablet. This could change in the future, of course. For now, however, think of the iPad Pro more as an auxiliary tool for Mac rather than a replacement. Otherwise, you might be disappointed, even with iPadOS, which should launch to the public in September.