Apple iPhone: Compare Versions and Models from the X to iPhone 13 Pro Max

Apple’s iPhone history since the iPhone X is made up of lots of handsets. Do you remember them all? Here’s a look back at the old and forward to the new.

Apple introduced the radically new 5.8-inch iPhone X in 2017 to mark the 10th anniversary of its top-selling product. Since then, the company has released a steady stream of successor handsets each year, with all but a handful largely based on that first one of the second iPhone decade. From the iPhone X to the iPhone 13 Pro Max, each Apple handset has been special something new to the table from larger sizes to better displays to improved batteries. Here’s a look at every iPhone history over the past five years. 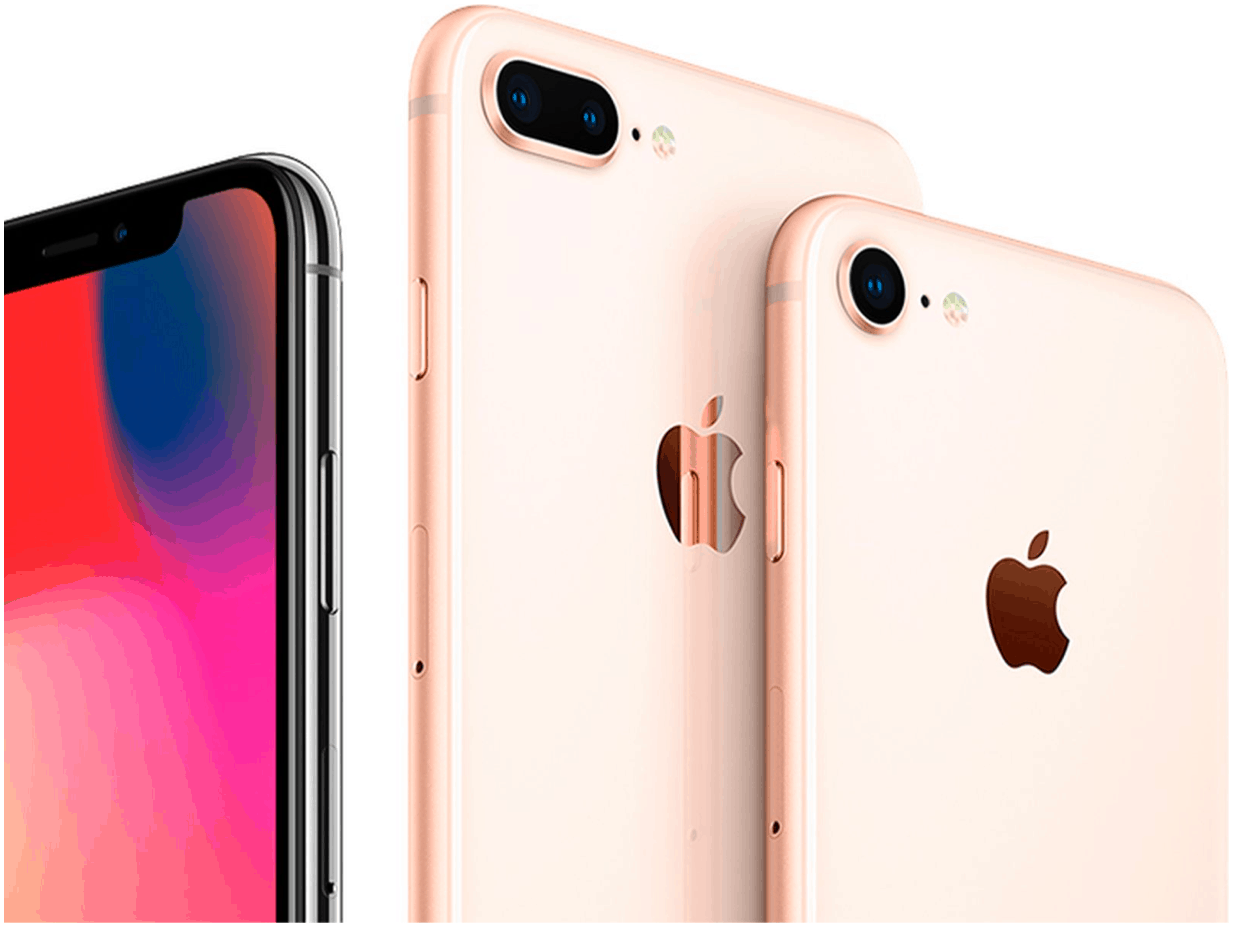 The year 2017 marked the first time Apple introduced more than two handsets at the same event. The iPhone X, iPhone 8, iPhone 8 Pro made their debut at the media event on September 12 that had the tagline, “Let’s meet at our place.” Also making a debut was the Apple Watch Series 3 and Apple TV 4K.

Though it was announced in September 2017, the highly-anticipated iPhone X didn’t actually arrive until early November due to product delays. Featuring a bezel-less design and OLED, the handset introduced a new type of authentication, Face ID, which uses sensors to scan the user’s face to unlock the device. In addition, because of the new face-recognization capability, the iPhone X shipped with a new feature called Animoji, animated emojis that reacted to the user’s expression. Inductive charging was also introduced.

Priced at $999, the 5.8-inch iPhone X was the most expensive Apple handset to date. It was available in two color options: silver and space gray.

iPhone 8 and iPhone 8 Plus

For those unwilling to spend ten Benjamins on a smartphone, Apple offered the iPhone 8 and iPhone 8 Plus. Like the iPhone 6 and iPhone 7 series, these phones kept Touch ID and a noticeable bezel. However, like the iPhone X, they included a glass back and inductive charging. 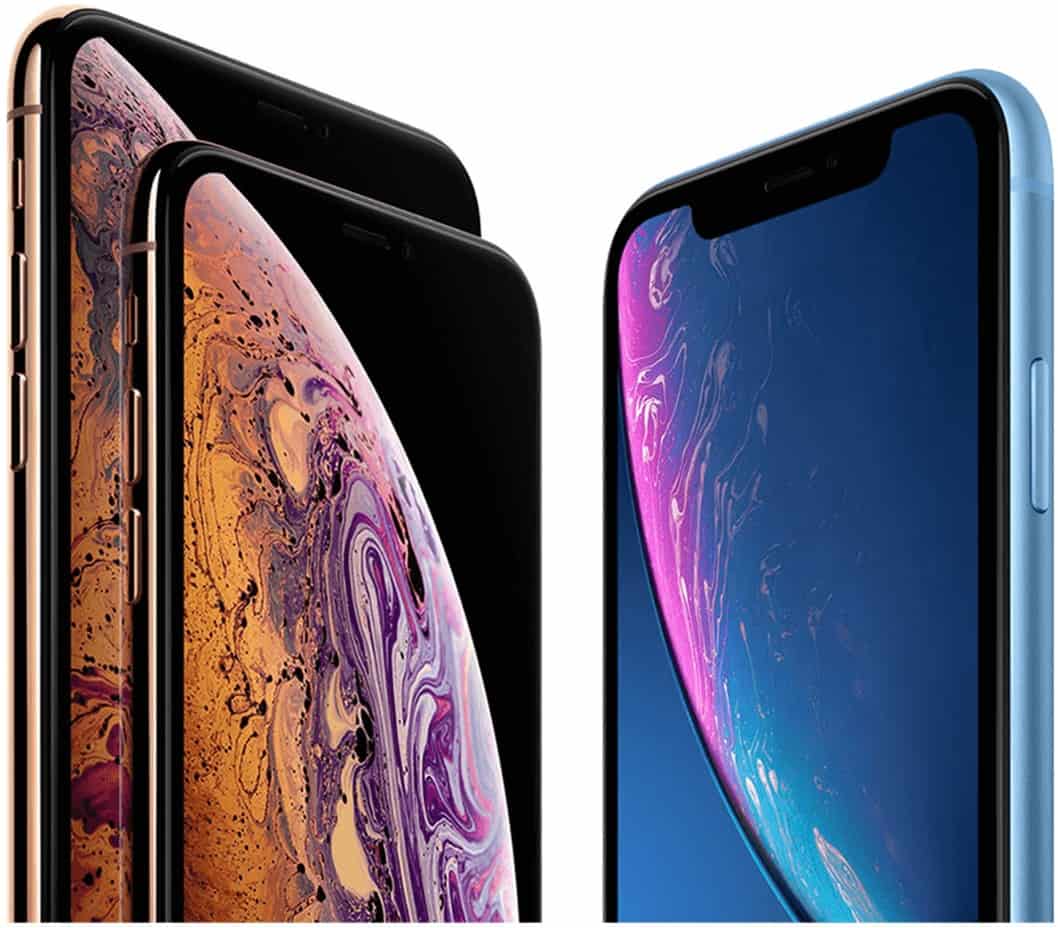 In a surprising move, Apple discontinued the iPhone X just 10 months after it arrived in stores. In its place was three new handsets, the iPhone XS, iPhone XS Max, and iPhone XR, announced at the September “Gather round” event. Also announced on this date were the Apple Watch Series 4.

The 5.8-inch iPhone XS was nearly identical to its predecessor, the iPhone X. However, the iPhone XS Max was the first “Max” handset, and its 6.5-inch OLED display was the largest to date for an Apple handset.

Meanwhile, the 6.1-inch iPhone XR model featured a Liquid Retina LED, and it also shipped with an Apple A12 Bionic chip. This model brought bright colors back to iPhone for the first time since the iPhone 5c was launched in 2013. The iPhone XR had a long life and is one of the most popular iPhones in history; it was discontinued at the iPhone 13 event in September 2021. 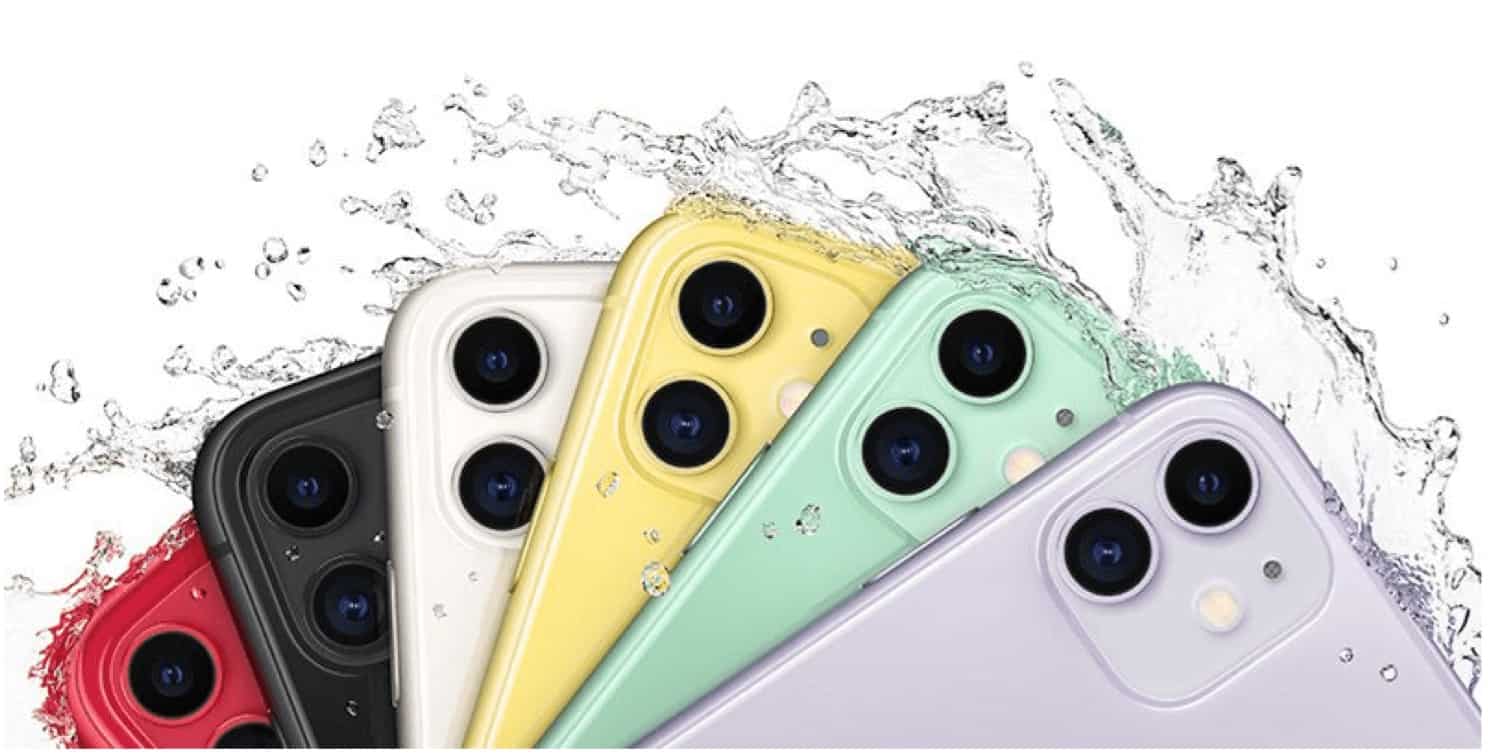 In 2019, Apple introduced the first handsets in the iPhone Pro series alongside a regular iPhone model. The divide between the two has typically centered on the materials used on the device and the camera system. The iPhone 11 (besides the iPhone SE (2nd-generation) became the last iPhone to include an LCD, not OLED.

Apple revealed the three new handsets at the “By innovation only” event alongside the Apple Watch Series 5 and 7th generation iPad.

The 2019 iPhone Pro handsets were the first to include a triple-camera system on the rear side. In addition, beginning this year, the Pro lineup featured one unique color: Midnight Green. 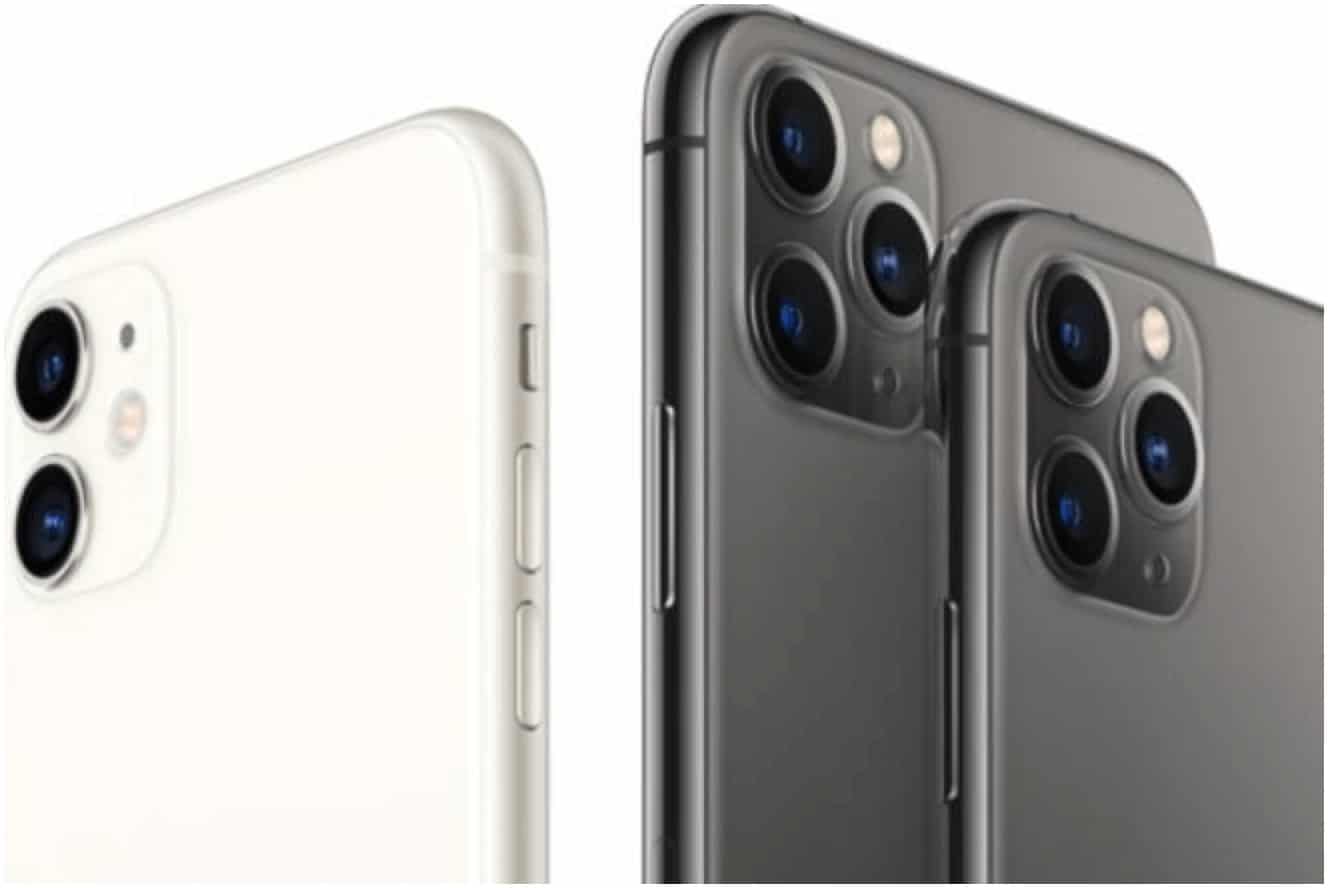 Though COVID-19 pushed the annual iPhone event online, it proved to be one of the best in recent memory. In October, the “Hi, Speed” event showcased the iPhone 12, iPhone 12 mini, iPhone 12 Pro, and iPhone 12 Pro Max. The new handsets were announced after the HomePod mini. In a big surprise, Apple announced MagSafe charging for iPhone and ceramic shield fronts on all four models.

The 5.4-inch iPhone 12 mini was nearly the same as the regular iPhone 12 model, except for its size and battery. The iPhone 12 and iPhone 12 mini, like the iPhone 11, were Apple’s less expensive models. Each featured the same internals as the iPhone 12 Pro series, with the differences most noticeable on the camera systems and body materials used.

For this year’s Pro lineup, Apple introduced a Pacific Blue model as the iPhone 12 Pro Max became the largest iPhone to date, 6.7-inch across. Elsewhere, the Pro models once again picked up three rear-facing cameras and included a surgical-grade stainless steel body.

On April 24, 2020, Apple introduced the iPhone SE (2nd-generation). The 4.7-inch smartphone was designed to replace the iPhone 8 (which was retired following the announcement). It arrived three years after the original iPhone SE left the market. The iPhone SE is currently Apple’s least expensive handset and the only one to keep a Touch ID button.

The iPhone SE (2nd-generation) included some of the features found on the iPhone 11, which was released a few months before. These included an A13 Bionic chip, a glass front/back, and similar capacities. And yet, it doesn’t offer a Liquid Retina display, nor will you find an Ultra-Wide camera.

Whether Apple keeps the iPhone SE (2nd-generation) around long-term is anyone’s guess. But, at least for now, it’s available and serves as a great starting smartphone. 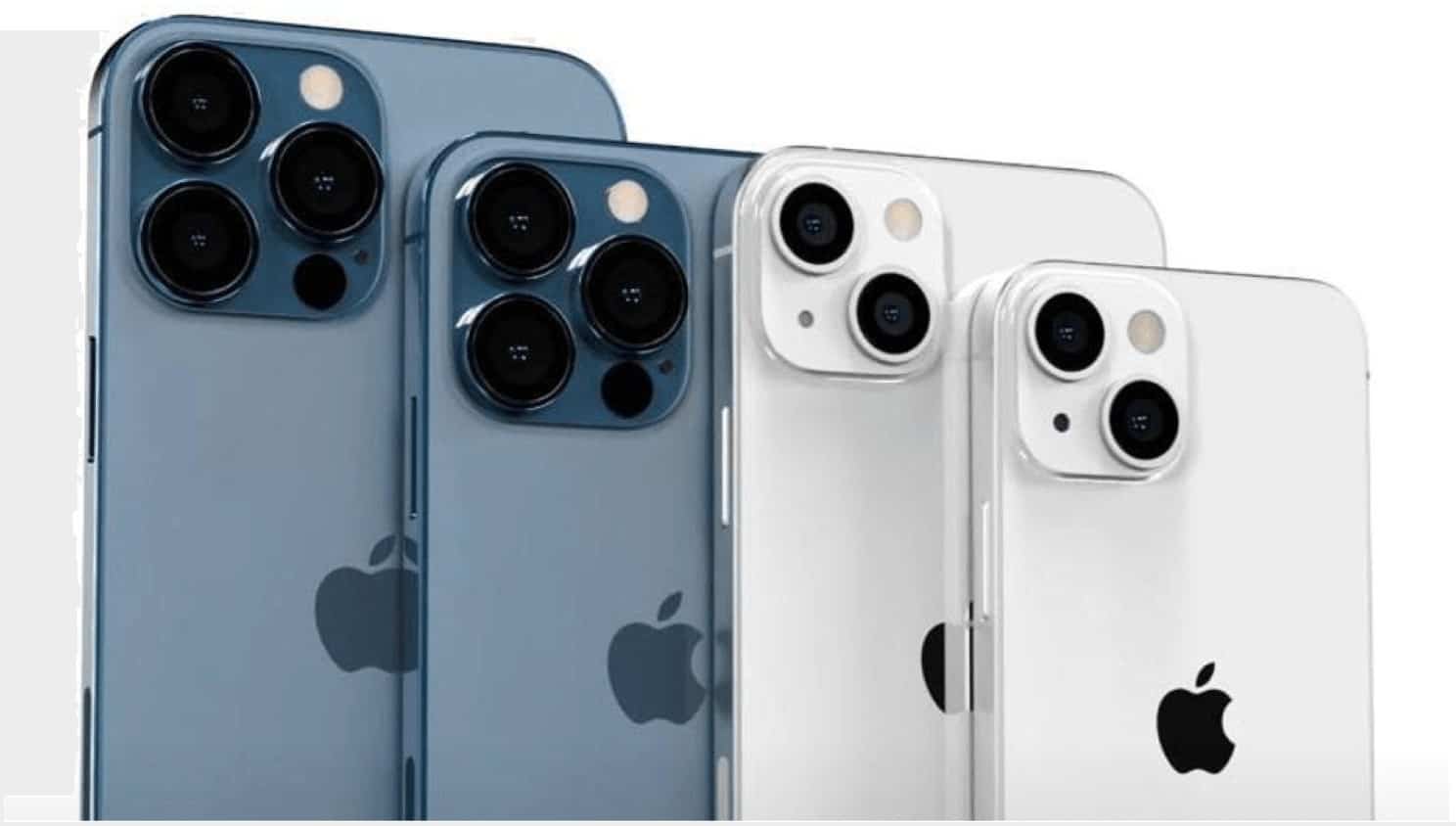 Finally, this brings us to the 2021 iPhone lineup. Very much similar to last year’s lineup, the iPhone 13 series is noted for its improved cameras across the board, 1TB iPhone Pro option, and introduction of Cinematic mode. The four new handsets are the iPhone 13, iPhone 13 mini, iPhone 13 Pro, and iPhone 13 Pro Max.

Alongside the new iPhones, Apple revealed the iPad mini 6 and the ninth-generation iPad at the “California streaming” online event.

Here’s the current iPhone lineup alongside the various price points. They range from $399 for the least expensive iPhone SE (2nd-generation) to $1,599 for the 1TB iPhone 13 Pro Max.

As you can see, Apple has released a lot of iPhones in the last five years. So it will be interesting to see where iPhone history goes from here in 2022 and beyond.

Apple iPhone: Compare Versions and Models from the X to iPhone 13 Pro Max