The Apple iPhone 13 event is over and the big winner wasn’t Apple’s top-selling product line. Although that’s not to say the new handsets aren’t awesome.

If Apple’s holding an event in September, it’s nearly certain a new iPhone is making its debut.  So was the case this week, although the star wasn’t so much the Apple iPhone 13 as it was the new iPads announced. That’s not to say the other announced products didn’t shine, including the all-new iPhone 13 series. However, this year’s event across the board featured incremental hardware updates rather than anything extraordinary. And one announced device was downright disappointing. 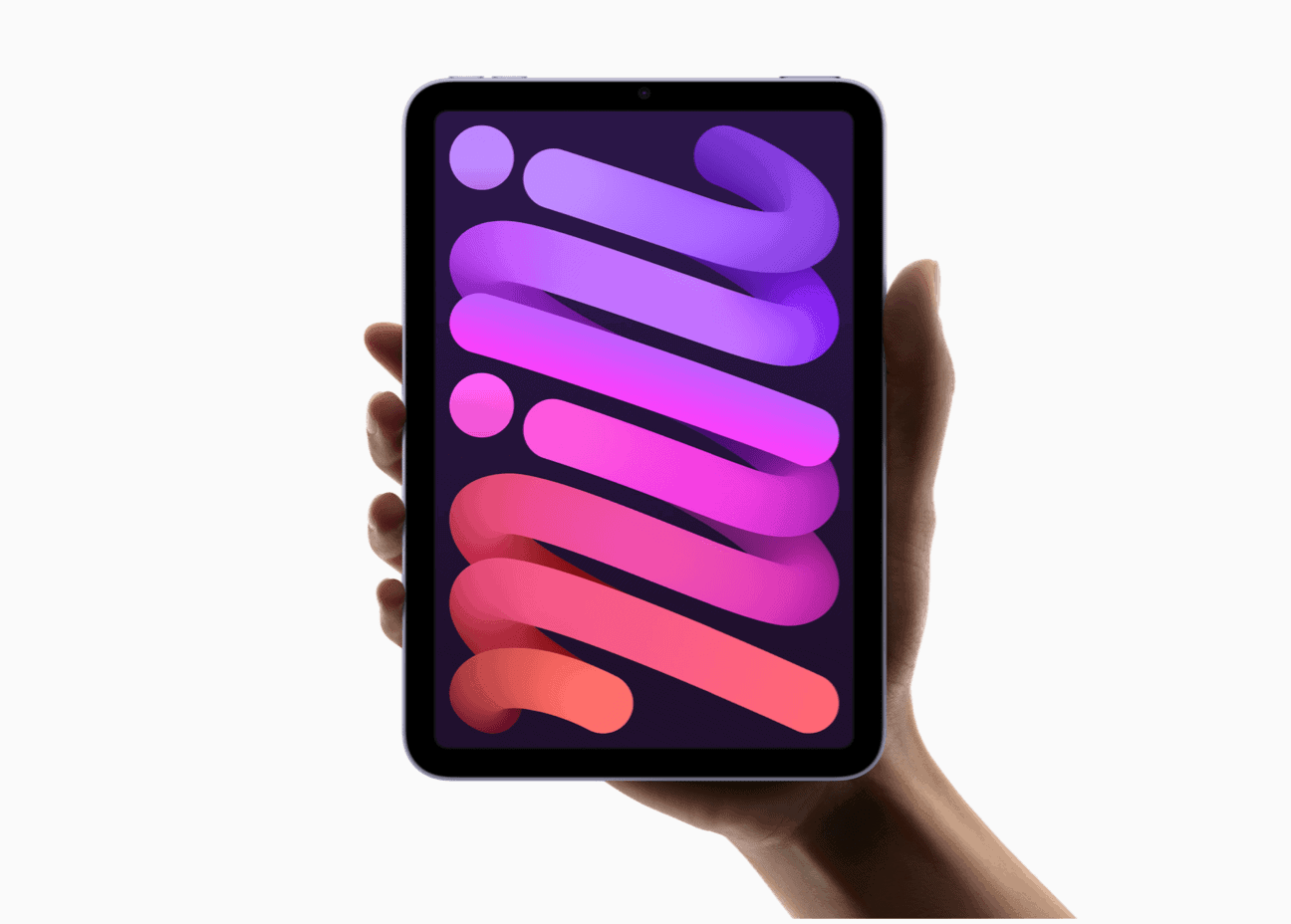 A few years ago, it looked like the iPad mini would soon become history. Then the iPad mini 5 launched, and the smallest of Apple’s tablets lived to fight another day. Fast-forward nearly three years and the arrival of the sixth-generation iPad mini. Featuring a new design and display size, this is perhaps the first iPad mini that justifies its price that sits between the entry-level iPad and mid-priced iPad Air.

For the first time, the iPad mini doesn’t feature a 7.9-inch display. Instead, it now includes an all-new 8.3-inch Liquid Crystal Display with True Tone. Inside is the same A15 Bionic chip with Neural Engine found in the also announced iPhone 13 series. There’s also 5G compatibility on the Wi + Cellular version, a 12MP Ultra Wide Front camera, and second-generation Apple Pencil support.

The iPad mini 6 also comes in four fresh colors that will remind some of the colorful iPad Air 4 that launched last year. Additionally, like that tablet, the iPad mini 6 becomes the second Apple tablet to include a fingerprint identity sensor built into Touch ID.

For anyone who’s been waiting for Apple to add some spark to the iPad mini, your patience is now being rewarded. The iPad mini 6 looks like a big winner and should be flying off the shelves this holiday shopping season. 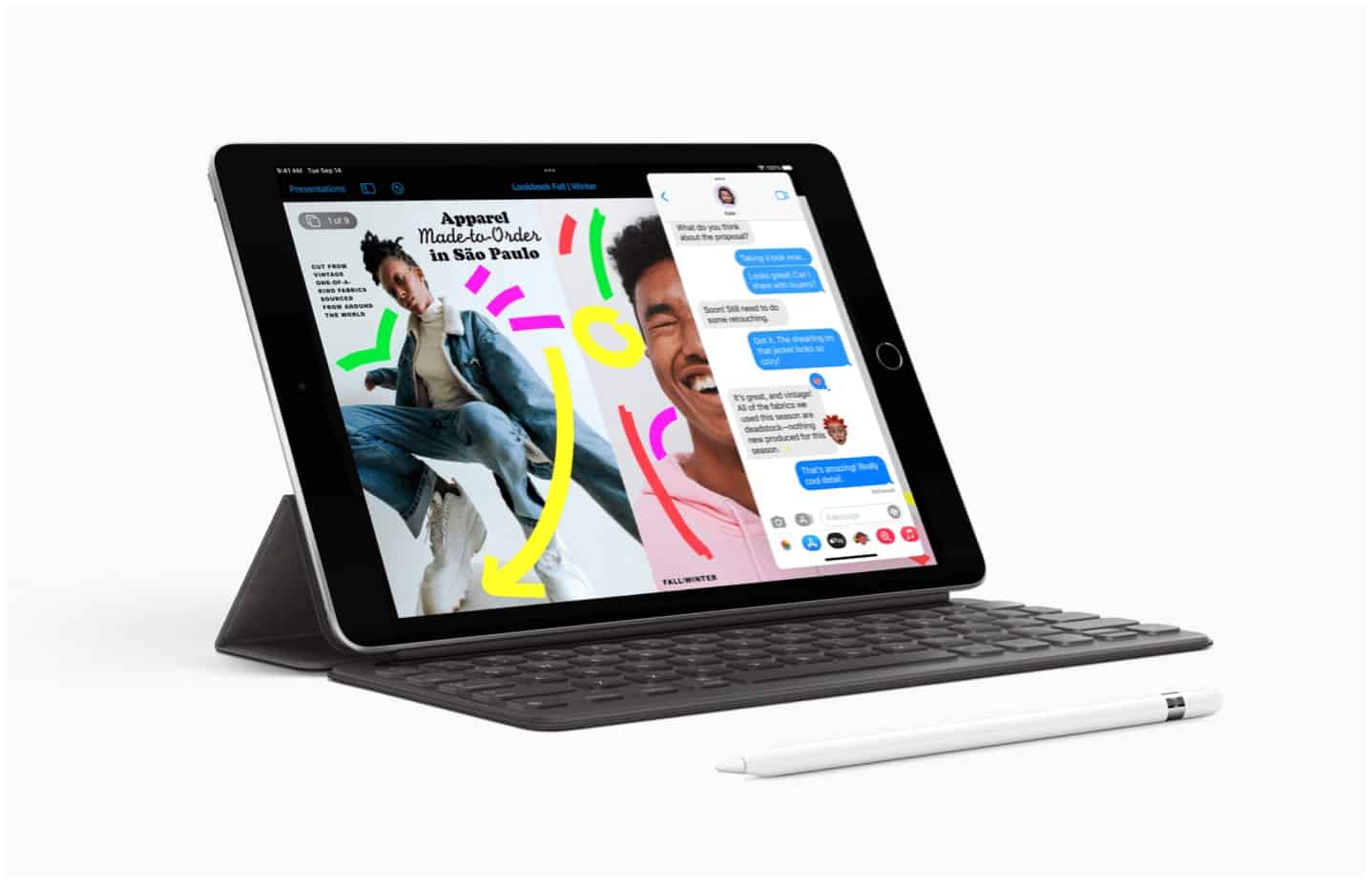 Thanks to its budget price, the least sexy Apple tablet on the market is also the most popular. Now, there’s even more to love in the iPad (ninth-generation). Still starting at $329, the 10.2-inch iPad for 2021 includes a few noticeable upgrades, including an all-new Retina display with True Tone and an A13 Bionic chip with Neural Engine. The tablet also offers a 12MP Ultra Wide Front camera. Best of all, the model now starts at 128GB for the same price as last year’s 64GB model.

Beyond this, the iPad (ninth-generation) will feel familiar to anyone who has used an Apple tablet in the past decade since it’s now the only one to include a Home button with Touch ID. 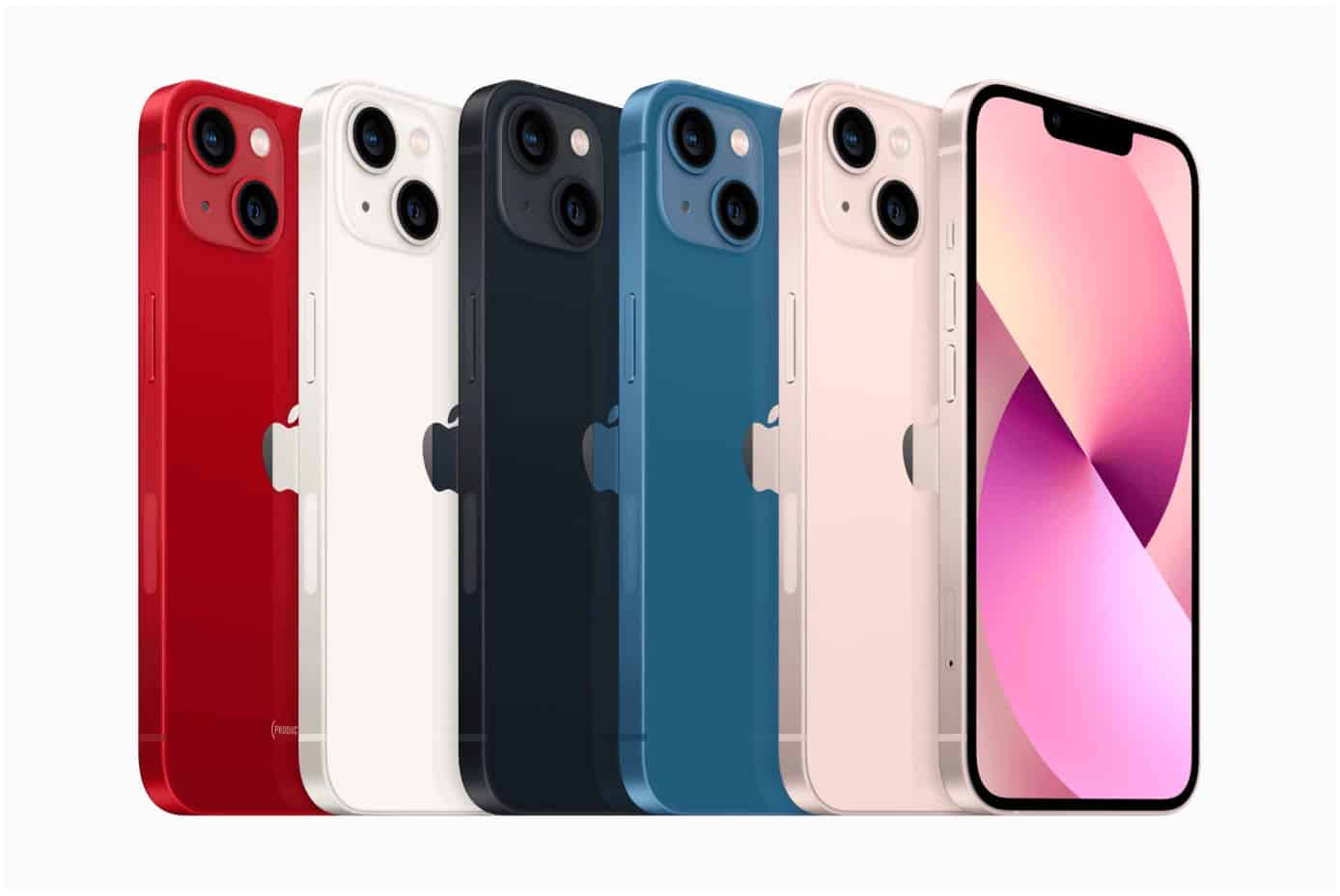 Over the last few years, one thing that has impressed me about Apple is its decision to have regular and “Pro” iPhone models. The differences between the two versions have always come down to camera specs and the materials used for the iPhone chassis. Inside, however, they have always included the same internals. This year, for example, all four iPhone 13 models include the A15 Bionic chip.

Without even touching any of the four iPhone 13 series devices, it’s clear the iPhone 13, iPhone 13 mini, iPhone 13 Pro, and iPhone 13 Pro Max have become the best Apple handsets it has produced to date. And yet, none of these devices are for iPhone 12 series owners. Yes, by upgrading, these folks will get a better processor and improved cameras regardless of the phone. However, so much about these models is the same as the iPhone 12 series that it’s obvious that next year’s models are almost certainly going to feature a new design and game-changing new features. It’s those types of goodies that probably convinced iPhone 12 series owners to make that purchase in the first place.

If you have an older iPhone or are looking to buy one for the first time, you should consider the iPhone 13 or iPhone 13 mini rather than the iPhone 13 Pro models. The reason? Again, it’s important to look ahead to 2022. If you already own a 2- or 3-year-old iPhone, it’s probably gonna be worth waiting another year to get a Pro model. 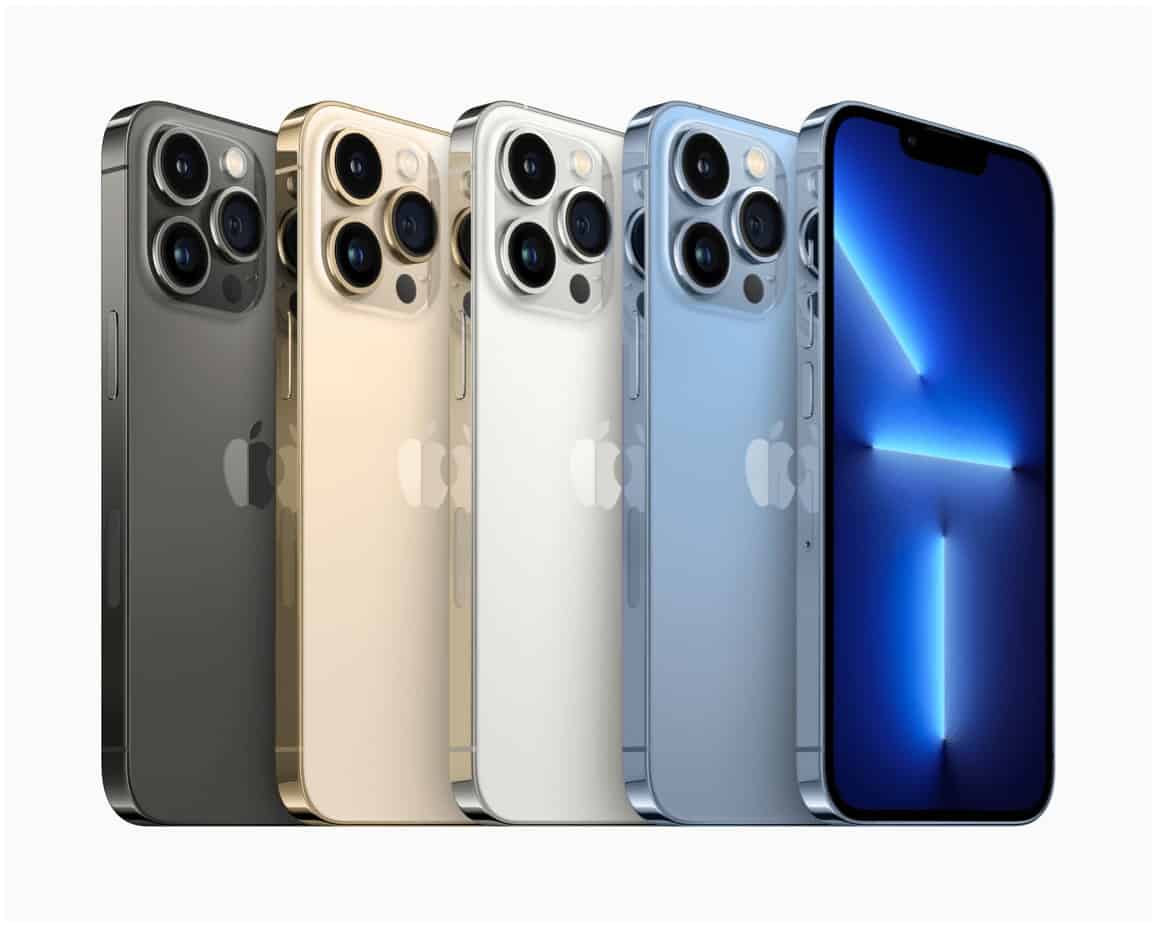 The iPhone 13 series is short on new features. However, one to check out is Cinematic mode. The technology lets you record videos of people, pets, and objects with a depth effect with automatic focus changes. In other words, even you can now produce professional-like videos. 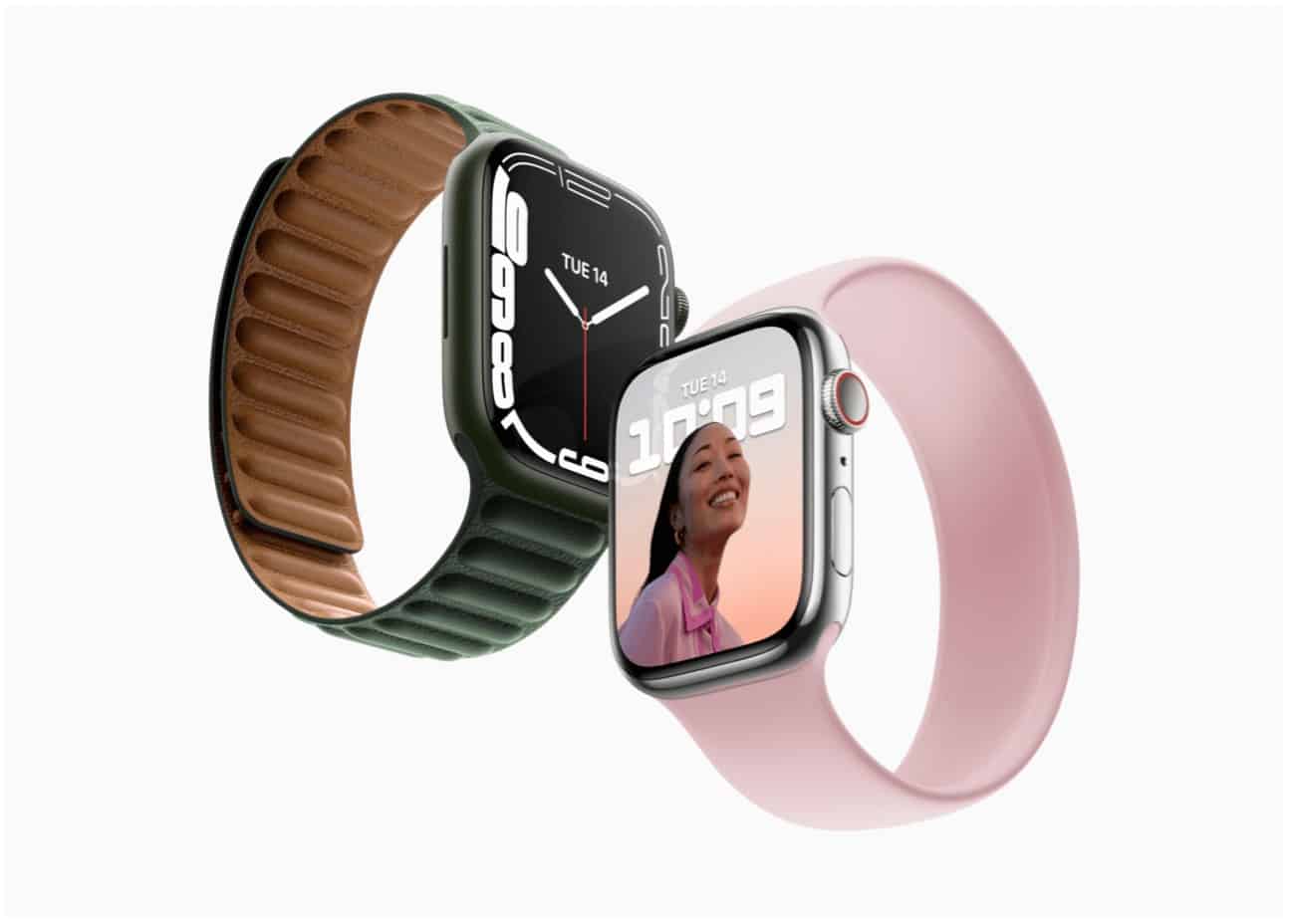 This brings us to the Apple Watch Series 7, perhaps the biggest Apple product disappointment of 2021. For months, the rumor mill suggested a radical new Apple Watch design was coming with significant health-rated changes on the inside. That didn’t happen. Instead, the company announced a wearable device with only a slightly larger display that’s ever-so-slightly more durable. It also features quicker charging — although you still need to charge it daily.

Like the iPhone 13 series before it, the Apple Watch Series 7 isn’t for anyone who made a purchase in the last year. For those folks, it’s best to wait until 2022 when (hopefully) there’s an Apple Watch update worth considering.

Apple can’t wow us every year. In the case of the iPhone and Apple Watch, 2021 is definitely one of those years of incremental updates. This isn’t bad or good, just the way it is. However, if you’re in the market for a new iPad, there are definitely two new models worth exploring. Just hold off on buying the new Apple Watch!