The BodyGuardz Pure iPhone 5 Premium Glass screen protector differentiates itself from others as it’s made of glass instead of plastic. And it’s tough!

If anyone knows me at all, they’ll know that I am not fond of screen protectors or cases on my computers or mobile devices. I have a long history of tossing out cases in favor of using my devices without them. So it stands to reason that I was more than skeptical when I was given the BodyGuardz Pure screen protector for iPhone 5. However, in a shocking departure from my normal attitude toward these things, I found myself mostly satisfied with this screen protector.

The BodyGuardz Pure Premium Glass screen protector differentiates itself from most others by being made of glass instead of plastic. This made it feel just like the iPhone does without a protector, which is very important to me. It also means it won’t have that horrible orange peel effect that most screen protectors develop over time. 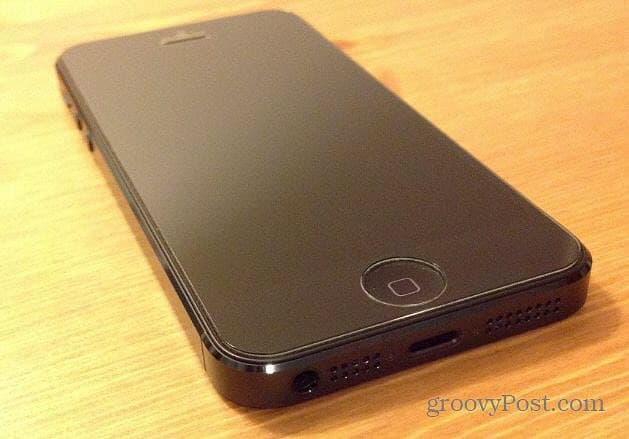 In addition to the actual glass screen protector, Bodyguardz provides a wet wipe to sanitize and clean the applicant’s hands. They include a small wiping cloth to clean the phone and rid it of any lint or dust. It’s still essential to be in a lint free area (or as close to lint free as possible), and under a light source to see stray pieces of lint or dust. The actual protector itself is covered in two pieces of plastic — one to cover the adhesive side, and another to cover the front. They also provide simple instructions detailing the recommended way to apply it.

The application process couldn’t have been easier. The fact that this is a rigid, stiff piece of glass made it a breeze to line up with the earpiece and home button. Once it was lined up, I was able to press down and smooth out most of the air bubbles immediately. There were only a couple that needed to work themselves out over time, and even those disappeared after about 24 hours.

Just as a comparison, I tried applying a plastic screen protector from Bodyguardz. Even though they supplied two of them, I couldn’t get either one on my phone. It just wouldn’t lay straight, kept sticking to itself, and was near impossible to get on without finger prints or lint getting in it. Obviously in my experience, the glass version was far superior. The only difficulty I encountered with the glass protector was when I tried taking it off to get rid of a piece of lint I accidentally trapped while applying it. While it is easy to mess up, it’s also not impossible to re-apply the glass protector. I wouldn’t expect having the same luck with the flimsy plastic ones. 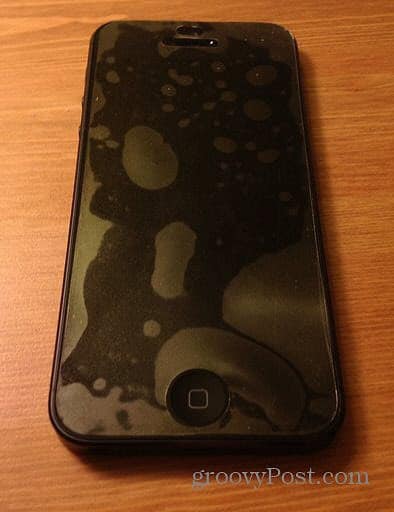 I was pleasantly surprised to find that usability of the phone wasn’t hindered in the least bit with the Pure glass protector on. Touch sensitivity was exactly as it was without the protector. In fact, in some ways using my phone was actually better with the screen protector! The BodyGuardz protector minimizes glare and reduces the visibility of smudges from fingers. It even does this without giving the screen that ‘matte’ finish look that most protectors do in order to reduce glare. Admittedly, it doesn’t completely remove all glare, but it does a nice job without compromising the look and feel of a glass screen. 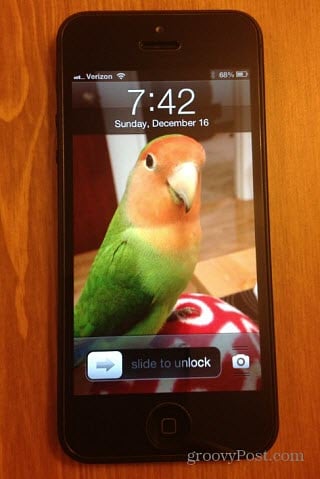 The protection the screen offers is very good as well. While I didn’t attempt taking a hammer to my phone like demonstrated in their video below, I did attempt to rigorously scratch the screen with my keys. I was unable to find any scratches or marks from doing this. Even if I was able to scratch the protector, at least it wouldn’t be the actual iPhone display. I can attest to the fact that the iPhone’s glass does scratch, too — I have been treating it with kid gloves and still managed to find hairline scratches only weeks after using it.

The price is $39.95 per protector with a 30 day money back guarantee. If, for some reason, the BodyGuardz protector does get damaged, they offer low cost replacements for $12. 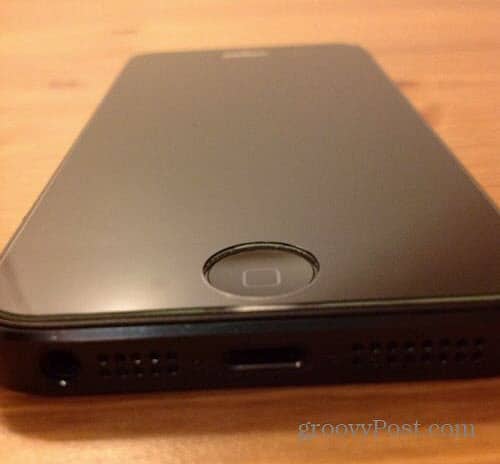 The other, perhaps bigger drawback to this screen protector is that the phone will not fit in most cases with it on. This is especially true for the cases that have a “lip” that extends beyond the front of the phone. Unfortunately this means that most of the more durable and protective cases won’t work with it. So for those who are more clumsy with their phones, it might be more important to have a good strong case than this screen protector. It’s probably best to go and actually try out cases with the protector installed to see what will work.

Despite some of these issues, the BodyGuardz Pure is absolutely the best screen protector I have used. I certainly won’t even think about going back to the plastic film protectors. Applying it was mostly hassle-free, and doesn’t get in the way of using the phone at all. Since it’s glass, it doesn’t cheapen the feel of the iPhone at all either. I’d recommend this to anyone who wants to keep their phone out of a case, but still wants to keep the screen free of blemishes. More clumsy folks may want to still look to a more complete case, though.

BodyGuardz touts protecting your iPhone 5 screen under some insane conditions. While I didn’t go as far as the following video, it has definitely protected my screen against dings, accidental scratches from keys in the pocket, and general daily use.