Managing running process on your Android smartphone is important to keep it running smoothly, and eek out as much battery life possible. Most Android devices are equipped with a built-in Task Manager, but most of them aren’t that great or don’t offer advanced features. Advanced Task Killer (ATK) helps you manage app memory usage on your smartphone.

As its name suggests, ATK lets you easily kill apps running in the background on Android devices. You can kill or start apps, add them to an ignore list and more. When you start your phone, Android starts up apps and processes that can hog the device’s resources, and as a result, your phone responds slowly and eats up valuable battery power. 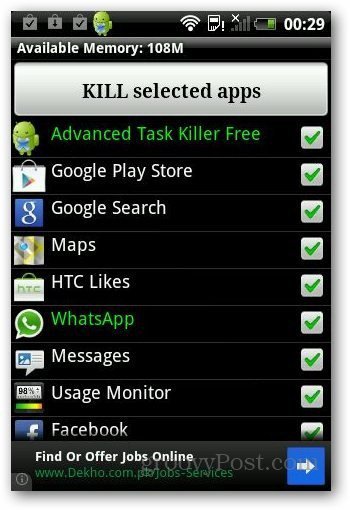 First install Advanced Task Killer from Google Play. After installing it, just launch it from the Apps menu and it will show you a complete list of apps and process that are running in the background. Tap on the apps from the list to select / unselect them. Then tap on the Kill Selected Apps button and it will close them right away. Along with the list of applications, it also shows available free memory. 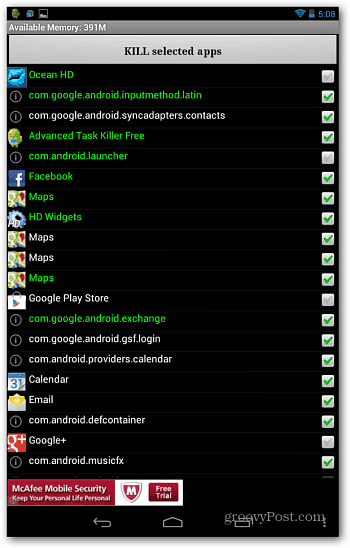 Tab on the menu button on your smartphone and go to Settings. There’s a lot of options available. You can auto-start apps when the device starts up, maintain ignore lists, manage default click actions and much more. 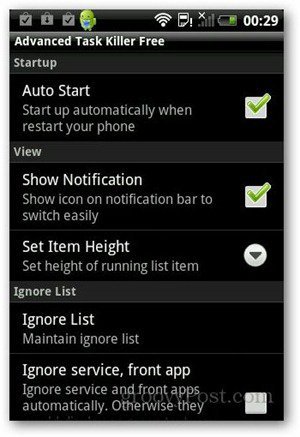 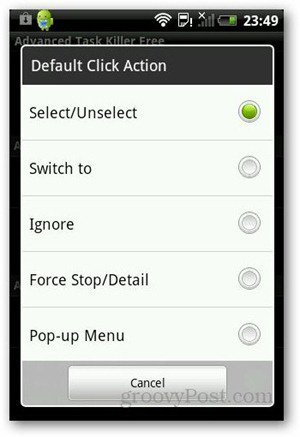 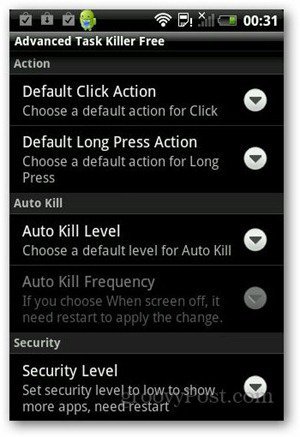 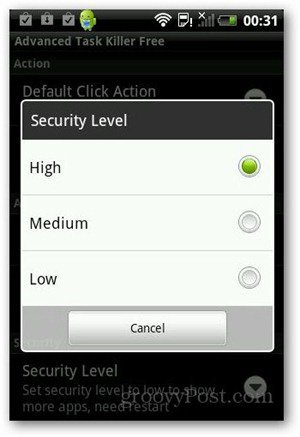 Since I started using Android, this was one of the first apps I installed on my smartphone. I was using a lower end device and with too many apps running in the background, it would really slow down my phone — to a crawl. The built-in task manger didn’t show me all the apps and tasks running in the background. After using Advanced Task Killer, the experience was much faster and it ran more fluidly. I would recommend giving this one a shot especially if you have a low to mid range Android device. The free version does display ads. But you can get rid of them by purchasing the Pro version for $4.99.

A similar one for Android you might want to try to free up memory is Mobo Task Killer. If you’ve tried ATK or have another favorite similar app, leave a comment and tell us about it.