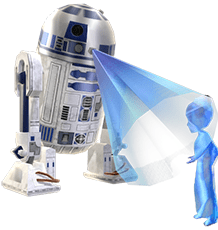 The Star Wars Digital Movie Collection is available for pre-order today on Xbox Video, and it includes a few exclusive special perks with the deal.

The Star Wars digital movie collection is now available for pre-order and own on April 10th. Along with all six movies, Microsoft is providing an exclusive Xbox video offer that includes a few incentives to pre-order the collection. 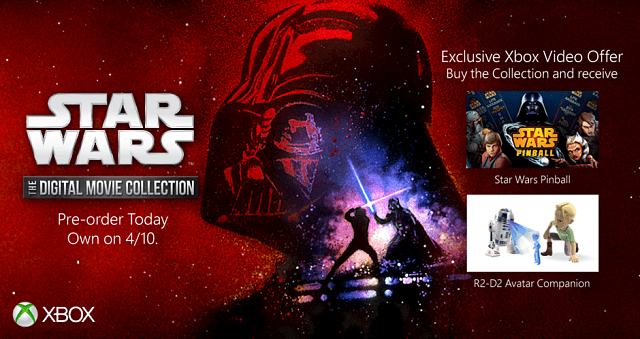 You’ll get everyone’s favorite droid R2-D2 as an Xbox Live avatar. Also, you’ll receive a Star Wars Pinball Pack for the popular Pinball FX 2 on Xbox One and Xbox 360. 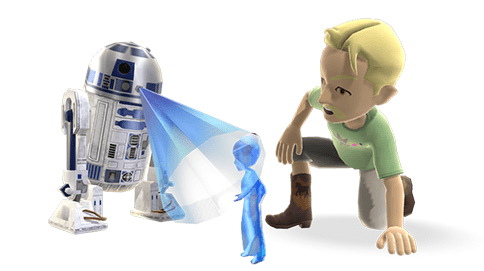 In addition to that, you’ll also get an exclusive Star Wars featurette video that’s a 60 second sneak peek at bonus material included in the collection. Microsoft says in Xbox Wire:

In addition, Disney is offering a Star Wars featurette video exclusively for Xbox customers; only by pre-purchasing the Saga on Xbox Video will you receive an exclusive roughly 60 second sneak peek at the bonus material included in the Star Wars Digital Movie Collection. Customers will receive the Xbox-exclusive featurette when they pre-purchase the “Star Wars” saga bundle on Xbox Video, then all six epic films in the Saga will be added to their collection in all their high-definition glory on April 10.

The three original Star Wars movies are the digitally enhanced versions, and not in their original form, so you should have a great HD media experience overall. Of course you can order through the Xbox Video app on your PC, Xbox console, or Online.

You can also get the collection on other streaming video sites like Google Play and iTunes, but only through Xbox Video do you get the extra bonuses described above.