Today Microsoft released the latest Redstone 5 build to Insiders in the Skip Ahead ring and it includes the Sets feature for everyone.

Microsoft today released the latest version of Windows 10 Redstone 5 to Insiders in the Skip Ahead ring. Not to be confused with yesterday’s RS4 Build 17115 released to the Fast ring, this build is Redstone 5 which is an early look at what’s coming with the next major feature release planned for the coming Fall. One notable new feature available with this build is the Sets tabbed experience. Of course, there are several other changes and improvements as well, here’s what’s new.

The Sets feature was originally introduced in A-B testing with Insider builds of Redstone 4 this past year but was quickly abandoned. After some work, it returns and is available to all Insiders who get this build in the Skip Ahead ring. The Sets feature is like having multiple web pages open in your browser, but this is for apps. “With Sets, 1st party experiences like Mail, Calendar, OneNote, MSN News, Windows and Microsoft Edge become more integrated to create a seamless experience, so you can get back to what’s important and be productive,” explain Microsoft’s Dona Sarkar and Brandon LeBlanc.

There are new improvements to Sets including new File Explorer integration, support for Win32 apps, keyboard shortcuts, and more. To see the Sets feature in action and get a better idea of how it will work, check out the following video from Microsoft.

Here is a list of other changes, improvements and fixes that you can expect in this latest build:

As always, there are known issues and other changes for both builds. Make sure to read Microsoft’s post to get a full list of all new features, known issues, and developer notes. 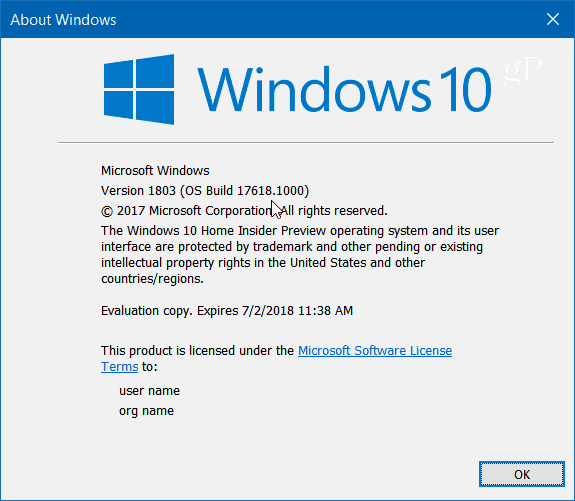 If you’re in the Skip Ahead ring of the Windows Insider program, let us know how things are working out for you and what you think of Sets. Leave a comment below or join our Windows 10 Forums for more discussions and troubleshooting advice.