While all of the world’s eyes are on Windows 10 for the desktop, Microsoft today is rolling out a small update for Windows 10 Mobile preview. Here’s a look.

While all of the world’s eyes are on Windows 10 for the desktop, Microsoft today is rolling out a small update for Windows 10 Mobile preview for Windows Insiders.

This update brings developer enhancements and is not a new build. It’s the same build, but with some improvements for app developers. 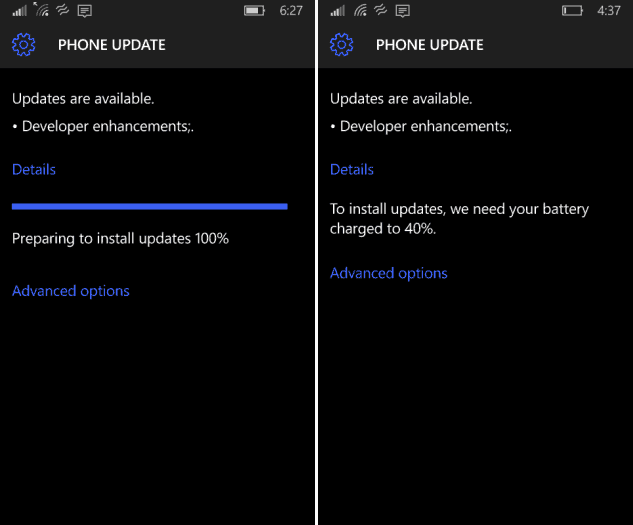 If you’re running Windows 10 Mobile preview on your Windows Phone or other devices (especially if you’re a dev). You will need to have Developer Mode enabled, then head to Settings > Update and Security > Phone Update.

Also, note that your phone’s battery will need to be at least 40% before it will update. As with other Windows Phone updates, make sure to keep it plugged into a power source.

After the update downloads, you will need to restart your device. Everything for this update is under the hood, and you won’t see any new features or UI enhancements. 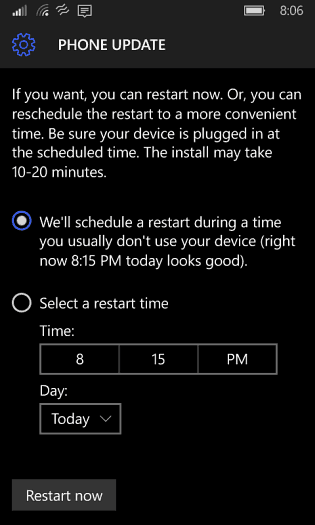 This is good news for folks developing new programs and features for the mobile version of Windows 10. While Windows 10 for PCs launched earlier this week, we won’t see the official Windows 10 Mobile upgrade released until sometime later this fall.