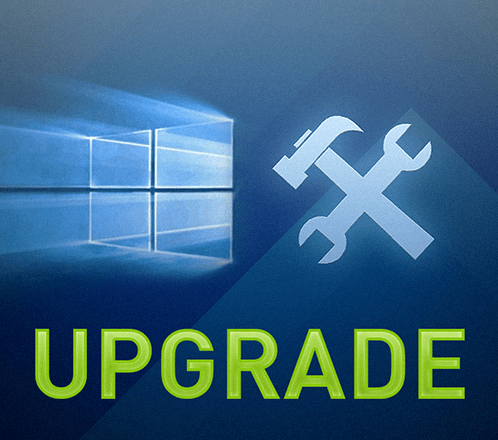 Roughly 2 years after its release, Microsoft is ending servicing for Windows 10 version 1507. Read on to find out what this means for you.

The year 2017 will mark Windows 10’s third anniversary, and the first release of the operating system will be approaching its end of support March 26th. Version 1507 – also known as build 10240 – will officially stop receiving updates. Since its launch in 2015, Microsoft has released two more revisions – 1511 and 1607 – with a new revision expected in March 2017 called the Creators Update. Microsoft unveiled Windows 10 in October 2014, emphasizing the operating systems change in release cadence and adopting a service-oriented delivery.

Update: Microsoft has now extended the deadline to May 2017.

Well, technically, you don’t have to, but if you want to keep your system secure and if you want to be able to continue accessing areas of the system such as the Windows Store, you might need to upgrade. Also, Windows 10’s new update cycle is beginning to prove itself: research into zero day exploits proved the recent Anniversary Update was able to avoid being compromised, while previous releases and versions of Windows succumbed to the same attack. A common reality for many users on previous versions such as Windows 7 was that Windows Updates were often ignored, not installed properly or disabled completely. Windows 10 Home edition is very aggressive with Windows Updates, requiring users to install them as they become available. Build 1607 made some concessions, letting users set appropriate times for installing updates.

Microsoft stated the following on its Windows for IT Pros blog:

With this announcement, Microsoft is encouraging customers on the Current Branch for Business releases such as 1507 and 1511 to move to 1607, which refines many of the pain points users experienced in earlier versions. For volume license customers, Microsoft has also certified the Anniversary Update as a Long Term Service Branch release. This means the company will support it with updates for ten years similar to a traditional life cycle. LTSB releases are appropriate for environments where regular upgrades are not supported or recommended, such as factory floor devices, defense systems, point of sale systems or machines kept offline.

The change mostly affects business customers, but its something to keep in mind about Microsoft’s commitment to its new software as a service model. If you want to learn more about the Windows Life Cycle and support, check out our previous article.