Android now has a new version of Skype. Version 3.0 is officially out, and it brings some interesting new features — including enhanced tablet support.

Android now has a new version of Skype. Version 3.0 is officially out, and it brings some interesting new features — including tablet support. 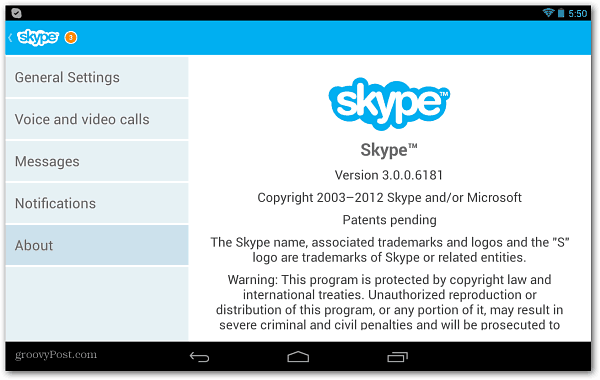 The new version has a revamped interface, which scales better (and looks better) on tablets with larger screens. It also features support for Skype’s wideband audio codec, SILK, allowing better audio quality. The codec makes Skype audio quality as good as possible over various connection speeds — even slower ones.

I’ve tried it on my Android smartphone and I have to admit the expereince was smooth and audio was better that what I’ve heard in the past. The new version also allows users to sign in with a Microsoft account too.

You can get the new version for devices running Android 2.1 and higher on the Google Play Store.